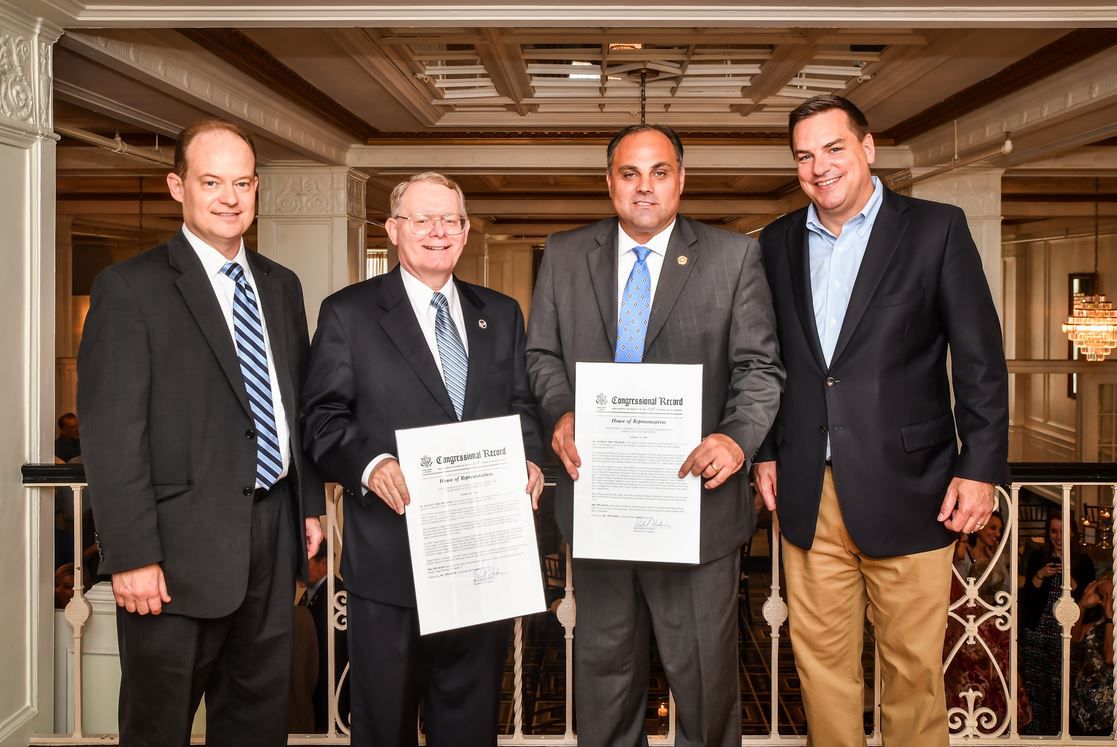 Judge Marty McGee, from left, pose with Judge Billy Hamby and Sheriff Brad Riley with the Congressional Record remarks that were read into the record by Congressman Richard Hudson. 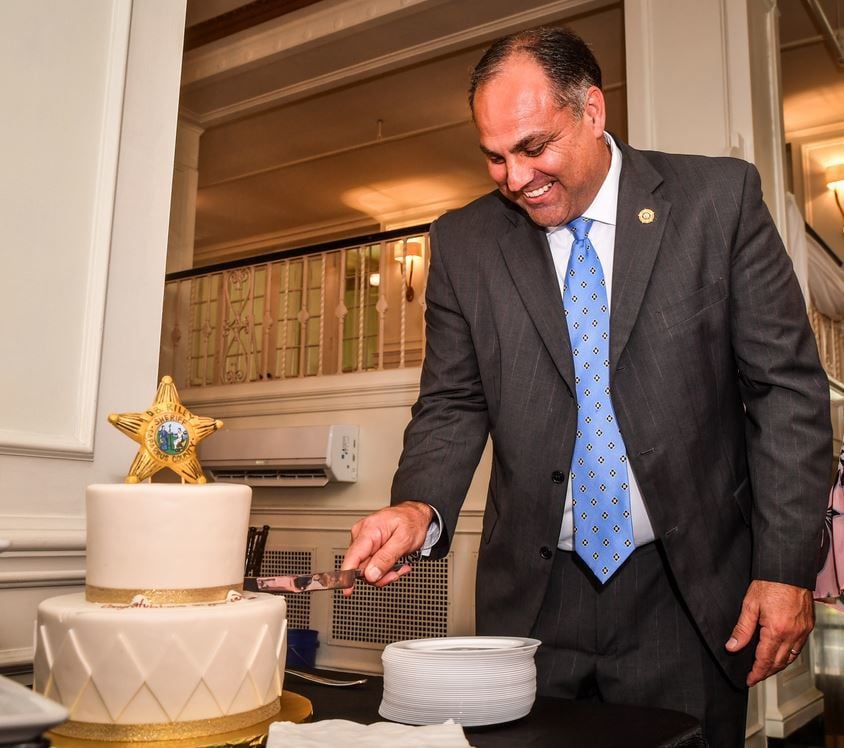 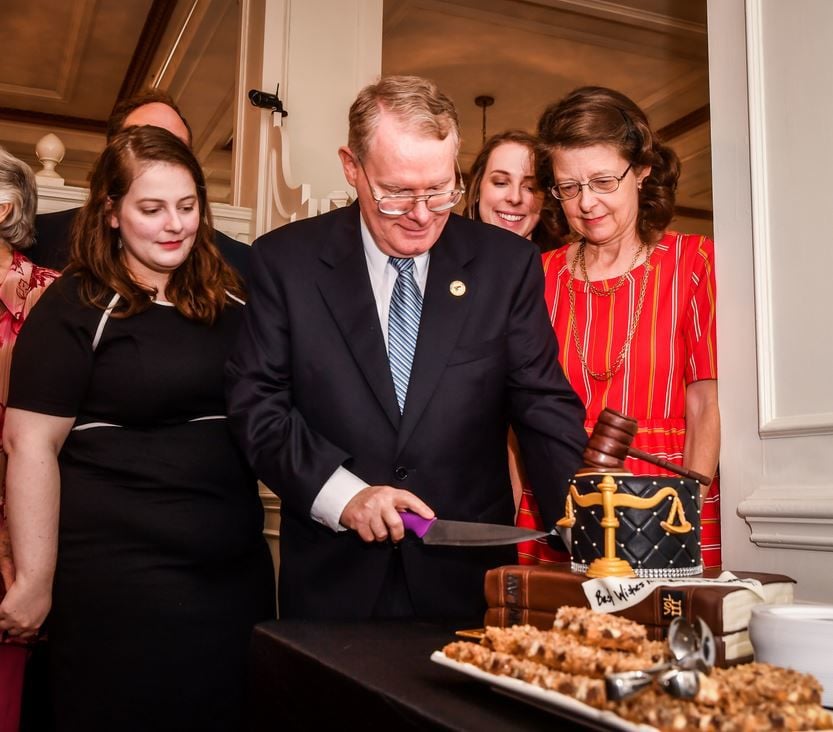 Retiring Judge Billy Hamby cuts a special cake for the occasion held at The Hotel Concord.

Judge Marty McGee, from left, pose with Judge Billy Hamby and Sheriff Brad Riley with the Congressional Record remarks that were read into the record by Congressman Richard Hudson.

Retiring Judge Billy Hamby cuts a special cake for the occasion held at The Hotel Concord.

Hudson submitted two Extension of Remarks for the Congressional Record, the official published account of the debates, proceedings and activities of the United States Congress.

“Judge Hamby has dedicated his entire adult life to public service. After Graduating from UNC- Chapel Hill, he began his career as a middle school teacher until he was called for jury duty for a second degree murder trial. This piqued his interest in the judicial system and led him to alter dramatically his life’s plans. He applied and was accepted to Wake Forest University Law School, where he graduated in 1983.

After graduation, Judge Hamby moved to Cabarrus County and opened a thriving law firm. He then ran and was elected as a Cabarrus County Commissioner, where some of his most notable successes included improving the tourism industry, creating the Concord Regional Airport and building water supply stations throughout the county.

Judge Hamby is married to his wife Vichele, and they have two wonderful children. I sincerely hope Judge Hamby enjoys his retirement, although I know he will stay active and engaged in the community.”

“I’ve known Sheriff Riley for many years, and throughout this time I have considered him a good friend. A lifelong North Carolina resident, Sheriff Riley attended Concord High School before heading to Appalachian State University for his Bachelor’s Degree in Political Science and Public Relations and receiving a Master’s Degree in Adult Education from N.C. A&T State University.

Sheriff Riley and his wife, Cindy, have two wonderful children, Brookelyn and David. It is my hope that Sheriff Riley will enjoy his retirement and remain a role model for all those he served over the years.”

Long-time Judge Billy Hamby and Sheriff Brad Riley are retiring at the end of their current terms later this year. Photographer Mike Anderson …

A time for Thanksgiving

Thanksgiving is a time for gratitude and traditions. We all have our own meaningful and unique ways to celebrate this special holiday.

Drugs and criminals crossing the border

We all have our different nighttime routines. Mine looks a little like this: eat dinner. Watch the evening news. Give my three year old son, L…

Business as usual in Washington

No, your mind wasn’t playing tricks on you. It wasn’t a case of déjà vu. Last week, Washington found itself in a stand-off facing a last-minut…

If you Google the word “irony,” one of the first definitions is, “happening in the opposite way to what is expected, and typically causing wry…

The shutdown and the border crisis

Why is Washington still at a standstill over border security and government funding? After trying to negotiate a bipartisan deal for weeks, Pr…

No need to fear Tax Day this year

Every year there are certain things we can count on when spring starts to roll around. People head outside to enjoy the warmer weather, family…