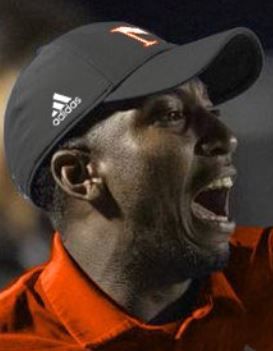 Both new leaders will be arriving from outside the county.

Northwest Cabarrus has chosen Eric Morman, a one-time assistant at A.L. Brown who resigned last week as the head coach at North Mecklenburg.

Meanwhile, Central Cabarrus tapped Zach Bevilacqua, who comes to the Highway 49 school from Monroe Sun Valley, where he was the defensive coordinator.

Morman replaces Brandon Gentry, who left Northwest Cabarrus in December to take over the new program at West Cabarrus after leading the Trojans to a 12-2 record and a share of their second straight South Piedmont 3A Conference title.

Bevilacqua was hired to fill the void left when Kenneth McClamrock stepped down at Central Cabarrus, also in December. The Vikings finished third in the SPC in each of the last two seasons, their first back-to-back winning campaigns since the 2012 and 2013 seasons.

Morman has five years’ experience as a head coach. He spent the past three seasons at North Mecklenburg, and the Vikings were 16-20 during that span. His best season came in 2017, when Morman guided North Meck to a 9-4 record and the second round of the Class 4A playoffs. This past season, the Vikings went 1-10 overall and were winless in the I-MECK 4A Conference (0-7).

Prior to North Meck, Morman was the head coach at West Stanly, where he went 10-13 with the Colts.

Bevilacqua spent the last three seasons as the top assistant at Sun Valley, but he’s a veteran in the business, having coached for 15 years, including a brief stop at the college level.

At Sun Valley, Bevilacqua helped the Spartans win at least 10 games in back-to-back seasons and take a 3AA regional title in 2017. He has also been the offensive coordinator at West Rowan and West Lincoln.

In addition, Bevilacqua had stints as an interim head coach at Indian Trail Porter Ridge and North Lincoln. And in 2005, he was an offensive assistant at Elon University, where he previously played along the offensive line and from which he graduated in 2006.

Bevilacqua played high school football at Matthews Butler, graduating in 2002. He earned a coveted spot on the North Carolina roster for the 2001 Shrine Bowl of the Carolinas.