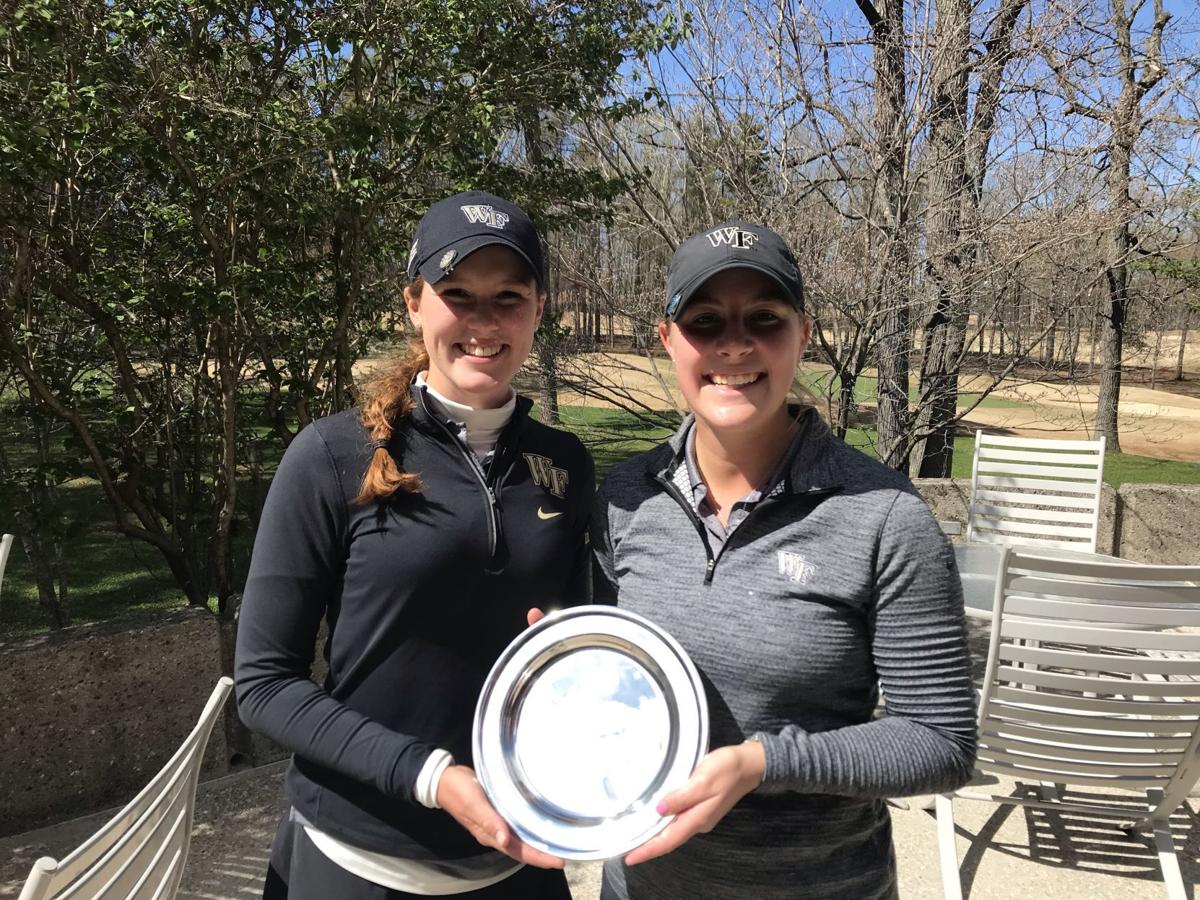 Emilia Migliaccio, left, and Jennifer Kupcho pose with the winning trophy on Sunday in the Bryan National held at Bryan Park. The Wake Forest teammates shared medalist honors as each shot 9 under over 54 holes. 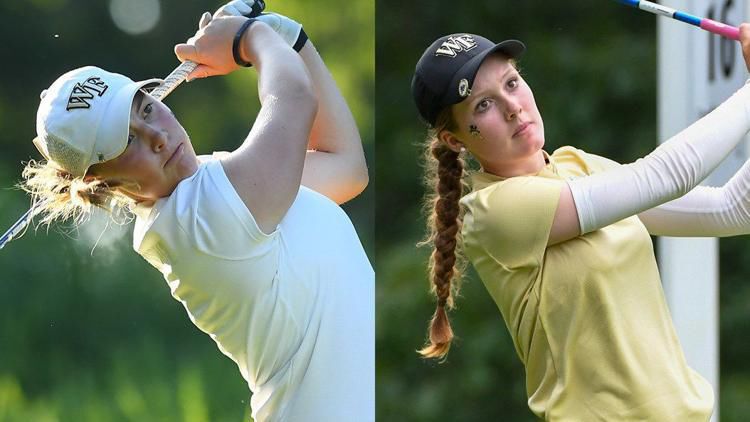 Jennifer Kupcho, right, is the top-ranked women's amateur in the world and Emilia Migliaccio is ranked 18th. Both will play in the Augusta National Women's Amateur this week.

Emilia Migliaccio, left, and Jennifer Kupcho pose with the winning trophy on Sunday in the Bryan National held at Bryan Park. The Wake Forest teammates shared medalist honors as each shot 9 under over 54 holes.

Jennifer Kupcho, right, is the top-ranked women's amateur in the world and Emilia Migliaccio is ranked 18th. Both will play in the Augusta National Women's Amateur this week.

Emilia Migliaccio, a sophomore at Wake Forest, couldn’t wait to wake up Monday morning and get on the road.

Her excitement had everything to do with where she was headed.

Migliaccio and teammate Jennifer Kupcho, who is a senior, are in the 72-player field. And make no mistake about it – this is a big deal.

“It’s really incredible now that the week is here and this tournament is happening,” said Kupcho, who was last year’s NCAA champion who has won nine times in her career with the Deacons and is the No. 1-ranked amateur in the world.

A bonus for those who don’t make the cut is the entire field will get to play a practice round on Saturday at Augusta National.

For the two Wake Forest golfers, however, they plan on being in Sunday’s final round as well. Both are having terrific spring seasons. They tied at 9 under par in the Bryan National at Bryan Park on Sunday and were co-medalists as the Deacons rolled to a team victory.

Now, they will be teeing it up in one of the most important amateur tournaments this season.

“This is such a huge opportunity for women’s golf and they have really been promoting this so Jen and I are really excited,” said Migliaccio, who is from Cary and has never been to Augusta National.

Kupcho has a little experience playing the course during her sophomore season at Wake Forest. Her and her teammates got the chance to play from the member’s tees and she shot 1 under 71.

“It was very memorable,” Kupcho said. “And just to be playing on that course was tremendous. I don’t know that it gives me an advantage or not because that was a long time ago, and we really don’t know how hard the course will be set up.”

Kupcho said what she remembers more than anything was how hilly the course was compared to what is seen on television. The greens are also very undulating and tough to figure out.

What makes this tournament so prestigious is that 24 countries are represented with 31 golfers from the United States. The final round on Sunday will be broadcast live on NBC from noon to 3 p.m. It’s also the Sunday leading into Masters week.

“I’m excited to see the course and I know it’s pretty long,” said Migiliaccio, who will have her mother caddying for her. “My strength is ball striking so I go into every tournament trying to win and play my best. That won’t change.”

Migiliaccio’s mother, Ulrika, is a former All-America golfer at Arizona State where she was a teammate of Hall of Famer Annika Sorenstam.

Kupcho will have her father, Mike, caddying for her.

“I’m going to go out there and play my best and take it all in as well,” Kupcho said. “To get this chance to play at Augusta National in this tournament will be a lot of fun so I’m going to enjoy it.”

Kupcho doesn’t shy away from being a favorite, especially with her ability to drive the ball and her outstanding short game. She says her game is very good right now.

“I obviously want to play well and I realize what an opportunity this is to promote women’s golf,” Kupcho said. “I mean, Augusta National is probably the most recognized course in the world.”

Other ACC golfers in the field will be Duke’s Gina Kim, Virginia Elena Carta, Jaravee Boonchant, Ana Belac as well as Erica Shepherd, who will join the Duke program this fall. Florida State's Beatrice Wallin and Amanda Doherty are in the field as well as Virginia's Anna Redding and Louisville's Lauren Hartlage.

Also, Sierra Brooks, a former Wake Forest golfer who is now at Florida, is in the field.