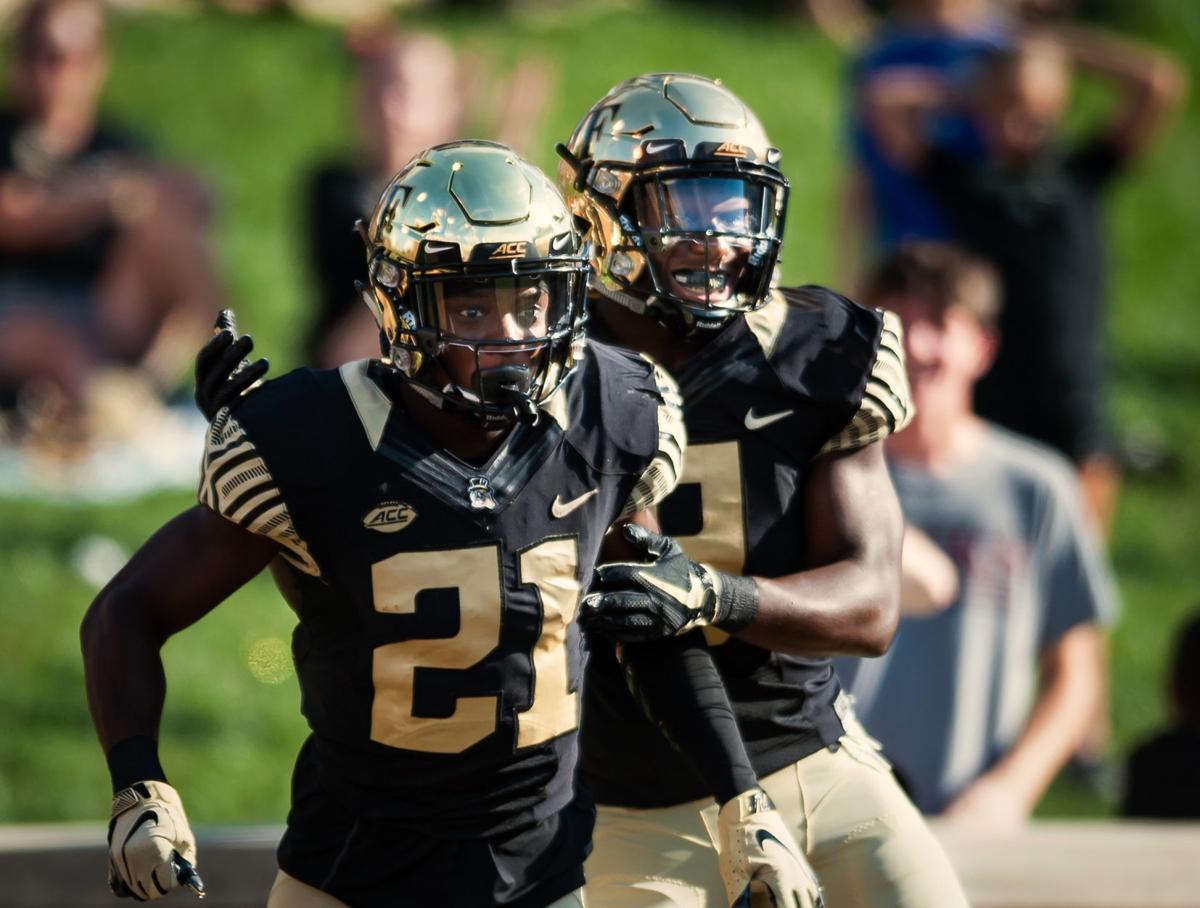 Wake Forest's Essang Bassey, here at left celebrating with Chuck Wade Jr. last season, said he "felt attacked" by the racist Instagram post last week in relation to a Wake Forest student, but that he hoped bringing attention to such issues would foster a change. 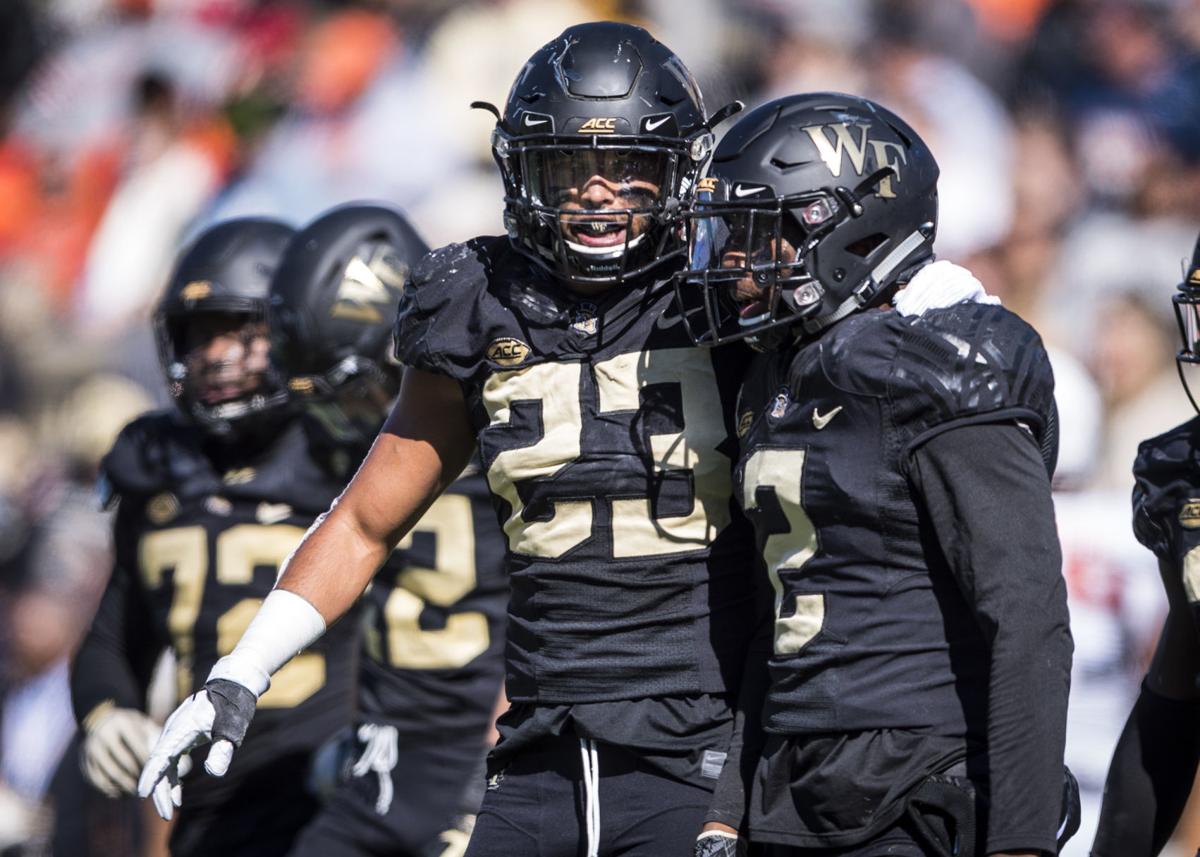 Wake Forest's Essang Bassey, here at left celebrating with Chuck Wade Jr. last season, said he "felt attacked" by the racist Instagram post last week in relation to a Wake Forest student, but that he hoped bringing attention to such issues would foster a change.

A racist post on Instagram last week suggesting Wake Forest build a wall to separate itself from Winston-Salem State has led to healthy discussion among the Deacons’ football team and a hope that something positive can come out of it.

“I hope that — you know, being ignorant isn’t an excuse, I don’t think. I feel like the post is bringing attention to those types of issues, racial issues, is really big and I feel like a lot of people need to hear it,” senior cornerback Essang Bassey said.

On Friday, a post endorsed a candidate for student body president by saying, “he wants to build a wall between Wake and Winston-Salem State and he’ll make them pay for it.” Wake Forest University officials condemned the post and said they are investigating the source.

Wake Forest confirmed that the student endorsed is not running and did not participate in the post.

That doesn’t soften the blow for a football team that is majority black and had to stomach seeing the sentiment — no matter its attempt as a parody — that a dividing wall should be built to separate the school from a historically black college.

“We’ve obviously been talking about it over the past week. You know, I just … it’s hard to talk about because you see stuff like that sometimes and you want to believe that it isn’t what it is. But it’s just bold, out there,” Bassey said. “I feel like that post brought attention to a lot of issues that have been going on since I’ve been here, most definitely, and a lot of other guys have experienced on the team, too.

“But yeah, felt attacked, because you don’t want to see anything like that. Winston-Salem State is not our rival. It’s just the ignorance that was in the post, it was kinda shocking. But like I said, it brought attention to a lot of issues that have been going on around campus.”

Bassey will be one of four players, along with Sulaiman Kamara, Justin Herron and Jack Freudenthal, who will meet next week with President Nathan Hatch to discuss social issues on campus. Bassey and Kamara will be in their fourth seasons on the team, while Herron will be a sixth-year senior and Freudenthal a fifth-year senior next season.

Coach Dave Clawson encourages his players to engage in “respectful dialogue” when issues such as this one arise. He lauded former defensive lineman Elontae Bateman, who was medically disqualified in August and is scheduled to graduate in the spring, for a conversation earlier this week.

“There are ways of addressing these things and bringing issues to light, and yet, doing it in a respectful dialogue and I think our kids do a great job of that,” Clawson said. “Elontae Bateman and I had a long talk in the weight room, and … I encourage those guys, they need to speak their mind.

Coming out of this situation, there’s hope that a continued dialogue can spark change at Wake Forest.

“It was good to have officials from the school come talk to us, it’s good to hear the steps that they want to take moving forward after that post,” Bassey said. “It was some optimism of we want this issue resolved, and I feel like the football team now feels that they are a big part of that.

“I think that’s the way we came out of the meeting feeling, that we have a voice and we’re going to have an opportunity to use that.”