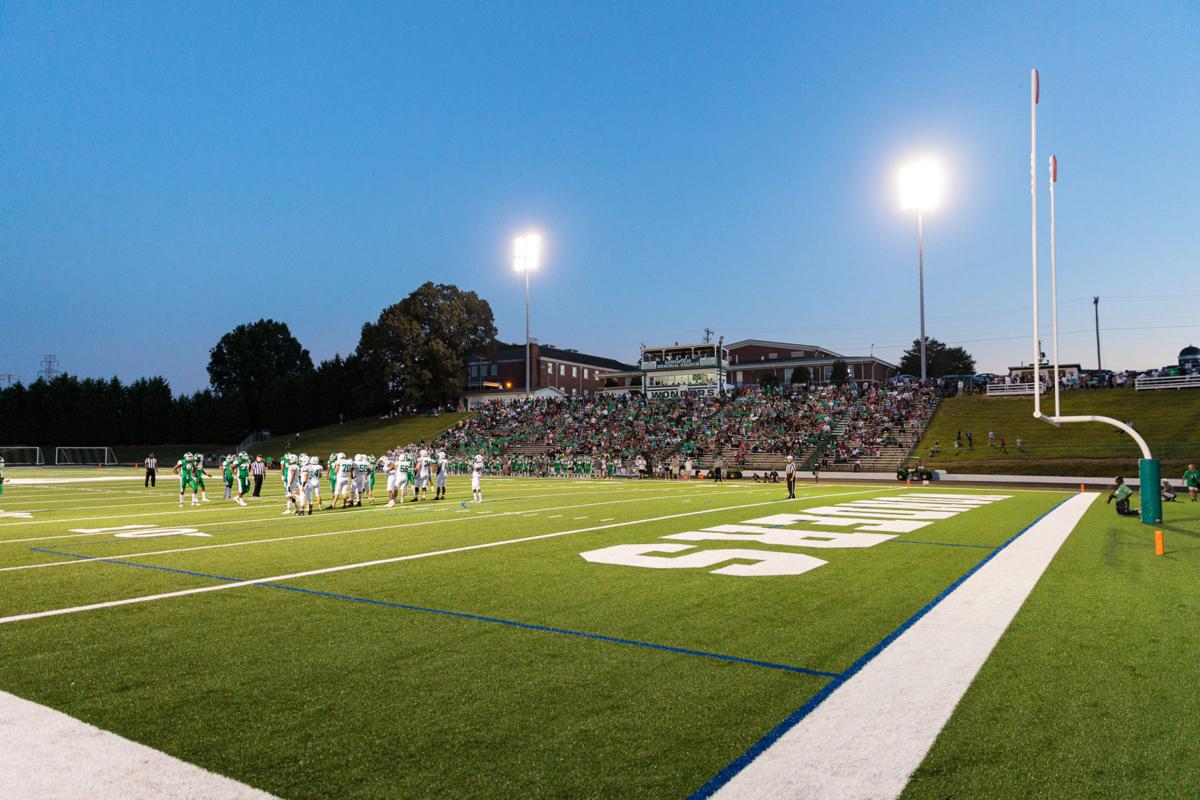 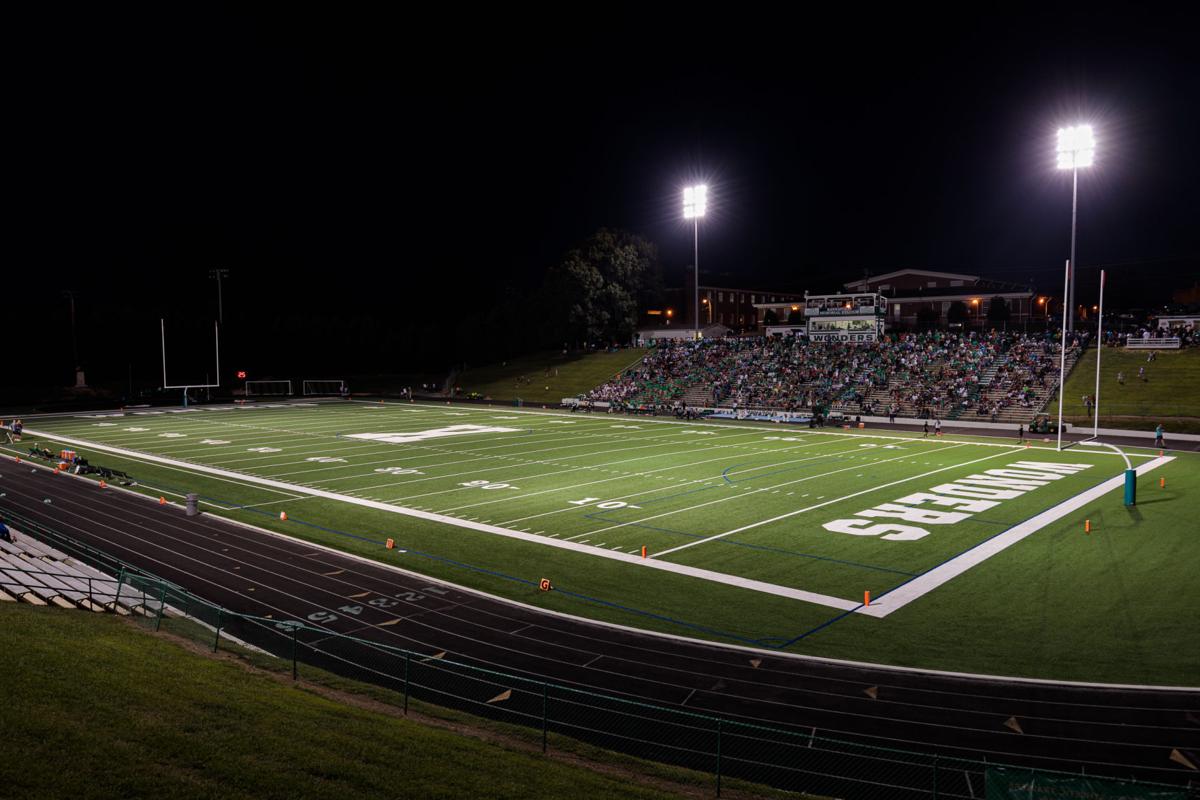 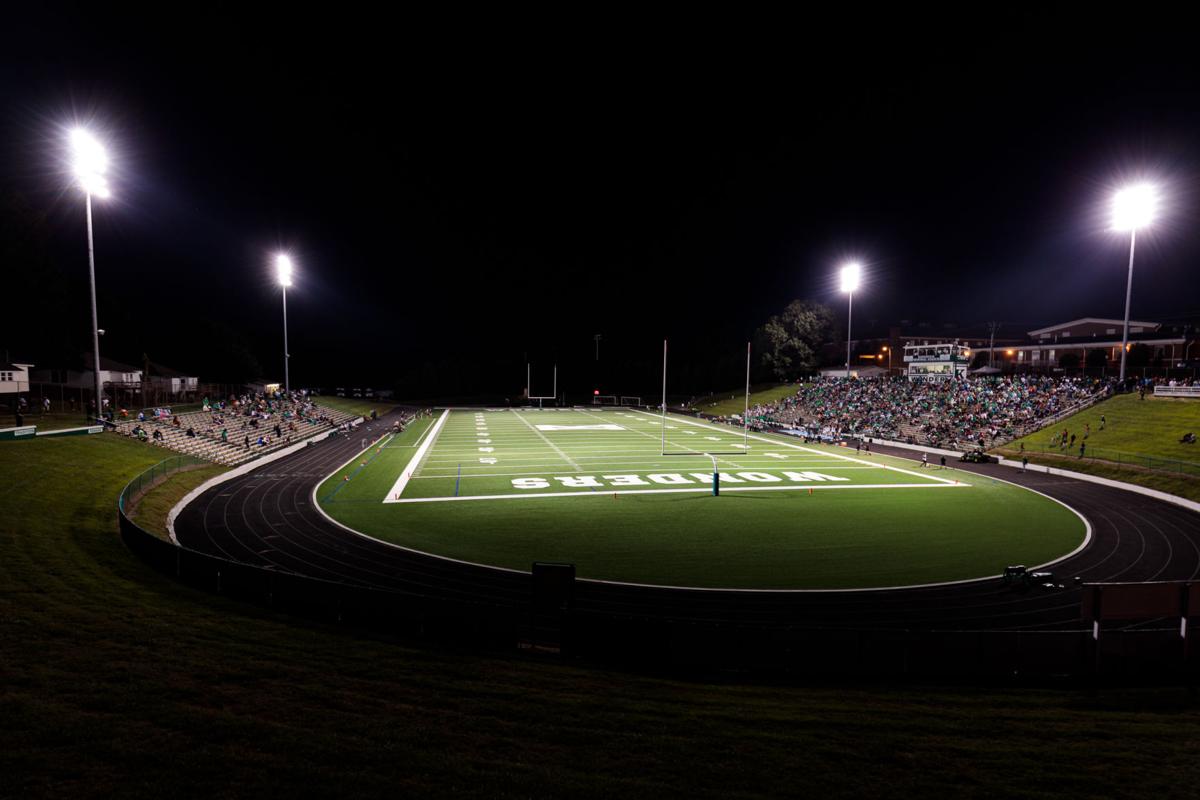 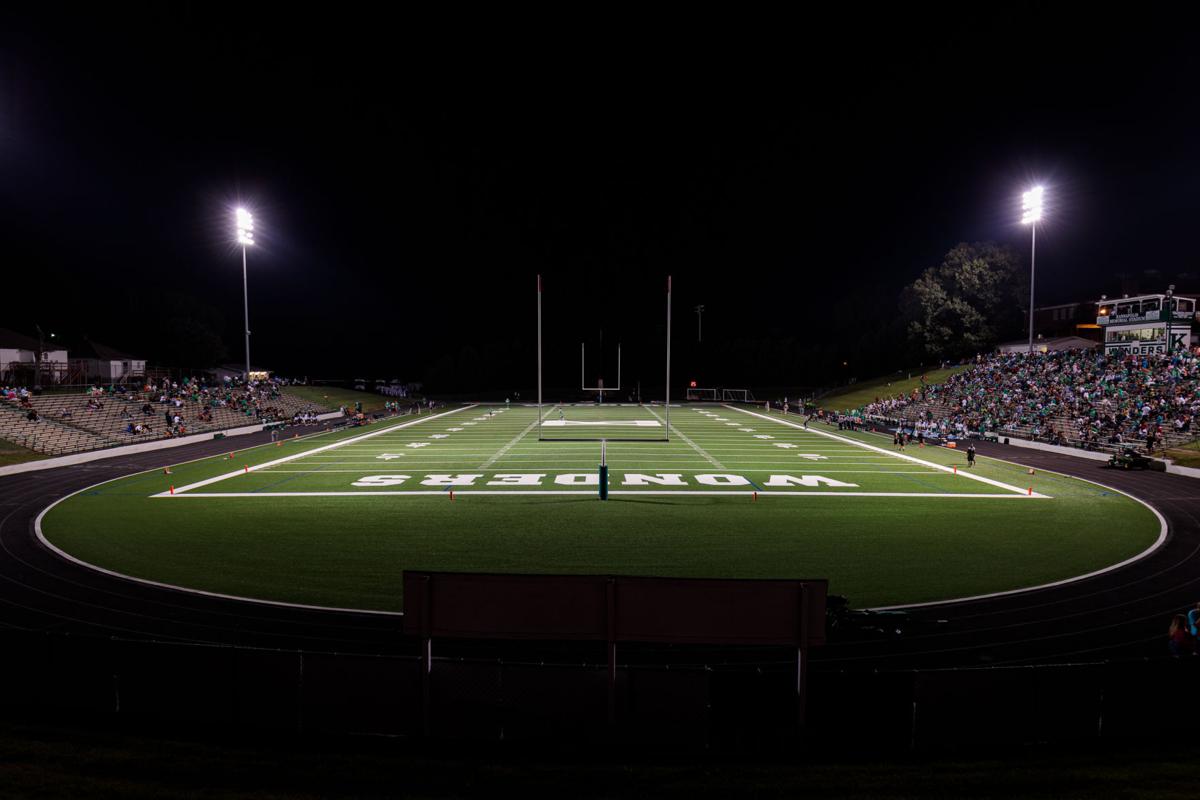 KANNAPOLIS – It was a night when I got to take center stage.

It didn’t matter who stomped on me, ran all over me or (big cringe) spit on me Friday, I was the star. And everyone looking down on me knew it.

Before you get too confused, let me introduce myself.

My name is Art, and I’m a football field. And not just any football field. I’m the field those construction guys spent all that time with this summer, giving venerable Kannapolis Memorial Stadium a fancy artificial surface.

Go ahead, laugh. We all have our crosses to bear, but I love my situation. On Friday nights, in one of the coolest high school football communities in the state, I got to provide a soft landing spot for some pretty awesome kids, and lights shine down on me brightly as I do it.

The other night was the first time I got to do it, and it ended just the way any new kid on the block would want it: Despite a slow start, the A.L. Brown Wonders danced on me in celebration after a 28-6 victory over Gastonia Ashbrook.

The Greenwave, by the way, also is a neat group of kids – I heard them patting the A.L. Brown players on their shoulder pads and politely congratulating them after the home team won. Plus, they showed their kindness to me, because they kept trying to give me the football. Four different times Friday, they dropped the ball off to me, but the Wonders kept picking it up.

But I also wasn’t sad to finally see the Greenwave pull out of the stadium around 10:20 p.m., because a vehicle hauling some of their equipment started getting me nervous as it backed toward me.

It’s one thing when a 300-pound kid rolls around on you. But three tons of metal gets a little hard to handle.

But what happened earlier in the evening would’ve made even that worthwhile, whether it was the pre-game pomp and circumstance or the big rally by the homeboys to make my debut in this town everything it was supposed to be.

Before the game, a group performed the “Star-Spangled Banner” to perfection, although I wouldn’t have minded hearing “How Great Thou Art” myself. But to each his own.

I could hear the stadium’s public-address announcer, Alan Cauble, asking folks if they liked me, and they screamed their approval. (I did look pretty good, if I say so myself.) And then the kids took to the field -- I mean me -- and the real fun began.

Granted, things didn’t start out great for Wonders. In fact, I have to admit, I was a little disheartened when a kid from the other team, Trevon Crank, scored the first touchdown on me. As he tumbled into the end zone, I tried my best to scream, “Get off me, kid,” but the Greenwave and their small group of fans were too loud for him to hear me.

First, I began to tremble as A.L. Brown fans rose to their feet and cheered loudly. I think Mr. Cauble was screaming “fumble.” And then I was trembling for another reason: Xavier Jordan, all 230 pounds of him, had picked up the ball and was running toward the A.L. Brown end zone.

It hurt a little when an Ashbrook defender fell on Jordan just short of my goal line, but Jakhiry Bennett helped ease the pain when he danced into the end zone a few moments later for the first touchdown a Wonder had ever scored on me.

“I was thinking, ‘We have to get on the scoreboard. We had to rebound, we had to score,’” I heard Bennett tell a reporter after the game.

A.L. Brown’s Mario Carmona kicked the extra point -- he got a little turf in the process, but I was made for this. And one of my partners in this new venture -- people just call him Scoreboard (boring!) -- showed that the Wonders were winning the game, 7-6.

After that, it was all Wonders. The way it should be when you make your grand arrival.

When the game was over, I kept hearing the A.L. Brown kids tell this Horton guy that the night was all about me. Well, they said something like that.

“It means a lot (to win on the new field),” said senior Dezmond Adams, who spent a lot of the night falling on Ashbrook players with me smushed in between. Coach kept telling us, ‘The community’s got faith in you.’ He wanted us to come out here and give it our best game.

Isaiah Black, who plays quarterback for the Wonders, said he could feel the energy the fans had watching their team play on a new field. Kannapolis Memorial Stadium is 61 years old, but my arrival has apparently given the place vigor.

“The environment was great, the fans were great, and our players were really hyped before the game,” Black said. “We all wanted to win on this field tonight.”

Then Mr. Black added this bit of information that made me feel a little self-conscious: “We had a huge hump, a dip, on one side of the field, so that affected a lot. But we got it done, and it was still great to play on it.”

So what, I need a workout or two. Who doesn’t? I’ll get straightened out.

Ah, but the A.L. Brown coach, Mike Newsome, was bragging on me like I was one of his children.

OK, maybe not one of his children, but at minimum a really adorable nephew.

“This is an unbelievable facility,” Newsome said. “It is awesome. I’m so appreciative to our superintendent and our school board that somehow found the funds to do this, because it doesn’t get any better than this.

“Now we have the best high school facility in the state of North Carolina, maybe even the Southeast. It’s pretty special.”

Aww. You’re pretty special yourself, Big Guy. Good win tonight. We’re 1-0! And I know you, and everyone affiliated with the school, will take good care of me here.

When the night was complete, and all the adoring fans had left me, I still felt at peace. Even though rowdy teenagers had been rumbling all over me, there I sat, as pretty as I was before the game started.

Get used to that, Kannapolis.

And, yes, if I say so myself, my grass is greener.

KANNAPOLIS – Jakhiry Bennett didn’t get his first carry until the second quarter. But his la…