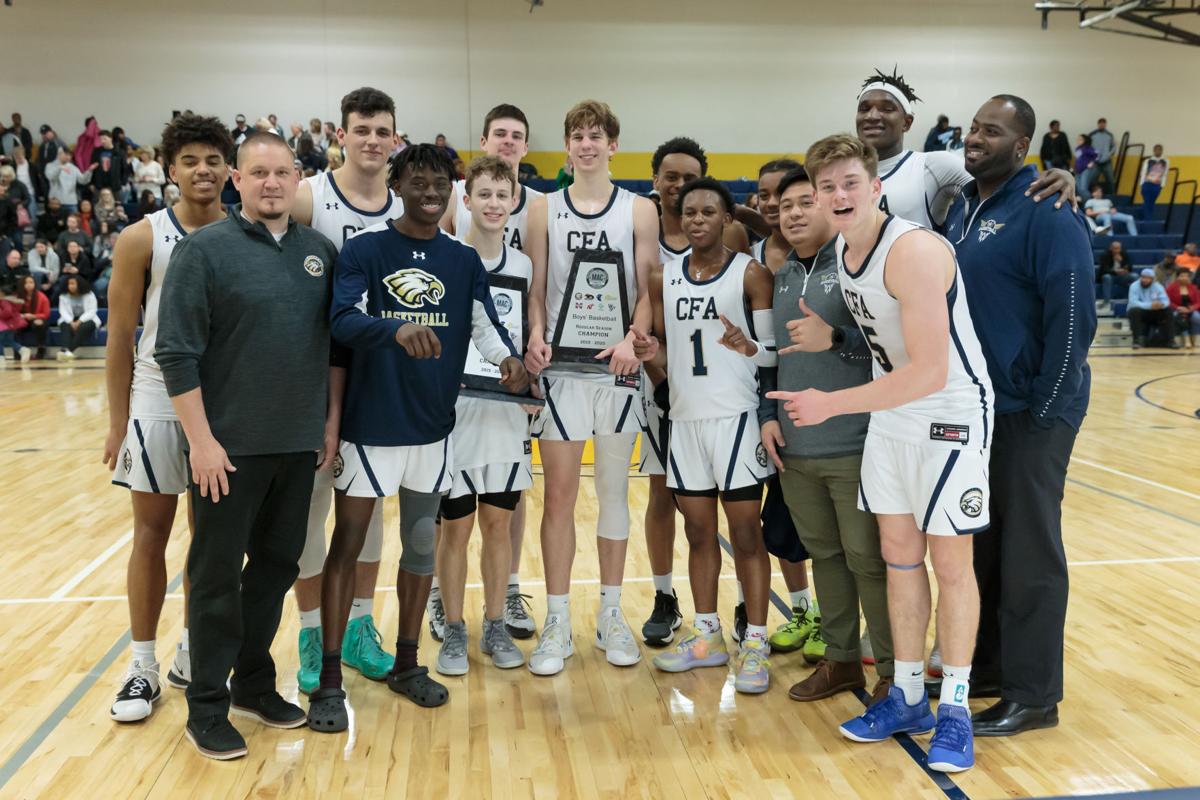 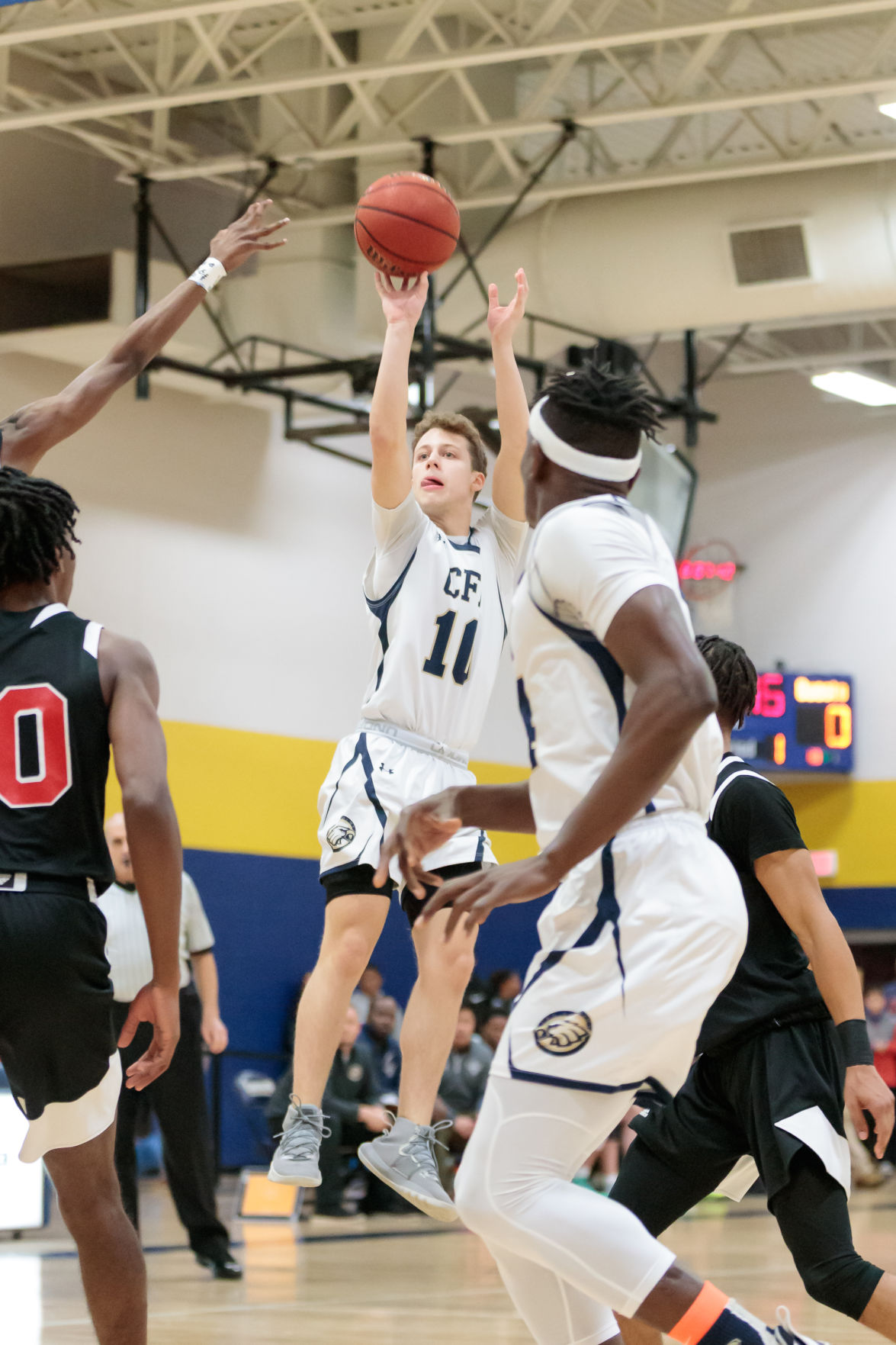 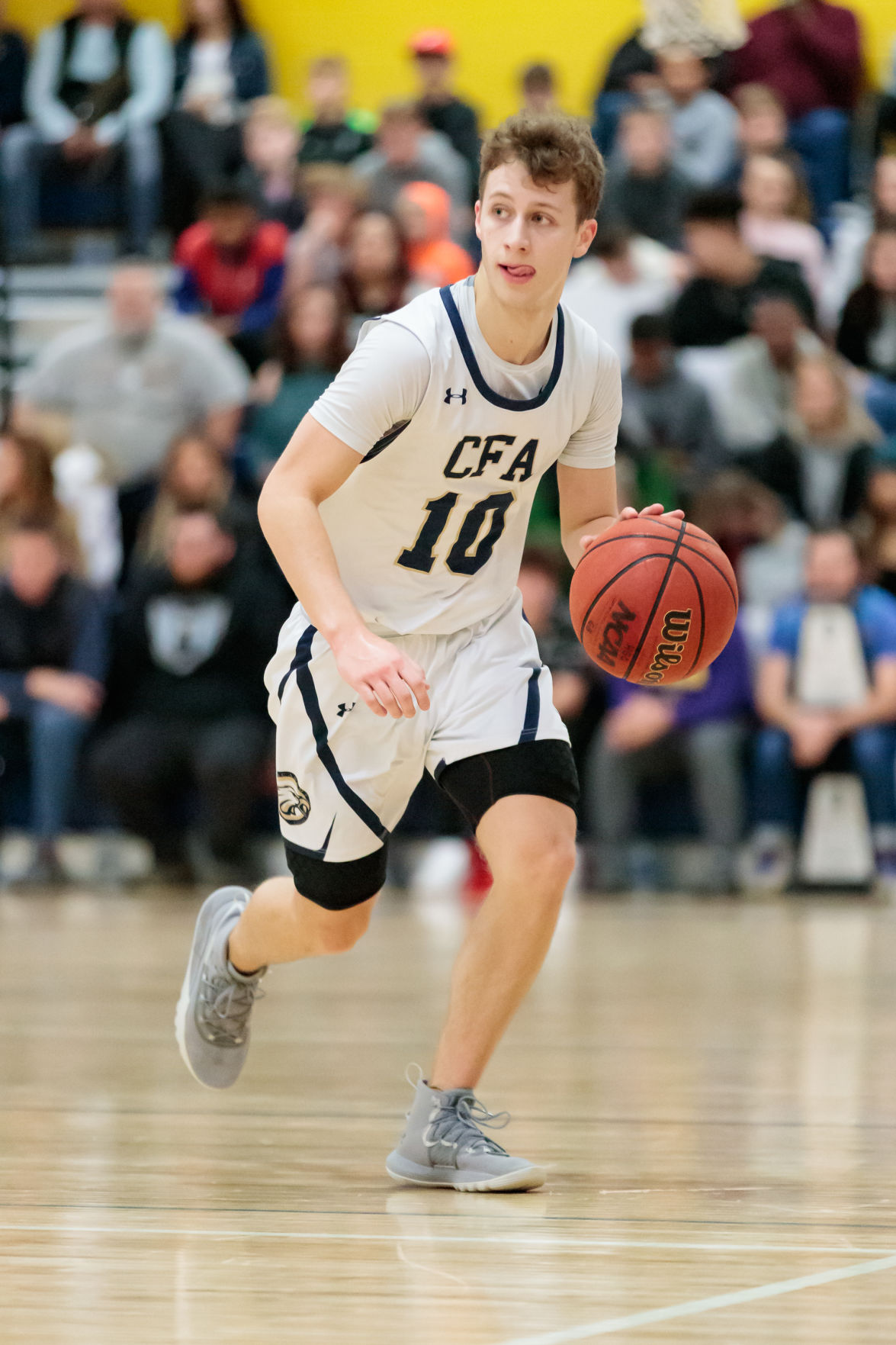 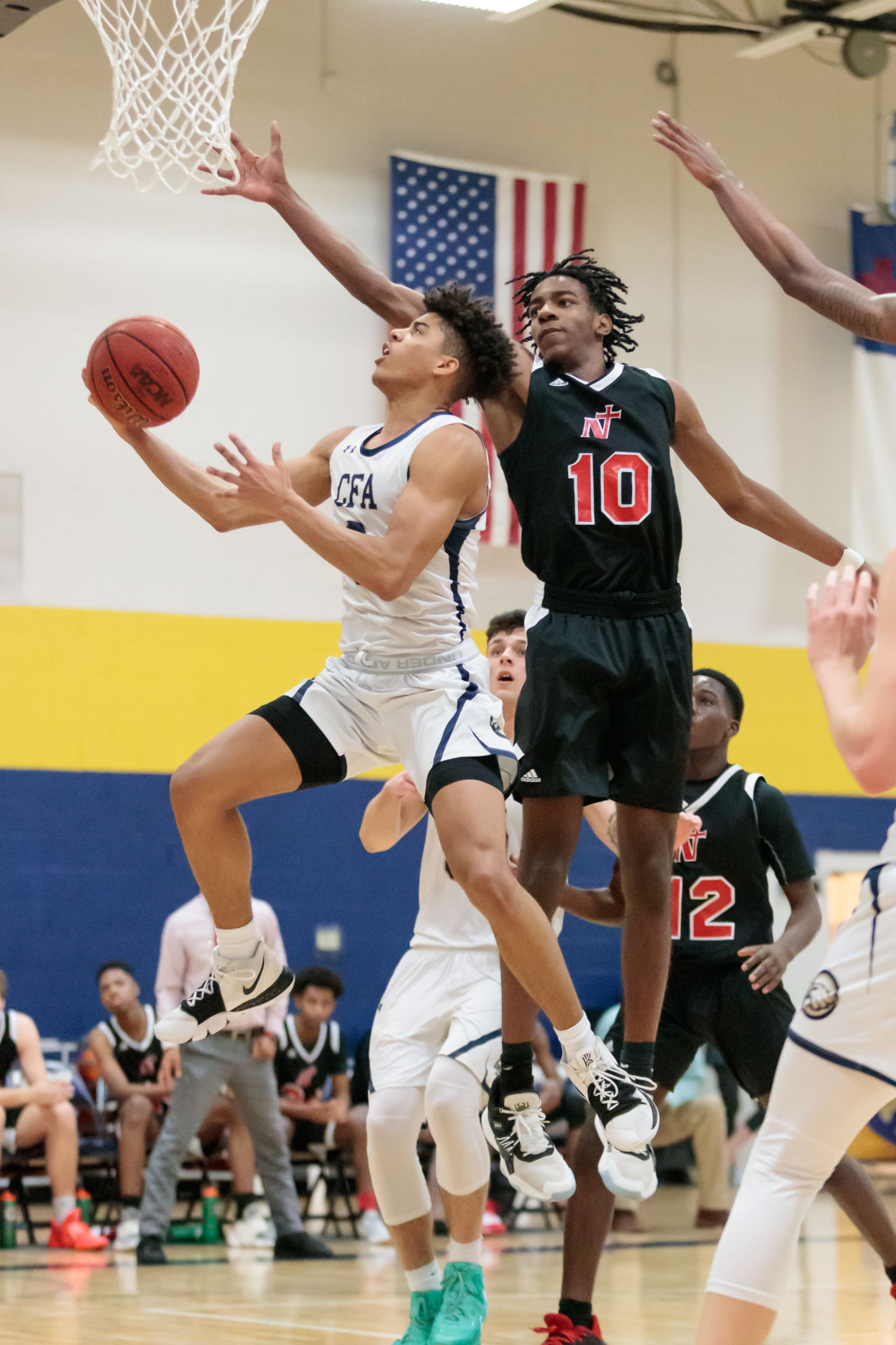 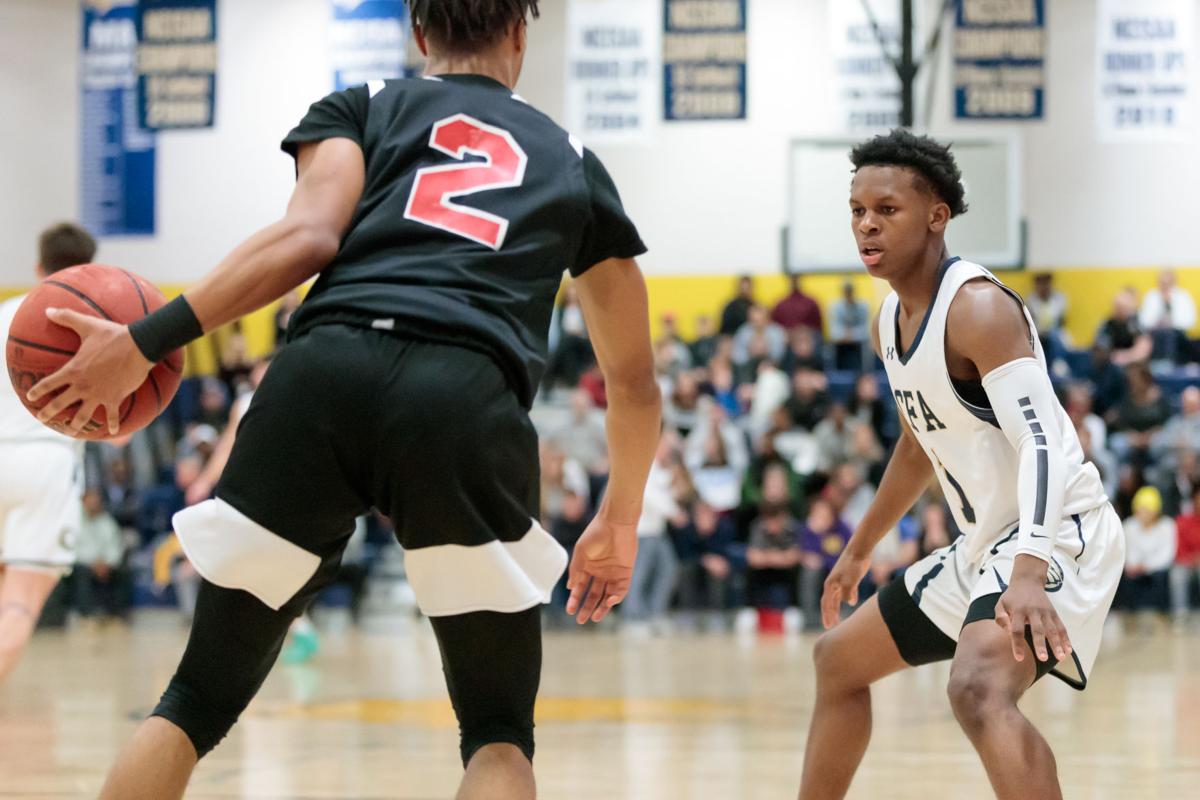 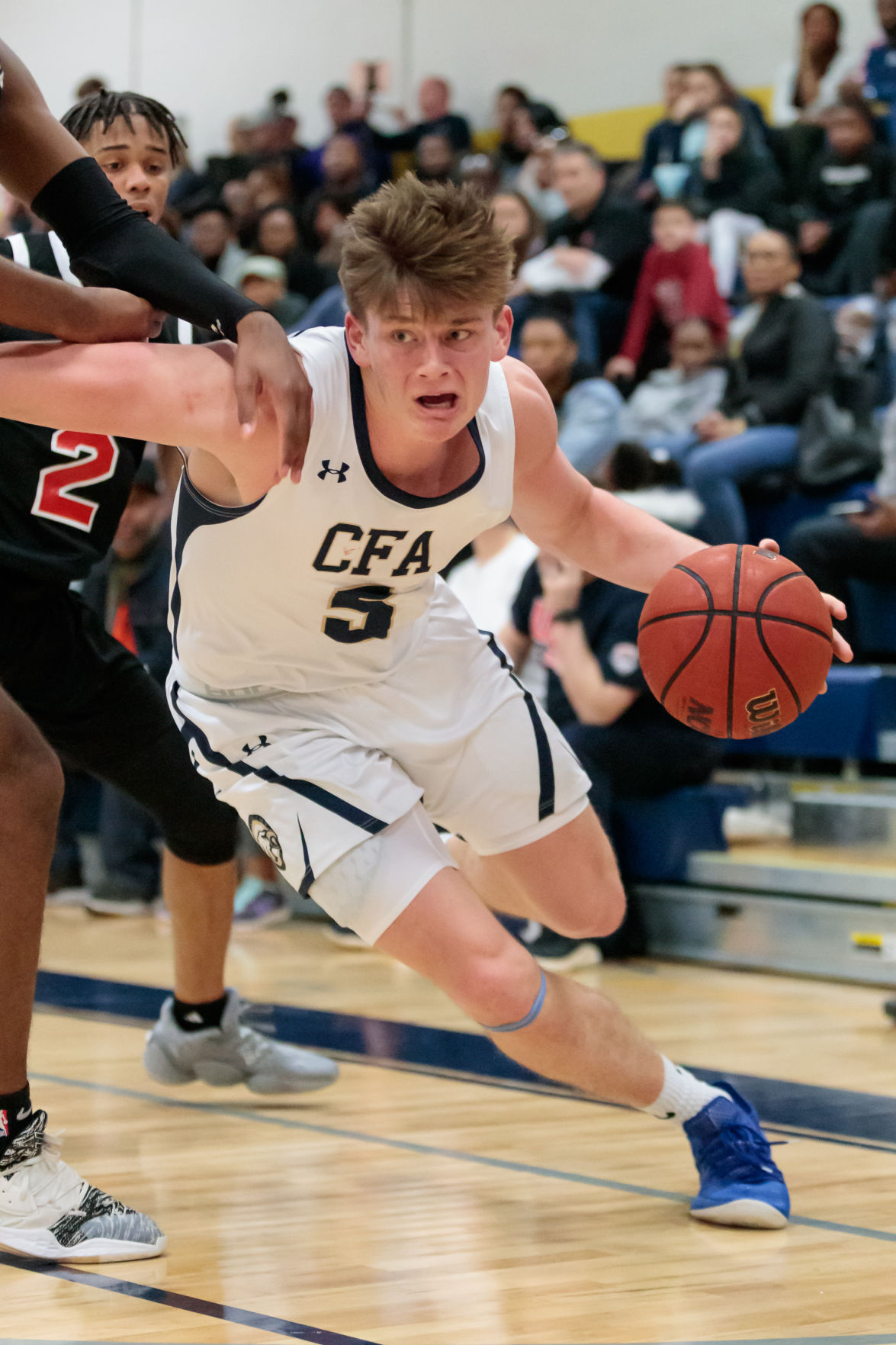 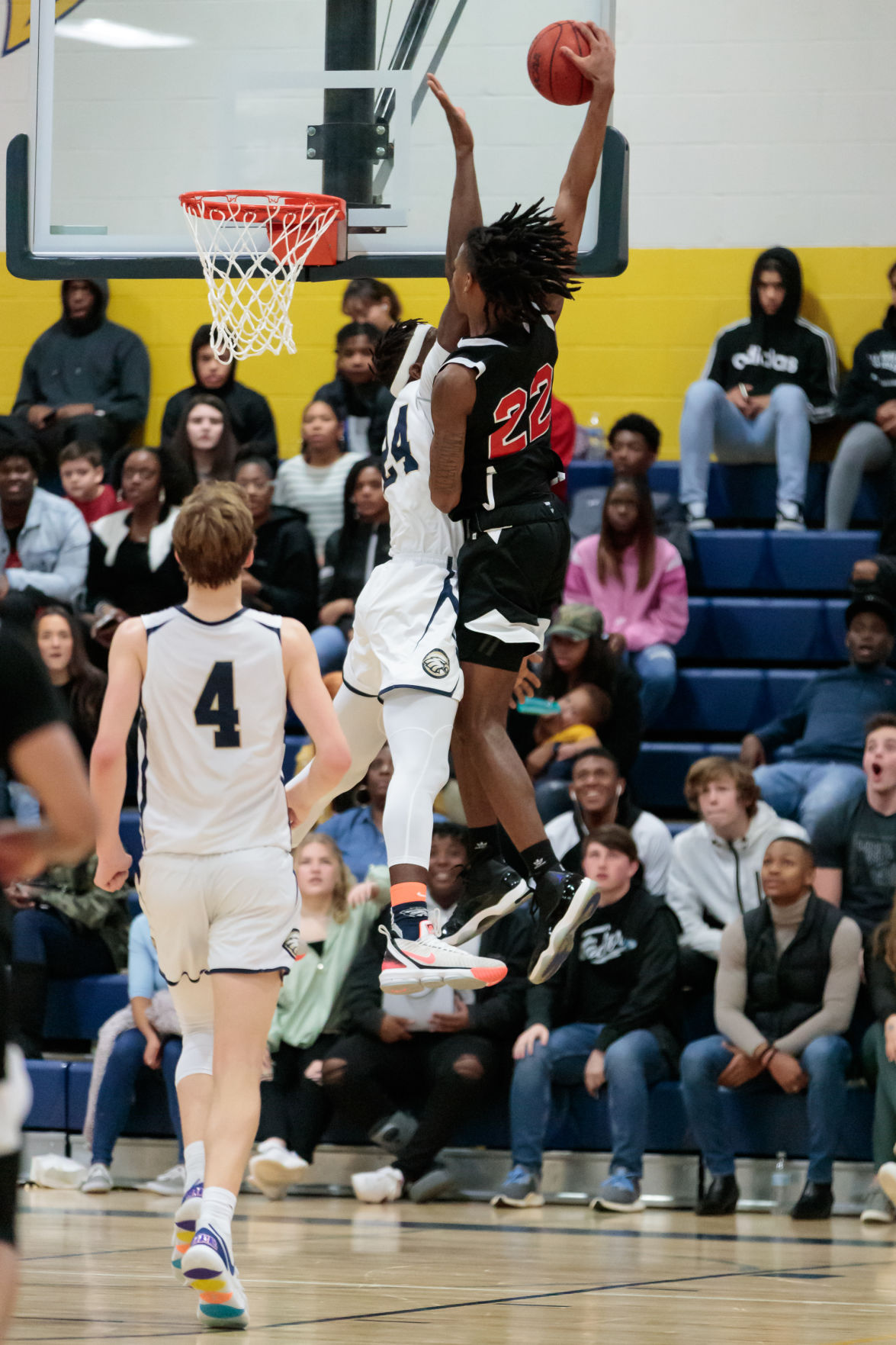 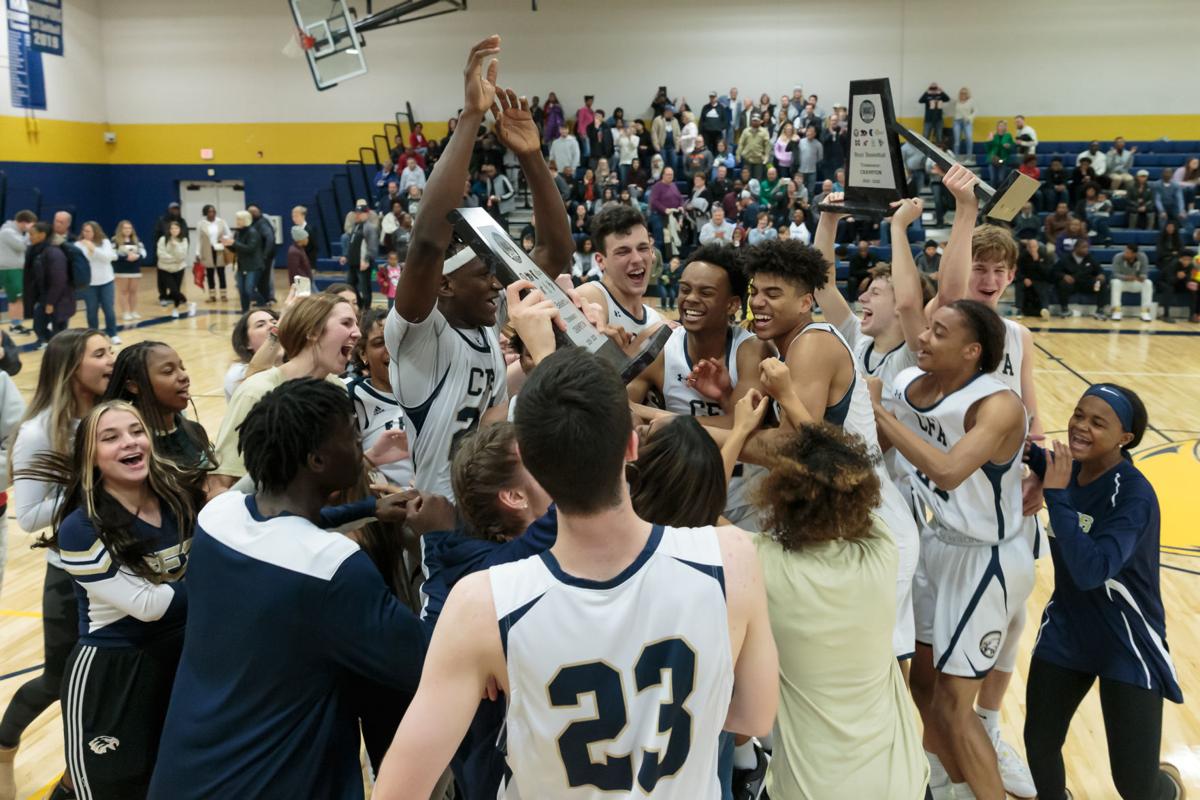 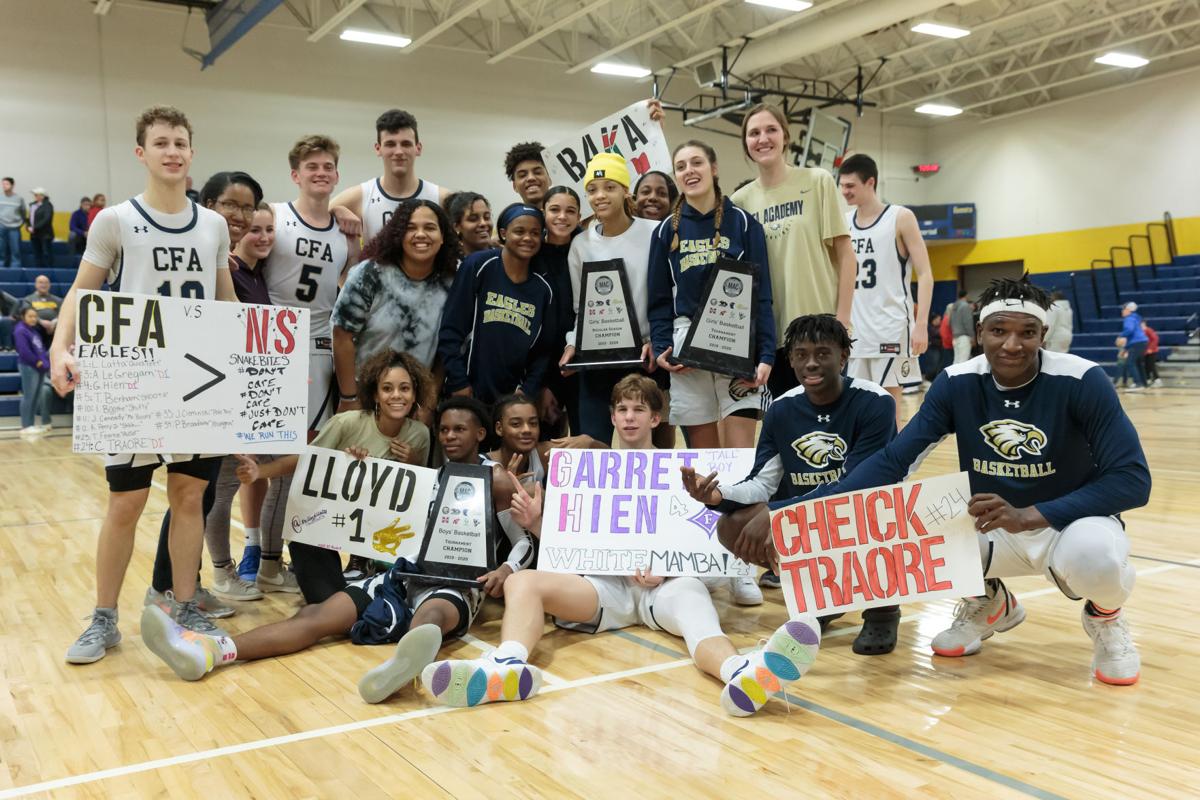 “It feels amazing,” said cfa’s Trae Benham, who scored a team-high 22 points. “I’m so happy for our team. We worked all season for this. Countless hours of hard work, and it’s paying off.”

The win improves Cream of Cabarrus No. 1-ranked cfa Academy to 32-3 on the season, and it’s the second straight year they didn’t lose a single game to a conference opponent.

Benham and Isaac Boothe were a dominating duo for cfa Academy, combining for 40 of the team’s 65 points. It was another day at the office for Benham, who leads the team with 18.8 points per game.

Boothe, who averages 10 points a game, doubled that on Saturday night, and cfa Academy coach Frank Cantadore II said he was the “story of the game.”

“I told the coaches before the game that we need Isaac to lead this team for us to win today,” Cantadore said. “He came out of the gates ready to play and really put the team on his shoulders and controlled everything.”

Boothe scored the first basket of the game, and after a Benham a 3-pointer, Boothe hit his next two shots to put the team on a 9-0 run to start the game.

“I took my first shot, it was open, and I hit it,” Boothe said. “And after that, I felt good, and I kept pulling it.”

Boothe scored nine points in the first quarter, including a 3-pointer that extended the team lead to 16-5.

In the second quarter, each team traded runs. Down 18-9, Northside went on a 13-4 run, scoring on six of eight possessions, only missing two shots the entire run. cfa Academy committed five turnovers in its eight possessions.

At the 3:29 mark, cfa Academy finally stopped the bleeding and went on its own run, led by none other than Boothe. He drilled a 3-pointer, and the Eagles went on a 11-4 run to end the half up 35-26.

Benham and the Eagles then took control in the third quarter.  Coming out of halftime, they buckled down on the defensive end.

“We came out of the locker room really aggressive, with a fear of losing,” Benham said. “We knew we weren't going to lose, but that mentality really pushed us to our limits to get some defensive stops.”

Around the four-minute mark, Benham hit a 3-pointer to help cfa take a 46-40 lead. On the other end, he stole the ball.  Benham missed a 3-pointer, but a teammate got the rebound and missed his shot. Benham snagged that rebound and got fouled but still made the layup.

Benham wasn’t done then, creating another steal.  The Eagles’ Garrett Hien would follow that in the next defensive possession with a steal, and he found Benham for an open 3-pointer for a 52-30 lead.

Then it became a block party. At the end of the third quarter and the beginning of the fourth quarter, Cheick Traore blocked three of the next four Northside shots, including one on a potential slam dunk. Traore finished with three blocks and 12 rebounds.

By this point, the score was 58-32, and the championship was locked up, thanks to the Eagles’ lockdown defense.

“Cheick and Garrett couldn't be stopped on the boards, and Trae was hitting shots,” said Boothe. “Everyone was firing today. It was a great team win, and I couldn’t be happier to be champions.”