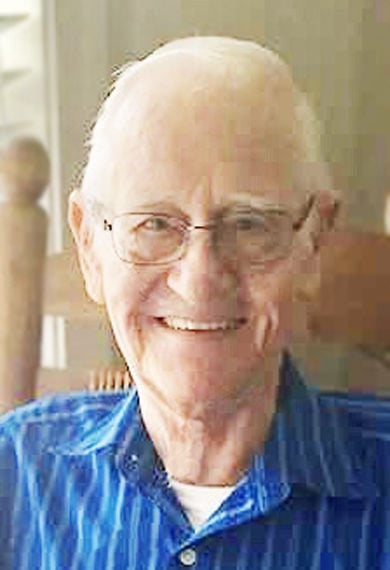 August 10, 1931 - March 9, 2020 Donald Ross Castor Sr., 88, was born Aug. 10, 1931, in his grandmother's home (still standing) in Kannapolis. He walked through heaven's gates Monday, March 9, 2020, at 4:30 a.m. Donald lived in his home in Kannapolis, until the last week of his life where he moved to the NC State Veteran's Home in Salisbury. He loved well and impacted those that knew him. He lived in the small moments of each day and his laughter was infectious. Donald served in the U.S. Air Force in active duty from July of 1951 to 1955 as a jet engine mechanic, and continued in the Reserve for four more years. He continued his love of planes and enjoyed attending air shows with his brothers and sons. After serving in the military, Donald worked at NAPA Auto Parts stores most of his life. Motorcycles infatuated Donald. He rode until he was 85. Donald was preceded in death by his parents, Ross Alexander Castor and Helen Smith Castor, both of Kannapolis; and his first wife, Shirley Petty Castor who passed in 1997; two siblings, David L. Castor, of Cary, and Martha Castor Sigmon, of Newton; brother, Philip L. Castor, lives in Kannapolis. Donald has three surviving children, Donald Castor Jr. of Concord; and twin daughters, Alicia Castor Jones (husband, Chris) of Huntersville and their five children, Adriana Castor Bain (husband, Brian) of Concord and their three children. Donald has one daughter, Ann Castor Wayne, of Concord. Ann's children are Isaiah Wayne (wife, Candy) of Davidson and their two children, Heather Wayne Spreen (husband, Darren) of Denver, Colo., and their three children, Daniel Wayne (wife, Jessica) of Concord and their two children, Tim Castor (wife, Amy) of Concord, and their two children, Zac and Zoe Castor. Donald married Ellen Hartsell Castor later in life and inherited another family. Ellen passed in 2004. Ellen's surviving daughter is Myra Hartsell Sastoque (her husband, Luis). They have two sons, Ricco Sastoque (wife, Ivette) of Concord, and their three children and Donald Sastoque (wife, Melissa) of Concord, and their five children. The visitation will be at 1:30 p.m., Saturday, March 14, at Parkwood Baptist Church. The memorial service will follow immediately at 3 p.m., in the Worship Center. Burial with military honors will follow at Center Grove Lutheran Cemetery in Kannapolis. Donald's deep loyalty to his country and community are how we will remember him. He leaves a legacy of loving his family and friends unconditionally. In lieu of flowers, memorials may be sent to Parkwood Baptist Church, Benevolence Fund, 1069 Central Dr., Concord, NC 28027; St. Jude Children's Hospital, 501 St. Jude Place, Memphis, TN 38105; Charlotte Rescue Mission, 907 West 1st St., Charlotte, NC 28202; or Veterans of Foreign Wars, 2500 N. Cannon Blvd., Kannapolis, NC 28083. Lady's Funeral Home & Crematory www.ladysfuneralhome.com

To plant a tree in memory of Donald Sr. as a living tribute, please visit Tribute Store.
+1
Plant a tree
+1