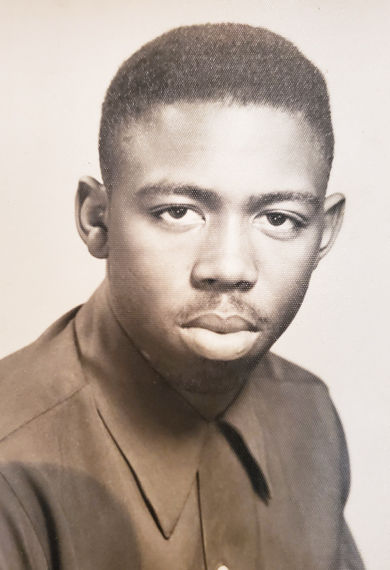 April 8, 1938 - April 22, 2020 Martin Luther Scott was born April 8, 1938, in Concord. He was the youngest child born to Virginia Bruner Scott and James William Scott and entered eternal life Wednesday, April 22, 2020. In addition to his parents, he was preceded in death by his wife, Moriyon Scott; and his sister, Vivien Scott Steele. He was educated in Cabarrus County School System and was a 1956 graduate of Logan High School. After graduation, Martin served in the U.S. Army's prestigious 82nd Airborne Division based at Fort Bragg. After military service, Martin relocated to Chicago where he met his future wife, Moriyon Muhammed, before establishing M&S Transportation in 1978, which at that time was one of the most successful black-owned trucking companies in the State of Illinois. At its pinnacle, M&S transportation was a formidable operator in Chicago's highly competitive short haul steel transportation market. He was also a sports enthusiast with boxing and football among his favorite sports to watch and horseback riding, fishing and playing cards among his favorite pastimes. Known to all as "Scottie" he is survived by sons, Rhashaun Scott of Niles, Mich., and Rhamadhan Scott of London, England; and nieces, Gracie Patterson Balknight and Avis Steele Edmond of Concord.

To plant a tree in memory of Martin Scott as a living tribute, please visit Tribute Store.
+1
Plant a tree
+1