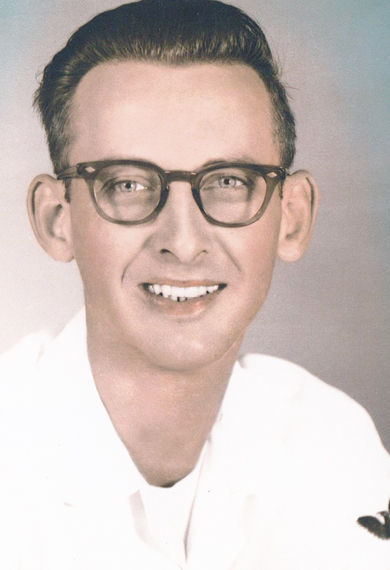 November 17, 1935 - February 7, 2020 Harry James McCartney, 84, of Kannapolis went to be with the Lord Friday, Feb. 7, 2020, at his residence, following a period of declining health. Harry was born Nov. 17, 1935, in Venango County, Pennsylvania, a son of the late Harry James McCartney and Gertrude Stoudt McCartney Dechant. In addition to his parents he was also preceded in death by his 1st wife, Betty Jo Hughes McCartney, July 2010, and his 2nd wife, Lydia Cox McCartney, June 7, 2019. He was also preceded in death by three brothers, Robert McCartney, Clarence DeChant, and David McCartney; one sister, Joyce H. Bower; and stepson, Robert Teal. Survivors include four daughters, Kelly Ann McCartney of Lawrence, Kan., Patricia Dorothy Fuetado of Fall River, Ma., Amanda Roxanne Salaita of Bahrein, and Marguerite Bernice Leek of West Virginia; six stepchildren, Debbie Sellers and husband, Dennis, of Bakersville, Tracy Teal and wife, Yvonne, of Rutherfordton, Steven Helms of Salisbury, Michelle Hilton, Paula Rankin and Jeremy Cox; 13 grandchildren; and numerous great-grandchildren. Harry served in the U.S. Navy from 1954 to 1977, being discharged in March with the rank of DK1. He was stationed at NAS Oceana. He continued his career in civil service until his retirement in 1998. Harry moved to Kannapolis, Oct. 20, 1998, and was of the Baptist faith. He enjoyed baking cookies and banana bread for his children and grandchildren. Funeral services to celebrate his life will be held at 2 p.m., Wednesday, Feb. 12, in Whitley's Funeral Home Chapel conducted by the Rev. Charlie Littlejohn. Interment will follow at Carolina Memorial Park. The family will receive friends at the funeral home, one hour prior to the service. At other times they will be at the residence. The family requests that memorials be made to Hospice and Palliative Care of Cabarrus County, 5003 Hospice Lane, Kannapolis, NC 28081. Whitley's Funeral Home www.whitleysfuneralhome.com

To send flowers to the family of Harry McCartney, please visit Tribute Store.
+1
+1