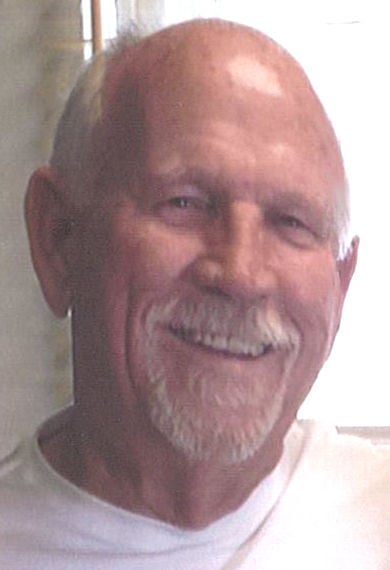 October 25, 1939 - February 11, 2020 Danny Martin "Popper" Little, 80, of Kannapolis, passed away at his home Tuesday, Feb. 11, 2020, after a period of declining health. A funeral service to celebrate Danny's life will be held at 1 p.m. today (Friday, Feb. 14), at Whitley's Funeral Chapel, with the Rev. Andy Downs officiating. Burial will follow at Carolina Memorial Park and his family will receive friends after the burial at the graveside. Danny was born Oct. 25, 1939, in Cabarrus County, a son of the late Claude "Buck" and Grace Kiser Little. In addition to his parents, Danny was preceded in death by his first wife, Carolyn "Elaine" Little; brother "Buck" Little; and sisters, Jane Martin, Louise McQuay and Gail Anderson. Danny was a lifelong area resident. He served in the U.S. Army in the early '60s, most notably playing baseball for the Army, traveling from base to base, entertaining the troops. Upon his return, Danny attended Evans Business College and worked as a trucker for various freight lines. He is best known for coaching the area youth in baseball and football. Danny served as baseball coach for Dixie Youth and Cal Ripken Teams and in football he coached for Pop Warner and Lions Club teams and for Evans Business College. Danny touched many lives and became affectionately known as "Popper" to those youth whom he influenced as a husband, father, grandfather, great-grandfather, brother, uncle, friend, mentor, deacon, Sunday school teacher, coach and Christian. Those left with cherished memories include his wife of 9 years, Anita Felts Little of the home; sons, Derrick Little (Kim) of Mooresville, Brent Little (Marie) of Kannapolis; daughter, Carrie Lee of El Paso Texas; stepsons, Shane Felts (Dawn), Bryan Felts(Kalie); stepdaughter, Kelly McGinnis (Dean); sisters, Barbara Suggs (George), Helen Sherrill (Wayne); eight grandchildren, Bradly (Brittany), William (Amie), Kaylin (Sam), Dalton, Kiser, Graylen, Corey, Jamie; and four great-grandchildren. In lieu of flowers memorial donations may be made to Royal Oaks Baptist Church, 904 Texas St., Kannapolis, NC 28083. Whitley's Funeral Home www.whitleysfuneralhome.com

To send flowers to the family of Danny Little, please visit Tribute Store.
+1
+1