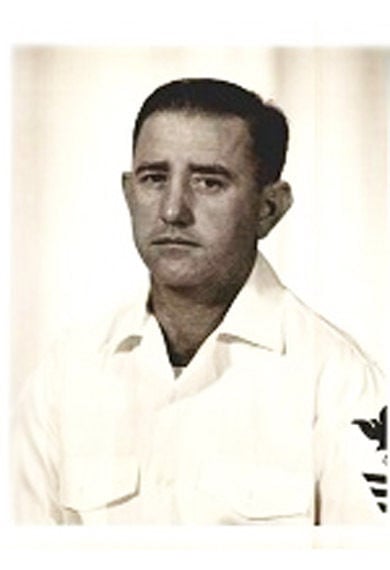 January 9, 1932 - May 14, 2020 On Thursday, May 14, 2020, Walter Wayne Jernigan, loving husband and father of six children passed away at the age of 88. Walter was born Jan. 9, 1932, in Wartrace, Tenn., to James and Ola Jernigan. On Dec. 24, 1953, he married Virginia. They raised five daughters, Judith, Donna, Alma, Jane and Carol; and one son, Walter Jr. He joined the Navy in 1949, and served 30 years before retiring from the U.S. Navy Seabees. His military career took him to Korea, Philippines, Okinawa, Vietnam, Alaska, Hawaii and multiple state side bases. He was very proud to be a Seabee in the U.S. Navy. He was awarded the National Defense Medal, Good Conduct Medal, and Navy Unit Commendation Ribbon. His life's loves include his family, his children, fishing, and his multiple furry four legged friends. Walter never met a person that he didn't like or learn from. But his biggest love of all was his beloved wife, Virginia, of 62 years. The last six years of his life was spent with his daughter, Donna and her husband, Rick Thompson, in Concord, which he found very fulfilling to end his life where it began in the South. In addition to his parents, he was preceded in death by his wife, Virginia; one grandchild; and three brothers. He is survived by six children; brother, Willard; 15 grandchildren; 27 great-grandchildren; three great-great-grandchildren and numerous nieces and nephews. A private interment will be held at the Salisbury National Veterans Cemetery in Salisbury. A memorial for friends and family will be at a later date due to the impact of the current pandemic. In lieu of flowers, the family suggests donations in his name can be made to the Disabled American Veterans Charitable Service Trust; or local animal shelter. www.gordonfuneralhome.com