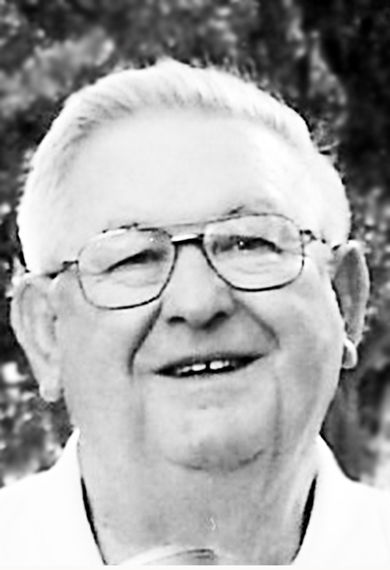 May 12, 1939 - March 9, 2020 Walter "Walt" D. Fisher Sr. of Central, S.C., died Monday, March 9, 2020, at his home, after a period of declining health. Walt, frequently referred to as "Buddy" and "Bud" by his birth family and childhood friends, was born May 12, 1939, and raised on his family's farm on Fisher Road in Mount Pleasant, at the family homeplace built by his grandfather on land owned by his ancestors for generations. Walt was the second of eight children born to James Crowell Fisher Sr. and Ruth Barringer Fisher. He was a graduate of Mount Pleasant High School, as well as the Forestry program at the University of Florida. In 1960, Walt married Doris Plott of Concord, and they were happily married for nearly 60 years. Their devotion to one another and shared love was an inspiration and example to their family and friends. Doris has been a consummate and dedicated caregiver to Walt during the last years of his life as he experienced various health challenges. Walt worked in the Forestry Department of Duke Power Company in the 1960s, first in Great Falls, S.C., on the Catawba River basin and later in Anderson, S.C., where he assisted in managing the clearing of the Lake Keowee and Lake Jocassee basins. He became intimately familiar with the Lake Keowee and Lake Jocassee areas, and he quickly came to love that part of South Carolina. In the late 1960s, Walt took a position with Wright Pulpwood Company in Clemson, S.C. In 1972, he established Fisher Pulpwood Company in Easley, S.C. Walt and his family moved from Anderson to Liberty, S.C., in 1973, and Walt and Doris continued to own and operate Fisher Pulpwood Company (which included a pulpwood yard in Easley, S.C., as well as pulpwood and logging crews and operations) until the late 1990s. In the final phase of his work career, Walt became a road and maintenance crew supervisor for Anderson County. In his latter decades, Walt and Doris owned a farm in upper Anderson County, S.C., where they built their "dream" home and raised timber, goats, cattle and other livestock, grew grapes and garden produce and spent many happy years together hosting their beloved grandchildren and entertaining neighbors and friends. Walt loved the outdoors and was an avid hunter, fisherman and boater his entire life. He especially enjoyed these activities with his children and grandchildren. He and Doris traveled extensively, having enjoyed vacations in 49 states, multiple provinces in Canada, Mexico, Costa Rica, France, Germany, Switzerland, Monaco, New Zealand and Australia. Walt was an enthusiastic supporter of the communities in which he lived and the organizations to which he belonged, having held numerous leadership roles at Liberty United Methodist Church. He was heavily involved in the Liberty High School Booster Club during the period his good friend, Dennis Patterson served as Head Coach and Athletic Director. Walt also was a founding member of the board of the Liberty Rural Fire District where he served for several years. Walt is survived by his wife, Doris; sons, Walter D. Fisher Jr. (Michele) of Charlotte, Dale P. Fisher, of Central, S.C., and Randy E. Fisher (Debi) of Greenville, S.C.; beloved grandchildren, Walter "Walt" Fisher III (Lauren) of Charlotte, Adam Fisher of Charlotte, Marissa Fisher Staples (John) of Katy, Texas, Elizabeth Fisher of Washington, D.C., Brooks Fisher of Greenville, S.C., and Alaina Fisher of Greenville, S.C.; sisters, Jessie Fisher Blackwelder, Janet Fisher Byrd, and Betty Fisher Honeycutt; and brother, Charles R. Fisher, all of Mount Pleasant; and by many beloved nieces and nephews and other family members. Walt was preceded by his parents; his youngest son, David Alan Fisher; brothers, James Crowell Fisher Jr. and Archie Joe Fisher; sister, Susie Fisher Lambert. Walt loved his family and friends and was greatly loved in return. Walt's physical presence will be sorely missed by his family and friends. Walt's family rejoices in the long, happy and productive life he enjoyed and offers thanks to God for so blessing him and them and for Walt's strong Christian faith and salvation. A funeral service celebrating Walt's life will be held at Duckett-Robinson Funeral Home, 108 Cross Creek Rd., in Central, S.C., at 3 p.m., Wednesday, March 11, followed by visitation at the funeral home from 4 to 6 p.m. A second visitation will be held at Gordon Funeral Home, 8559 Cook St., in Mt. Pleasant, from noon to 1 p.m., Thursday, March 12, followed by a graveside service at 2 p.m., at St. John's Lutheran Church (Walt's childhood church), 100 St. John's Church Rd., in Concord. Walt will be laid to rest in his family's plot beside his son, David in the historic cemetery, where Walt's parents, paternal grandparents, paternal great-grandparents and many other relatives and friends are interred. Walt's family wishes to express its deepest gratitude for the loving care provided to Walt during the final weeks of his life by Hospice nurses, Jennifer Fogarty and Patrick Fogarty; and by caregivers, Sonya Martin and Pam Owens. In lieu of flowers or other gifts, the family requests that those wishing to make a contribution in Walt's memory consider making a gift to St. John's Historic Cemetery Fund, 100 St. John's Church Rd., Concord, NC 28025; Liberty United Methodist Church, 310 Mae St., Liberty, SC 29657l; Hospice of the Upstate, 1835 Rogers Rd., Anderson, SC 29621; or to another charitable organization that is dear to the donor. www.gordonfuneralhome.com

To plant a tree in memory of Walter Fisher, Sr. as a living tribute, please visit Tribute Store.
+1
Plant a tree
+1