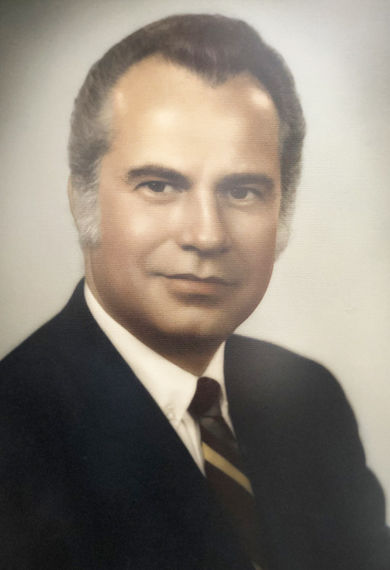 Dr. Earl Eugene Correll, 96, passed away Friday, May 1, 2020, at his home in Kannapolis. A private service was held Monday, May 4, at Trinity United Methodist Church, where he was a long-time member. The Rev. Kirk Tutterow, The Rev. Sandy Yow and Minister Kirk Sams officiated. Entombment followed at Carolina Memorial Park Mausoleum. The recorded service may be seen at www.ustream.tv/recorded/126584881. Dr. Correll was born in Fieldale, Va. He was a son of the late Jacob William Correll and Fannie Maude McCombs Correll. He was a 1940 graduate of J.W. Cannon High School. He graduated from UNC Chapel Hill in 1944, and from the University of Tennessee Medical School in 1946, at the age of 23. He was veteran in the U.S. Navy as a Lieutenant stationed in San Diego. He practiced family medicine in Kannapolis for over 50 years. He was a member of the Cabarrus County First Union Bank Board of Directors. He was one of the founders and original owners of Kannapolis Recreation Park and also a founding partner of Terry Products. He was awarded the Order of the Long Leaf Pine by Gov. James Martin in 1994, and awarded the Key to the City by Mayor Pro Tem Bob Misenheimer in 2001. He was a Past Grand Marshal of the Kannapolis Christmas Parade and Past President of the Kannapolis Lions Club. He was also a Mason and Shriner for over 50 years. Earl was an avid antique car collector including a prized 1955 Thunderbird that he bought new from Hilbish Ford. In addition to his parents, he was preceded in death by his wife, Mary Frances Overcash Correll; and brother, Jacob William Correll Jr. Dr. Correll is survived by two daughters, Cindy Leggett of Beaufort, S.C., and Tara Rhoades of China Grove; two sons, Kelly Correll and wife, Mary Margaret "Mimi", and Gene Correll and wife, Melody, all of Kannapolis; eight grandchildren, John J. Leggett (Leah), Heath Leggett (Christin), Earl Correll III (Lesley), Maggie Weinberg (Brian), Ashlee Rhoades (Jolie), Art Rhoades, Magen Anderson (Andy) and Ryan Correll (Nicole); 12 great-grandchildren; and two sons-in-law, John Leggett and Buddy Rhoades. Memorials may be sent to Trinity United Methodist Church Mission Trust Fund, 416 East 1st St., Kannapolis, NC 28083; or to the charity of the donor's choice. Lady's Funeral Home www.ladysfuneralhome.com

To plant a tree in memory of Earl Correll as a living tribute, please visit Tribute Store.
+1
Plant a tree
+1