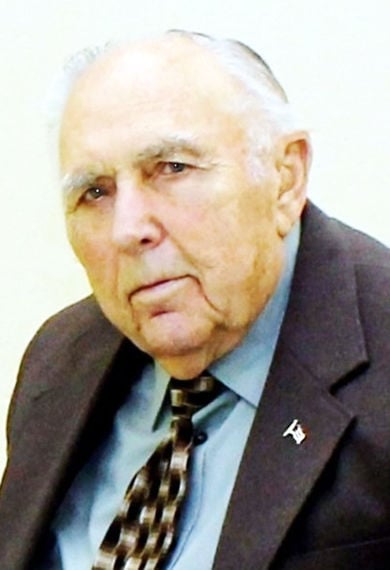 January 22, 1926 - February 3, 2020 Martin "Pawpaw" Howard Casper, 94, of Kannapolis passed away Monday, Feb. 3, 2020, at the Living Center in Concord. Howard was born Jan. 22, 1926, to the late Martin and Grace Casper. He was a lifetime resident of the area and an active Cub Scout leader of Troop 35 at his church. He served his country in World War II in the U.S. Army Company "H" 341st Infantry Division. He was a faithful employee at the China Grove Cotton Mill for 50 years until his retirement. He was an active member of Second Presbyterian Church where he had served as a former deacon and active in various phases of church activities. He was a faithful volunteer at Kannapolis Lunch Plus Club held at Living Water Church of God. He was preceded in death by his wife, Helen; son, Mike Casper; sisters, Zelia Honeycutt and Olene Childress; brothers, Carl Casper and Billy Casper; and grandson, Michael Casper Jr. He is survived by his son, Kent (Lib) Casper of Raleigh; daughter-in-law, Bobbye Casper of Euharlee, Ga.; three grandchildren, Angie (Erick) Chavez of Acworth, Ga., Kendall (Stacy) Casper of Tuscumbia, Ala., Jennifer (Andrew) Nelson of Selma; and five great-grandchildren. The family will receive friends from 1 to 2 today (Wednesday, Feb. 5), at Second Presbyterian Church in Kannapolis. The funeral service will follow at 2 p.m. In lieu of flowers, donations may be made to Second Presbyterian Church, 1578 Dale Earnhardt Blvd., Kannapolis NC 28083. Whitley's Funeral Home www.whitleysfuneralhome.com

To send flowers to the family of Martin Casper, please visit Tribute Store.
+1
+1