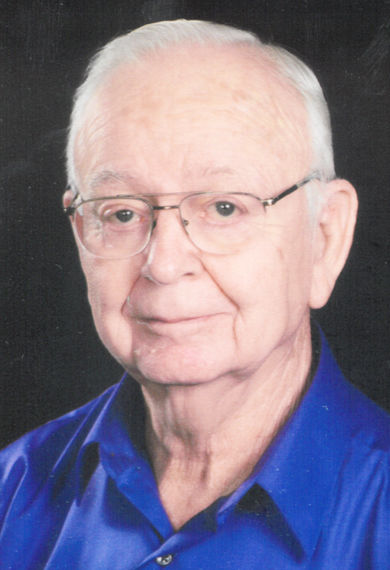 May 24, 1932 - February 13, 2020 Mr. John "Jay" Charles Burgess, 87, of China Grove, passed away Thursday, Feb. 13, 2020, at Caremoor Retirement Center in Kannapolis. He was born May 24, 1932, in Union County. He was a son of the late Stanley Washington Burgess and Gracie Ann Preslar Burgess. He was raised in Anson County and attended schools there. He was a barber for 55 years, working in Charlotte, Concord and Kannapolis. He owned and operated Jay's Barber Shop in Centerview and off North Highway 29 in Kannapolis. He also worked for Hoechst-Celanese in Salisbury, drove a school bus for Kannapolis City Schools, and sold used furniture and appliances. Jay served in the U.S. Army during the Korean War driving a Jeep and carrying men and supplies to the frontlines. He was in the 25th Infantry Division. Jay was a member of Calvary Baptist Church in Kannapolis. Jay had a wonderful sense of humor and never met a stranger. He loved to fish and hunt rabbits with his pack of beagles. In his younger years, Jay loved to garden, always planting extra for friends and neighbors. Jay enjoyed Country and Gospel music. He enjoyed listening and dancing to live bands at the Concord Senior Center and YMCA in Kannapolis, where he made many friends. He loved to travel to places that had live musical shows such as Branson, Mo., Pigeon Forge, Tenn., and Myrtle Beach, S.C. Jay loved to attend auctions, estate and yard sales. He enjoyed working word searches and circle puzzles. In addition to his parents, he was preceded in death by a son, Charles Alan "Chuck" Burgess; former wife of 36 years, Millie Tyner Burgess; three sisters, Carrie Lee Howard, Odell Penninger and Isabelle Williams; and four brothers, Grover Burgess, Clyde Burgess, Bruce Burgess and Roy Boyce Burgess Sr.; two sisters-in-law, Diane Pettigrew and Elsie Lowder; and a brother-in-law, Henry Martin. Jay is survived by his wife of 13 years, Myra Gail Ballard Burgess of China Grove; son, Jeffery Scott Burgess and wife, Becky, of Kannapolis; daughter, Reba Renee Lee of Kannapolis; stepson, Jeffrey David Ballard of Michigan; two sisters, Radie Clontz of Concord and Flora Mae Martin of Wadesboro; sister-in-law, Sue of Kannapolis; brothers-in-law, Ken Lowder of Salisbury, Mike Lowder and wife, Carol, of China Grove and Dick Pettigrew of Florida; and numerous grandchildren, great-grandchildren and nieces and nephews. A funeral service is scheduled for 11 a.m., Monday, Feb. 17, at Lady's Funeral Home Chapel. Dr. R.J. "Beaver" Hammond will officiate. Interment with military honors by the Cabarrus County Veterans Honor Guard will follow at Carolina Memorial Park in Kannapolis. The family will receive friends from 10 to 10:45 a.m., at the funeral home, prior to the service. Memorials may be sent to Calvary Baptist Church, 703 Buick Ave., Kannapolis, NC 28081; or Hospice & Palliative Care of Cabarrus County, 5003 Hospice Lane, Kannapolis, NC 28081. Lady's Funeral Home & Crematory www.ladysfuneralhome.com

To send flowers to the family of John Burgess, please visit Tribute Store.
+1
+1