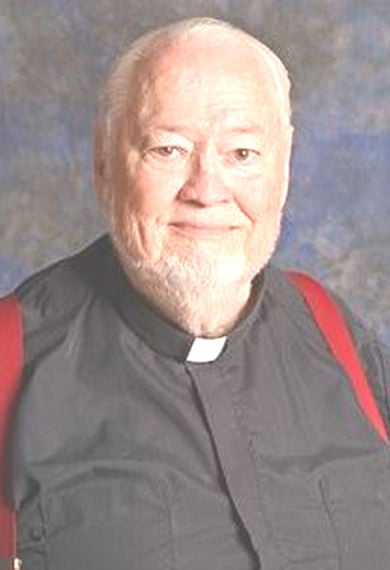 The Rev. Roger Addison Armistead March 14, 1938 - April 30, 2020 Roger Addison Armistead, an eight-year resident of Concord, as pastor of Friendship United Methodist Church, passed away Thursday, April 30, 2020. Roger was born March 14, 1938, in Dallas, Texas, to Hubert Lee Armistead and Oleta Johnson Armistead (parents), both of whom preceded him in death, along with his loving sister, Barbara Armistead Enright. Roger is survived by his beloved wife of 59 years, Diane Williams Armistead; their children, Mark and Anne Marie Armistead (daughter-in-law); daughter, Lisa Armistead; grandson, Joshua Armistead; brother, Dr. William P. Armistead and wife, Adrienne; and nieces and nephews, Clark Enright, Craig Enright, Rhonda Enright Grounds, Lori Enright Murphy; and many other extended family members. Roger grew up in Dallas, Texas. He graduated from South Oak Cliff High School in 1956, where he was captain of the varsity basketball team. He went on to University of Texas at Arlington with the intent of becoming an engineer, but his Lord and Savior Jesus Christ called him to full-time ministry and Roger faithfully answered. After his first year of college, he transferred to Asbury College to earn a bachelor's degree, where he met his beautiful bride, Diane, and then entered Asbury Theological Seminary in Wilmore, Ky., and earned a Master of Divinity degree. He then began full-time pastoring with Diane and raised his children in the fear and admonition of the Lord. Throughout his life he pastored churches in several different states and locales in keeping with the itinerate Wesleyan tradition of the United Methodist Church. Roger was a man of truth, was deeply interested in the things of God, believed in the inerrancy of scripture and its ultimate authority, was committed to following it, and he experienced and saw God manifest through the Holy Spirit in supernatural ways, rare to the common believer. Roger was a trusting man who seemed to see only the good in most people. He was a giver of what he had almost to a fault, supporting ministries and human need all over the world, and he had an unwavering heart for Israel. A thinking person, he was always reading a new book and had a love of history. His friends in the pastorate would call him faithful, kind and brotherly, a protector of his flock, and one who was interested in developing the knowledge and the character of Christ in those who wanted to grow with him. Roger would not think of himself as a great man, but instead would acknowledge his own humanity, weakness and mistakes before his Great Lord and Savior Jesus Christ, in whose love, grace and mercy he was totally dependent upon. Roger already is, and will be, greatly missed by all who knew him, and we, his family, take comfort knowing without doubt that he is experiencing the fullness of the presence of God in heaven. A public celebration of Roger's life will be held at a later date and location (or digital venue), yet to be determined due to the impact of the current pandemic. In lieu of flowers, the family suggests that donations be made to Samaritan's Purse. Personal mail communications to the family should be sent to: Diane Armistead P.O. Box 1382, Mount Pleasant, NC 28124. Gordon Funeral Home of Mt. Pleasant www.gordonfuneralhome.com