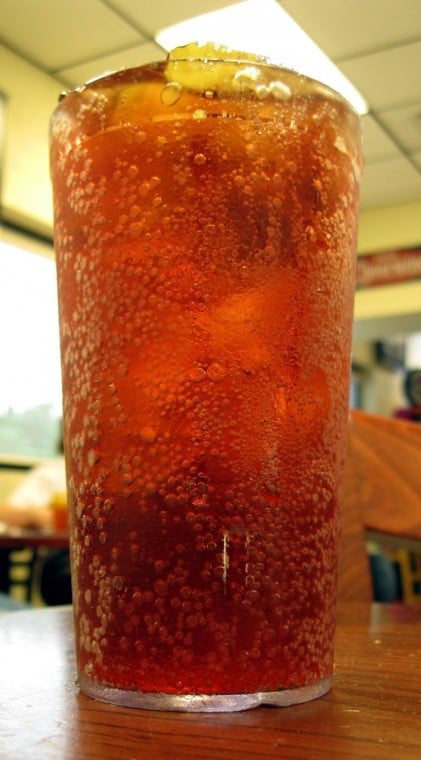 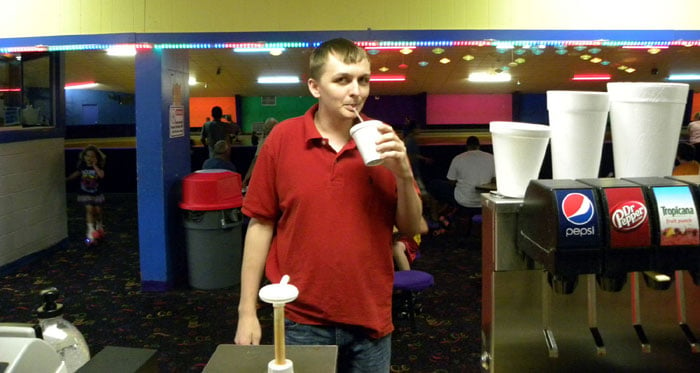 CONCORD, N.C. -- Concord is known for many things — racing, textiles, shopping and more. But it has another claim to fame — a beverage concoction with a witchy name.

The witch doctor has a few different varieties, but its ingredients are generally considered to be Pepsi, Dr. Pepper, Sierra Mist, Sun Drop, cherry flavor, Cheerwine, lemon — and pickles. It’s a suicide drink, plus the lemon and pickles.

It may sound strange, but the savory-sweet libation is quite popular among locals in Concord, Kannapolis and Mooresville, especially those who grew up with it.

“It’s really good,” said Mark Hadden, who came to skate at Frye’s Roller Rink in Concord on Wednesday. “It’s mysterious. There’s no telling what it is.”

“There’s just so many flavors,” he added.

Hadden said he first tried the drink four years ago.

“It’s been around as long as I can remember,” said Tim Lowder, manager of Frye’s Roller Rink in Concord. He said he remembers getting the drink at many of the What-A-Burgers in Concord and Kannapolis. Some, like the drive-in at Concord Parkway and Poplar Tent, are no longer around.

On Internet message boards like city-data.com and bevnet.com, users wax nostalgic about growing up in Concord and drinking witch doctors. Most associate the drink with the regional What-A-Burger chain. It’s also found at Punchy’s Diner on Concord Parkway North.

But the story of the witch doctor seems to have its beginning at Frye’s Roller Rink.

Sandra Frye, 73, said she remembers one summer in the mid-1950s when her father-in-law, Don Frye, created the brew.

Don Frye and his wife Nell, opened a swimming lake in front of their new location on Poplar Tent Road. And one hot summer, Don put together a suicide and added pickles.

“Mr. Frye was always trying new things,” Sandra Frye said. She said Nell Frye came up with the name for the drink.

The witch doctor was an instant classic for the kids who frequented the roller rink, though it took some time to catch on with newcomers, she said.

But it did catch on, and over the years, it’s stayed popular, moving out of the rink and into surrounding areas, where it sits unimposing on many a local menu, waiting to intrigue a new set of taste buds.