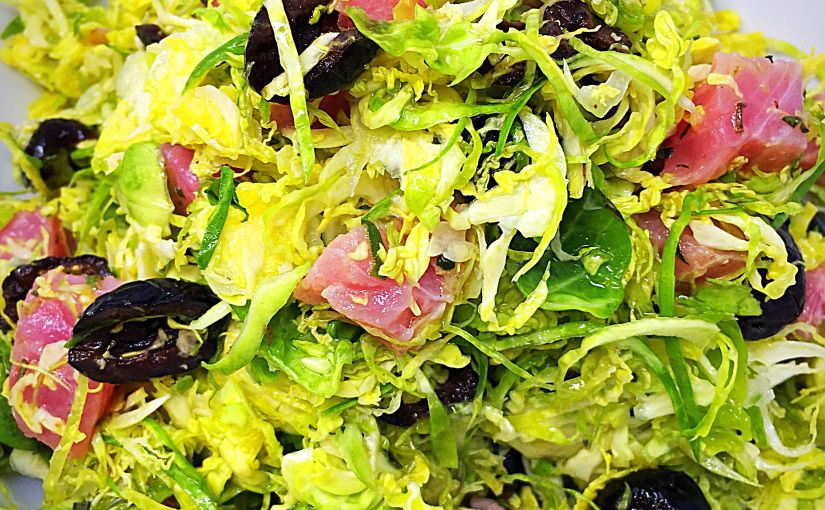 Shredded Brussels sprouts are a part of this zesty fresh salad. 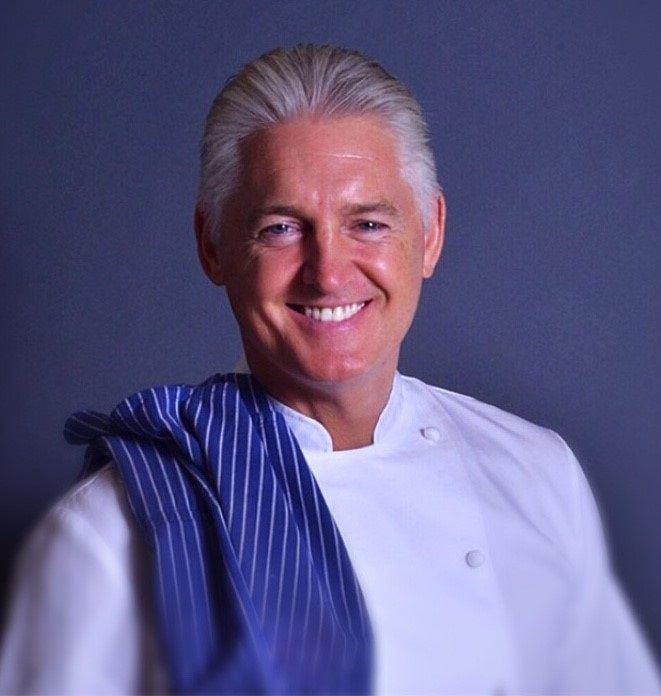 Mark Allison, Executive is Chef of Culinary Innovation at the Cabarrus Health Alliance. Check out www.cabarrushealth.org/cookingclasses for more recipes and a list of upcoming cooking classes with Chef Allison.

People typically think of boiling or roasting Brussels sprouts. Let’s think outside the sprout, and shred them adding some zesty lemon juice, a splash of extra virgin olive oil and some diced fresh tuna. That would surely turn your tedious Brussels sprouts recipe into a spectacular salad that everyone will enjoy.

Named after the city of Brussels in Belgium, the mighty Brussels sprouts were cultivated by the Romans all the way back in the 1200s. They were brought via migrating farmers to the Americans in the 1800s. Brussels sprouts are high in vitamins K and C, low in cholesterol and saturated fat and are a good source of riboflavin, magnesium and phosphorus.

The nutrition profile is completed by supporting roles from vitamin A and B6, thiamin, folate, potassium and manganese, copper, calcium and iron. In the same family as cabbage, radish, cauliflower and kale, Brussels sprouts are a cool weather crop, growing mostly in the winter months of the year.

With a nutty earthy taste, they are best eaten raw. Just be careful not to overcook them as this will destroy not only the nutrients but the flavor, texture, color and, most noticeably, the aroma.

2 lemons juice of (zest of one)

Take a large salad bowl and whisk together the olive oil, lemon juice and add a sprinkle of sea salt.

Add the sliced Brussels sprouts, olives, parsley and marjoram and toss to coat in the dressing. Cover and place in the fridge for at least 60 minutes to 3 hours.

Remove from the fridge, stir in the diced tuna, add a twist or 2 of freshly ground black pepper and serve.

Nothing better than a healthy rich casserole this time of year to keep the chills away.

We all think turkey or ham for Christmas Day, which is traditional and so good, but who really thinks about dessert, other than apple pie, pum…

Dal or dahl is as common in India as roasted potatoes are in England or mac and cheese in America. The word means dried legume, as in lentil, …

Love, love, love vegetables, even more so with added texture. The best cooking methods for me, allow for texture and sweetness to be achieved …

I was classically trained in French cuisine many, many years ago as a young commis chef. I later became an executive chef at a French style re…

Apple pudding and apple cake are two very popular desserts in England, with the main ingredient being apples (you might have already guessed that?).

Crispy, golden chicken breasts that have been lightly dredged in flour and parmesan cheese, pan fried until a light golden crust forms and the…

I love traditional recipes and where they originated from. With having been married to a Welsh lass for twenty years and living in Wales for 1…

Beef Stroganoff is a Russian dish (from the 19th century) of sautéed pieces of beef served in a rich sauce made from smetana (sour cream).

Talk about having dinner on the table in less than 20 minutes – Then this is the recipe for you! Healthy, Lite and delicious are the main ingr…

This easy to make, very moist local honey bee cake, will fill your house with a wonderfully sweet and spicy scent as it bakes in the oven. Whe…