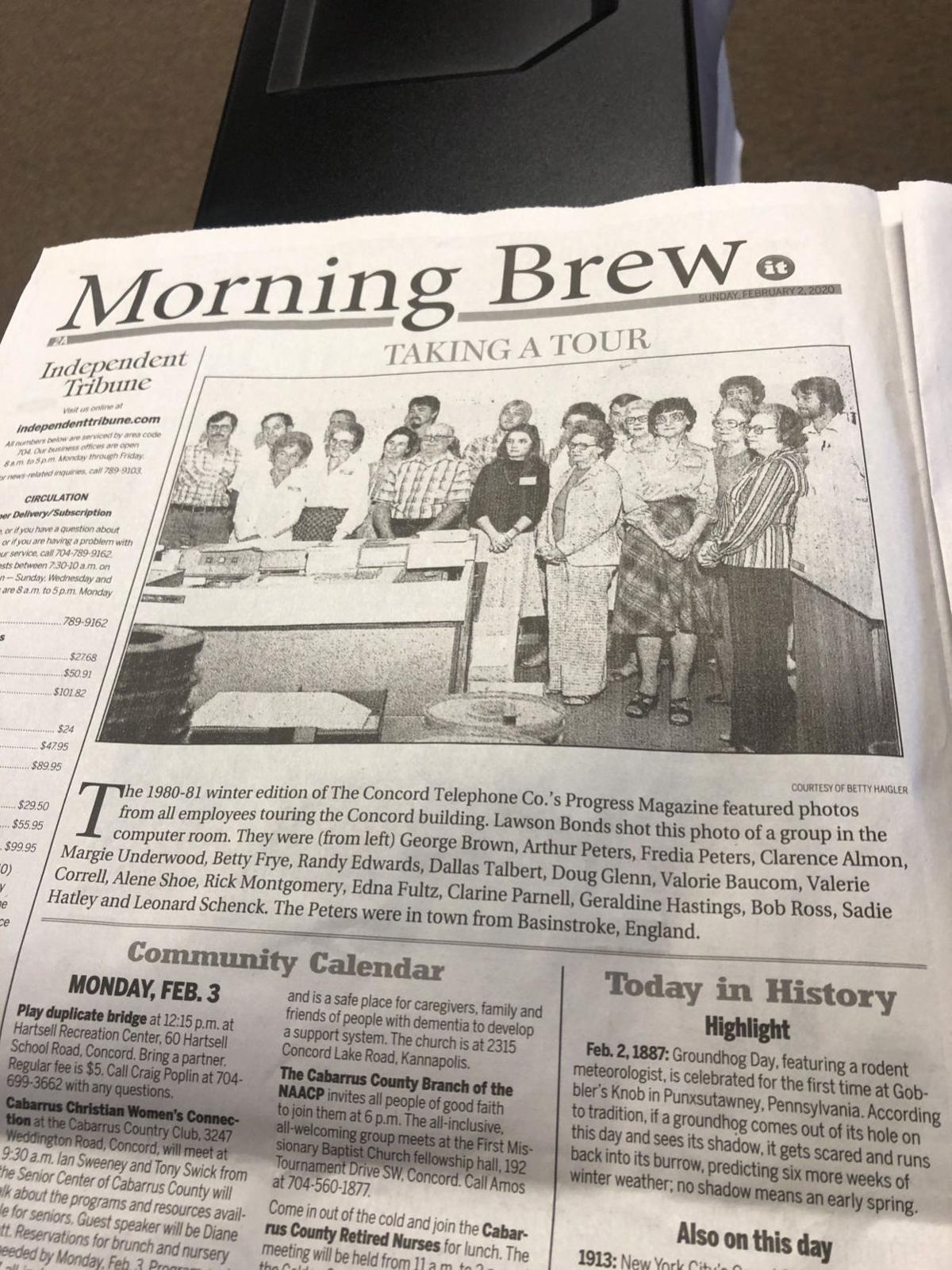 Shirley Bonds took a quick look at the Feb. 2 Independent Tribune before heading to church and got a surprise - she saw a picture of her younger brother from 1980. 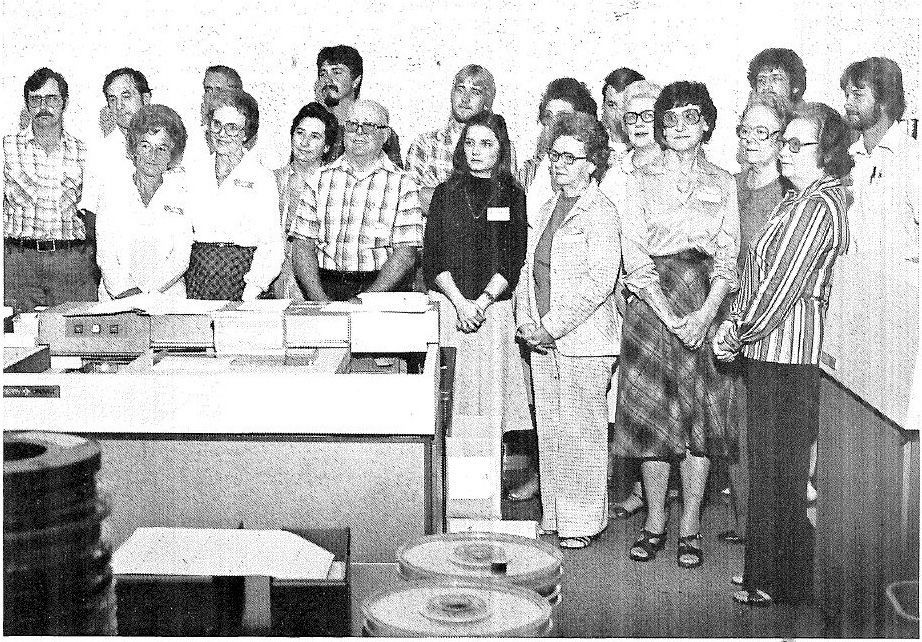 Shirley Bonds took a quick look at the Feb. 2 Independent Tribune before heading to church and got a surprise - she saw a picture of her younger brother from 1980.

We’re going to go Paul Harvey on you a little bit today with “… the rest of the story.” OK, it won’t be as dramatic as the old radio commentator, but I enjoyed hearing and relaying this story to you.

For those of you who don’t know Paul Harvey, look him up on The YouTube. You’ll hear his stories. I think you’ll see what I like about him.

Visitors from England. A photo in the Feb. 2 Independent Tribune showed a tour group at the Concord Telephone Co. It was a Lawson Bonds photo from Progress Magazine’s winter 1980-81 edition.

It showed a group of people standing and listening to the tour guide. Many of the group were CTC employees, but there were at least two guests that day — Arthur and Fredia Peters — all the way from Basingstoke, England. Basingstoke is the largest town in Hampton County, about an hour’s drive southwest of London.

Arthur and Fredia were in Concord visiting, and Clarence Almon arranged for the English tourists to join the group that day. Almon was Archie Bonds’ brother-in-law, and the Peterses were staying with the Bonds.

A war bride. Archie Bonds served during World War II and was wounded, sending him to a facility near Basingstoke. And, as fate would have it, it would change his life forever. That’s where he met the love of his life.

Shirley Peters tagged along with her sister and her friend to the movies, where they met three young men. One of those men was Archie. Archie and Shirley immediately hit it off.

“Oh, I don’t remember the name of the movie, but I remember Archie,” Shirley said.

Archie was transferred to another base, but the couple wrote to each other, and Shirley took the train and visited him. They continued to date and wanted to get married.

There were hoops to be jumped through for the lovebirds. They had to talk with the chaplain, who wanted to make sure they were ready for such a big decision. And in England, any girl under age 21 had to get consent to marry from her parents.

On April 6, 1946, Shirley Peters and Archie Bonds were married.

“Everything was so different.” Shirley came to the United States in 1946. She came through Ellis Island, and she lived in a quarantine tent for 90 days before she could come to Cabarrus County.

“Everything was different here,” Shirley said. Her son, Larry Bonds, remembers her talking about it. “She had to learn to cook with lard.”

But she adjusted well.

They were married for 59 years before Archie’s death in 2005.

A surprise in the Independent Tribune. Shirley got up to go to church on Sunday, Feb. 2, and as was her custom, she took a quick look at the newspaper before she left.

Usually she reads the obituaries first (I know that’s what most of you do first, too), but for some reason the old photo on Page 2A caught her eye first.

“That guy looks just like my brother,” Shirley said.

As she read the caption underneath, she realized it was her younger brother, Peter, who came for a visit in 1980.

“That made my day,” said Shirley, who recently turned 92.

As she got to church that morning, her friends had seen it, too. Several gave her clippings. She plans to send Peter one of them.

Another pleasant surprise. Peter, 88, suffered a stroke last summer, and Shirley thought she would never hear his voice again. Thanks to technology, she not only heard him but saw him, too. Larry said Shirley and Peter talked on FaceTime on Dec. 28.

Lately Shirley’s felt right at home in Concord. “With all the rain, it feels like I’m back in England.”

And now you know the rest of the story.

Happy Valentine’s Day, everyone, and especially to my wife, Kim. UPDATE: I’m not quite as much in the doghouse tonight. I was supposed to call the college baseball opener for Lehigh at Davidson on www.davidsonwildcats.com, but Lehigh's flight was cancelled (weather up north) and the game was pushed back to Saturday. A doubleheader is expected Saturday afternoon at Wilson Field.

If you have a Friday Five, story suggestion or something I can rant about, email mplemmons@independenttribune.com.