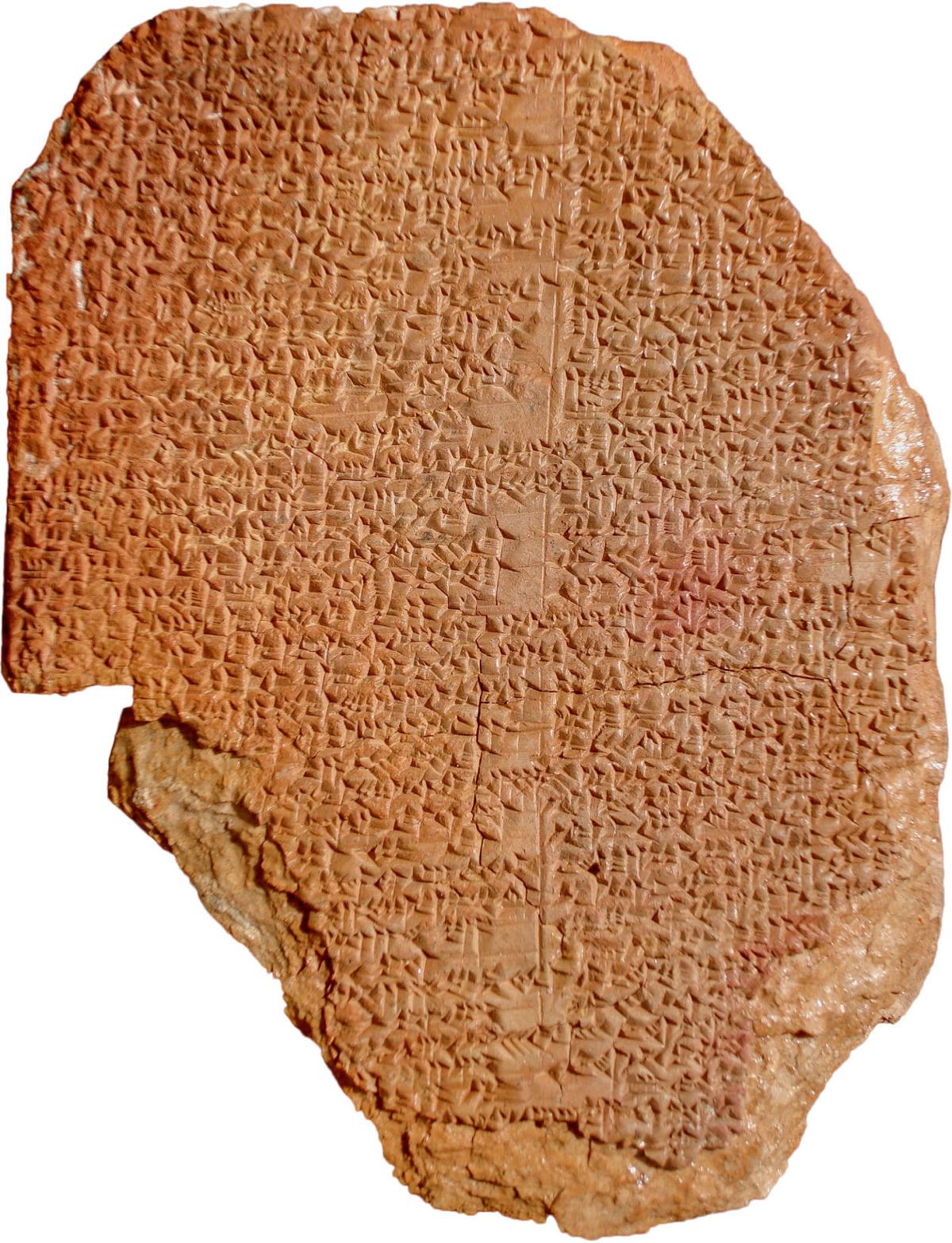 The Gilgamesh Dream Tablet. MUST CREDIT: U.S. Attorney’s Office for the Eastern District of New York

The entrance to the Museum of the Bible in the District of Columbia in November 2017. MUST CREDIT: Washington Post photo by Michael S. Williamson

The Gilgamesh Dream Tablet. MUST CREDIT: U.S. Attorney’s Office for the Eastern District of New York

The entrance to the Museum of the Bible in the District of Columbia in November 2017. MUST CREDIT: Washington Post photo by Michael S. Williamson

WASHINGTON — In yet another setback for the Museum of the Bible, federal authorities on Monday began the process of taking ownership of a rare cuneiform tablet, known as the Gilgamesh Dream tablet, that its main supporter, Hobby Lobby, bought for $1.6 million in 2014. Prosecutors believe the historically significant tablet, originally from an area that is part of modern Iraq, entered the country illegally.

In response to the government’s action, Hobby Lobby Stores Inc. filed a lawsuit against Christie’s on Tuesday, charging the auction house with fraud and breach of contract and seeking return of the $1.67 million it paid for the item. The Oklahoma City-based arts-and-crafts chain is the primary benefactor of the D.C.-based Museum of the Bible, a 430,000 square-foot building that opened in 2017, just blocks from the Capitol. The museum is closed temporarily because of the coronavirus.

The Gilgamesh Dream tablet is inscribed with part of an epic poem and is considered to be one of the world’s oldest religious texts and works of literature. Federal agents seized it from Hobby Lobby in September after the museum identified it as one of thousands of its artifacts with problematic provenance.

The forfeiture complaint is the latest controversy for the museum, founded by Steven Green, and the Hobby Lobby corporation he now leads, which was founded by his father, David Green. In 2014, the evangelical owners of Hobby Lobby won a Supreme Court case against mandatory employer-provided birth control.

For years, scholars have questioned the origin and authenticity of artifacts in the Hobby Lobby collection, estimated at 44,000 pieces, hundreds of which are on display in the museum. In 2017, Hobby Lobby forfeited 3,800 stone tablets that federal officials said were illegally imported, and paid a $3 million fine in a settlement it reached with the Eastern District of New York. As part of the settlement, Hobby Lobby agreed to submit to federal oversight for 18 months. The rare artifacts were repatriated the next year.

In recent years, Steven Green has admitted to making mistakes in assembling the private collection. In March, he announced that an internal review identified 11,500 items that had “insufficient provenance.” Officials were working to return the items to Egypt and Iraq, he said.

At the same time, an internal report determined that the collection’s 16 Dead Sea Scrolls were fake. That finding did not surprise many scholars who had been critical of the museum and its policies, according to Candida R. Moss, co-author with Joel S. Baden of “Bible Nation: The United States of Hobby Lobby.”

“For the last 12 months, their narrative has been they made mistakes, they realize they made mistakes and they are earnestly trying to correct those mistakes. That is a Christian narrative,” Moss said. “This constant act of public repentance and rebirth — it wouldn’t work in any other forum.”

In the latest forfeiture complaint, federal prosecutors in the Eastern District of New York allege that an unidentified auction house’s antiquities director was told by a dealer that the provenance letter accompanying the tablet was false and should not be used in a public sale. Hobby Lobby bought the item in a private sale in 2014. Three years later, Hobby Lobby asked about the provenance but it says that the auction house did not disclose the letter or the dealer’s name, according to the complaint. The museum cooperated with the investigation.

“This lawsuit seeks a recovery for Hobby Lobby based upon promises Christie’s made when it sold the Gilgamesh Tablet to Hobby Lobby in 2014. We will be joining our lawsuit with the Government’s forfeiture action. We are confident that we will be successful in recovering the purchase price from Christie’s,” Hobby Lobby’s attorney Michael McCullough said in a statement issued Tuesday.

A Christie’s spokesperson said the lawsuit is linked to an unidentified dealer’s admission to government authorities about falsified documents from more than decade ago.

“Now that we are informed of this activity predating Christie’s involvement, we are reviewing all representations made to us by prior owners and will reserve our rights in this matter,” the spokesperson said. “Assertions within the filing that suggest Christie’s had knowledge of the original fraud or illegal importation do not comport with our investigation.”