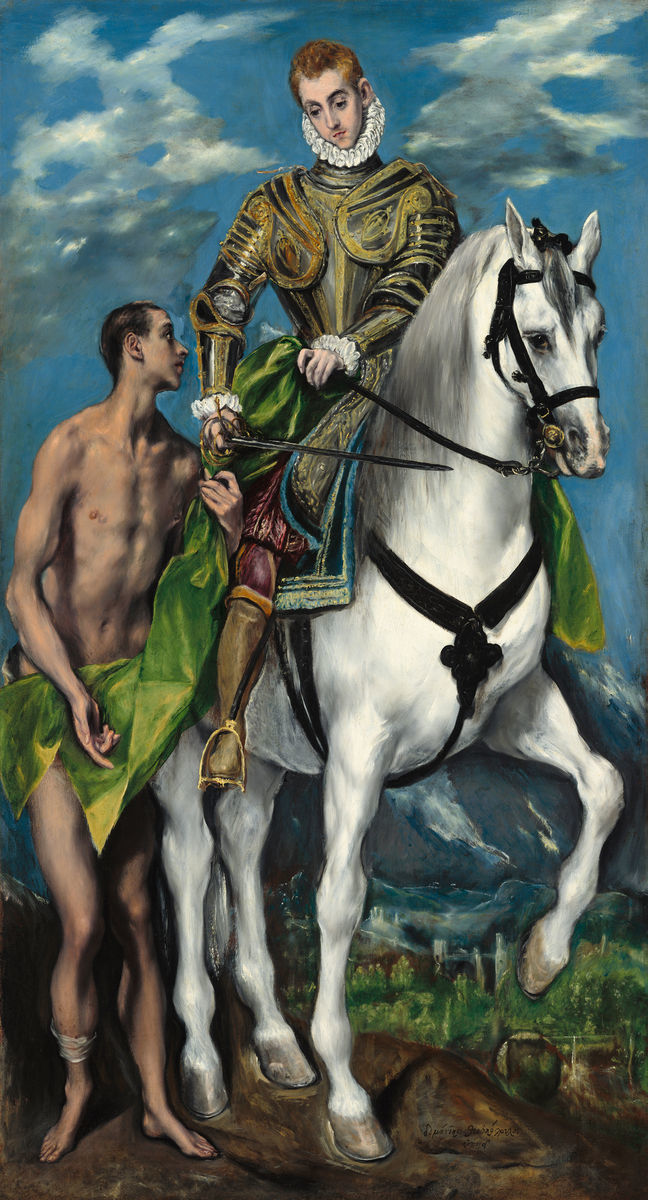 “Saint Martin and the Beggar” (1597-1599) by El Greco. MUST CREDIT: National Gallery of Art, Widener Collection 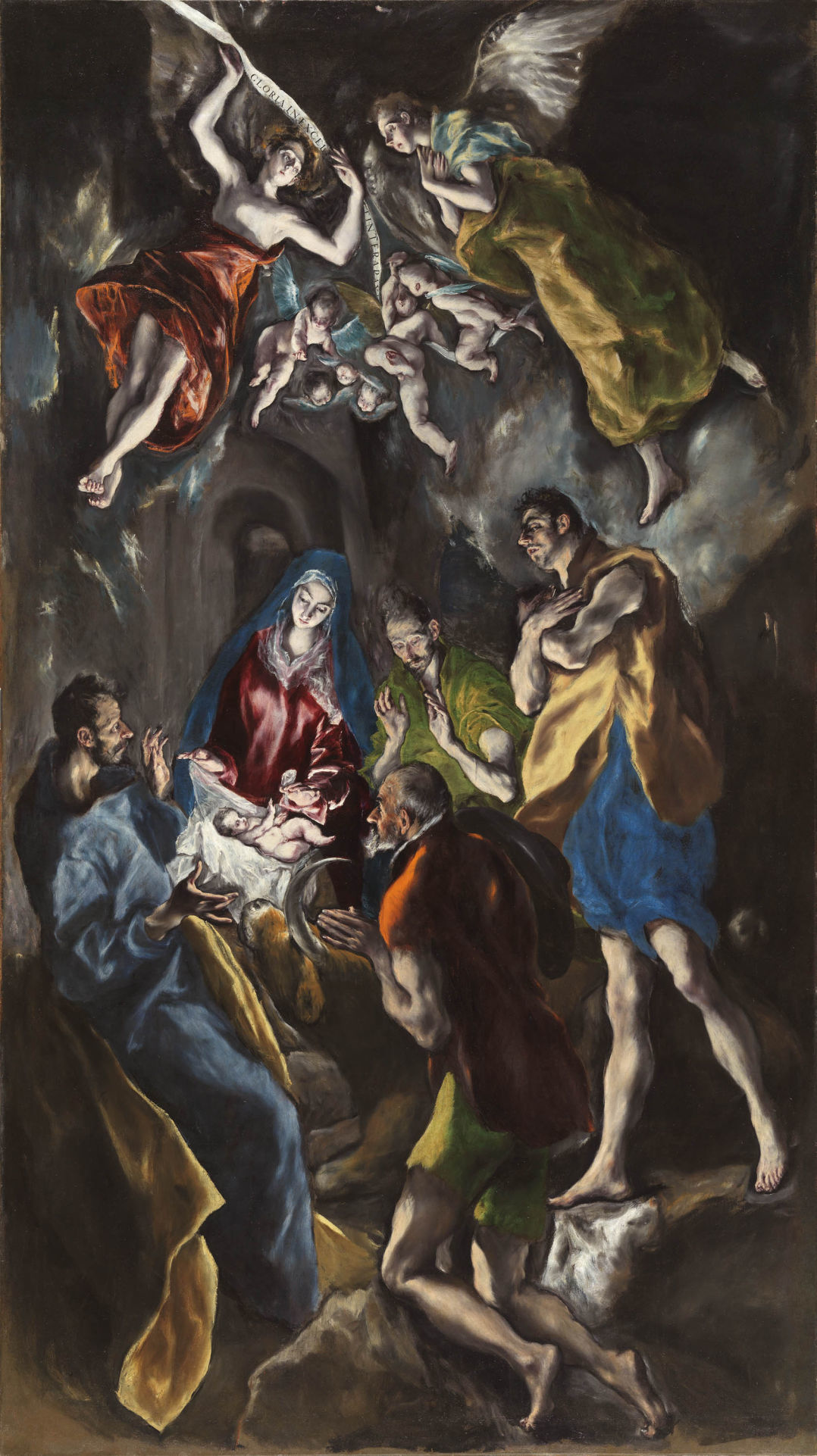 “The Adoration of the Shepherds” (1612-14) by El Greco. MUST CREDIT: Museo Nacional del Prado, Madrid/Art Institute of Chicago 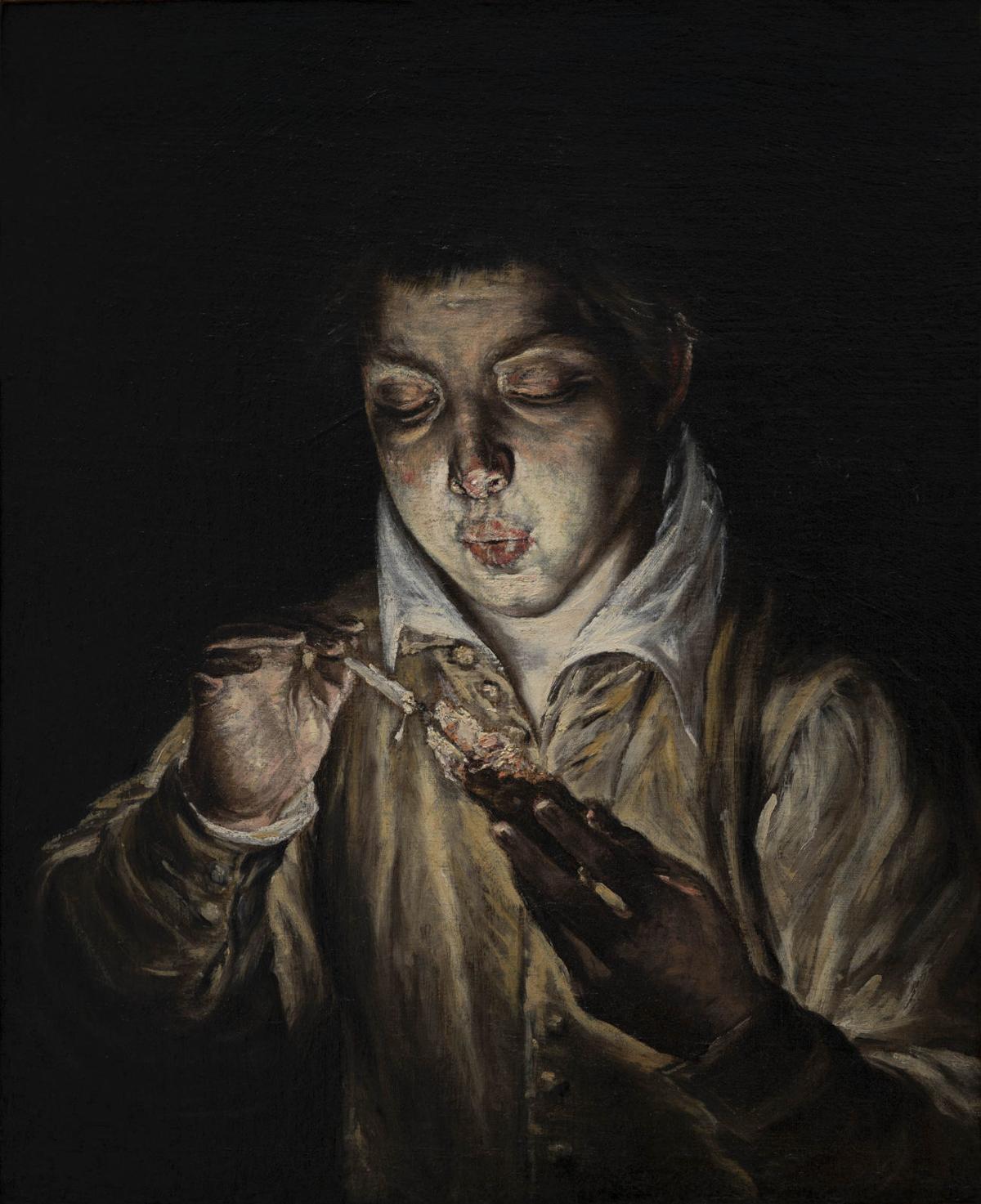 "A Boy Blowing on an Ember to Light a Candle (El Soplón)" (about 1570) by El Greco. MUST CREDIT: Colomer Collection, Madrid.

“Saint Martin and the Beggar” (1597-1599) by El Greco. MUST CREDIT: National Gallery of Art, Widener Collection

“The Adoration of the Shepherds” (1612-14) by El Greco. MUST CREDIT: Museo Nacional del Prado, Madrid/Art Institute of Chicago

"A Boy Blowing on an Ember to Light a Candle (El Soplón)" (about 1570) by El Greco. MUST CREDIT: Colomer Collection, Madrid.

The idea that great art is timeless is a fine piece of rhetoric. But it’s demonstrably false. Art, like any object, exists within history. It becomes most interesting when it is most urgently contemporary. Great art either matters to you — to me, to us, right here, right now — or it doesn’t.

Recognizing this, I’ve found, can be fruitful — and in unexpected ways. Far from lessening my curiosity about the past reception of art, it deepens my fascination. It makes me crave to know the ways in which the art in our museums felt contemporary (i.e. vital, a going concern, a solace, a stimulant) to other artists I love.

What different things — because they must have been different! — did Francis Bacon, John Singer Sargent and Édouard Manet get out of Velazquez? What did the Impressionists Berthe Morisot and Renoir see in the Rococo painters Watteau and Fragonard? What did Matisse extract from Giotto?

If you want to understand how an old master can, centuries later, become suddenly and urgently relevant, it’s fun to think about El Greco (1541-1614). Born Domenikos Theotokopoulos, El Greco came from Crete to Toledo, Spain, via Italy. A leading light of the Spanish Renaissance, he was the subject of a magnificent show I saw last year at the Grand Palais in Paris. Organized by the Kimbell Art Museum’s Guillaume Kientz, it arrived at the Art Institute of Chicago just as covid-19 shuttered the museum.

A pity: El Greco’s paintings could be useful to us now. Though their spaces are shallow, at times almost claustrophobic, they hold out the promise of deep compassion, a dark and watery-eyed mood that seems to flicker in and out, keyed to the pulse of life and its two constants: change and mortality.

El Greco, as the name suggests, was an outsider. Ambitious, intelligent, as apparently mutable as the bodies he shaped, he began his career painting icons in the byzantine style. Upon leaving Crete (then under Venetian rule) for mainland Italy, he set himself the modest task of “correcting” Michelangelo (who had died three years earlier). He had harsh words, too, for Leonardo da Vinci.

It’s fair to say that El Greco sought to unite the color and touch of Venetian-style oil painting with Michelangelo’s kinetic, questing, spirit-convulsed bodies in complex space. But then, that would be fair to say of many late-16th-century painters — Tintoretto, for instance. It doesn’t tell us why El Greco looks so different from everyone else, or why he called out so urgently to artists in the late-19th and early-20th centuries.

“El Greco’s great merit,” wrote the Impressionist Mary Cassatt, in 1903, to her friend Louisine Havemeyer, “is that he was two centuries ahead of his time; that is why painters, Manet among them, thought so much of him.”

We know what Cassatt meant. But it is not “a great merit” to be “ahead of one’s time,” nor is it actually possible. No one believes that El Greco was a prophet, that he foresaw industrialization, the invention of photography or the rise of modernity, and painted accordingly. Yet something about his work clearly spoke to artists living in those new circumstances. What was it?

Cassatt’s friend Edgar Degas was one of the earliest modern champions of El Greco. In the 1890s, he acquired two El Greco paintings for his collection (one is now in the National Gallery of Art, the other in Boston’s Museum of Fine Arts). His friend Henri Rouart wrote to congratulate him on the purchase of the painting now in Boston. El Greco, Rouart said, was “incomparable, the most beautiful of all. ... In terms of feeling and enveloping color no one has taken it further.”

Unloved in Italy, El Greco settled in Toledo, Spain. And of course, the modern artist most famously under El Greco’s spell was himself a Spaniard: Pablo Picasso.

Without El Greco, Picasso’s early Blue and Rose periods are hard to imagine. Upon seeing Picasso’s work in Barcelona in 1900, one observer saw evidence of “a kind of inspired fever reminiscent of the best works of El Greco and Goya, the only indisputable masters or divinities for Picasso.” In 1919, another Picasso watcher, Roger Allard, observed that “the intertwined bodies of lovers in (Picasso’s) pictures of the Blue Period have the sickly, tortured air of El Greco figures.” And in his Picasso biography, John Richardson showed how El Greco’s “Vision of Saint John” (in the Metropolitan Museum of Art) played a major role in the conception of Picasso’s breakthrough masterpiece “The Demoiselles d’Avignon.”

Picasso himself said that what he most liked about El Greco’s work were the portraits, “all those gentlemen with pointed beards.” And yet El Greco’s influence on him went far deeper. Compare, for instance, Picasso’s famous “Boy Leading a Horse,” in the Museum of Modern Art, with El Greco’s “Saint Martin and the Beggar,” at the National Gallery. You can see connections in the attenuated forms, the shallow space, even the way the paint was applied. But it had to do, finally, with feeling: frailty, suffering, stripped-back vulnerability.

Many of El Greco’s best works ended up in American museums. The National Gallery has seven, and there are more paintings by him at the Phillips Collection, Dumbarton Oaks and the Walters Art Museum in Baltimore. New York, too, has great El Grecos, at the Metropolitan and the Frick Collection, and there are great examples of his work in Boston, Chicago, Worcester, Cleveland and Los Angeles, among other places.

Almost all of these paintings came to America in the early 20th century. At that time, according to an article in the New York Times in 1912, “one collector and another falls under the spell of that fiery and unequaled genius.”

But collectors were only following the lead taken by artists. Among the most influential of these (in part because he painted many of their portraits) was John Singer Sargent. Sargent loved Spain and, as is well known, revered Diego Velazquez. But he had also been to Toledo and fallen in love with El Greco. It was on his advice that the Museum of Fine Arts, Boston, acquired its beautiful El Greco portrait of the monk Fray Hortensio Felix Paravicino.

Sargent noted in a 1904 letter to the MFA’s director, Edward Robinson, that there had been “a considerable awakening of interest in El Greco’s pictures.” Before this “awakening” it had been common, even among El Greco’s admirers, to think he had been insane. What else could explain his subjects’ beseeching eyes, their attenuated bodies, the strange distortions of space in his paintings and their bold, at times almost lurid, coloring?

In fact, theories abounded, as the curator and art historian Ronni Baer has noted. Some suggested that the distortions in El Greco’s figures were evidence of eye problems. When, in 1915, the Duke of Alba sent Sargent a copy of a pamphlet attributing the “peculiarities” of El Greco’s draftsmanship to an astigmatism, Sargent sent his thoughtful reply:

“Being very astigmatic myself I am very familiar with the phenomena that result from that peculiarity of eyesight, and it seems to me very unlikely that an artist should be influenced by them in the matter of form and not at all in the matter of colour.” After carefully disassembling the attribution of El Greco’s distinctive use of color to astigmatism, Sargent continued: “As for the elongation of his figures, it may be partly due to astigmatism, but the Renaissance affords so many examples of this exaggeration of elegance that it may also be accounted for as a mannerism of the time.”

Sargent was right: The late 16th century — a period art historians came to describe as Mannerism — was a time of great experimentation, if not always clear purpose. The same could be said of the late-19th and early-20th centuries. Both periods were pervaded by a sense of spiritual crisis. Big ideas about how to see the world competed with one another. Armies were mobilized. Blood was shed.

Artists reacted by experimenting, and by asking big questions. How much can I ask of art? What deeper things can I get it to convey? How can I get at not only what is visible, but also things that may be invisible? What conventions will I have to break to do it?

These are the things, put simply, that modern artists had in common with El Greco. They were amazed by his strangeness — the liberties he took — but also by his consistency. He seemed to have devised an artistic lexicon all his own. His fondness for theme and variation appealed to the Impressionists and Cézanne. His expressive distortions surely appealed to Picasso. There was something self-contained, almost hermetic about his work. And this, too, spoke to modern artists who were increasingly determined to settle on original styles, as evidence of their own singularity, their spiritual integrity, in an age of mass confusion.

But perhaps we should leave it there. Try to pin down influence and, inevitably, you miss the pith of the matter. “Explaining it away,” you betray the mysteriousness of the process, which plays out differently from artist to artist, and from day-to-day.

So look at El Greco (for now, online will have to do). Feel the gusts of emotion his paintings activate. Let him be wild and weird. Don’t try to tame him into “timelessness.”