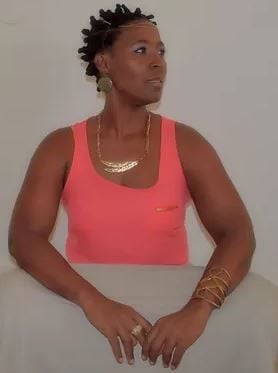 CONCORD — A vibrant Jamaican-born singer and songwriter is bringing her culture and style to a Concord church.

“With my concert, the style of music that we do is particularly reggae, so like if you are going to sing something, more than likely it is going to be reggae,” Wright said. “It’s more like something where you wave your hands and has kind of a cool vibe.”

Wright, who grew up in Kingston, Jamaica, will launch her new EP, titled “Real Ting,” because of its vibrant rhythms.

“It’s very vibrant and has energy like you want to move and dance,” Wright said.

Wright, under the record label 16-Bars Multimedia LLC, considers her songs to be Jamaican gospel.

“It’s gospel of Jamaican type,” Wright said. “You clap your hands and play the tambourine or the drums. That’s the kind of vibe that it has.”

According to Wright, “Real Ting” has a “rich flavor of authentic roots and culture and dance-hall flavors.”

Wright, who writes all her songs, said the high points in her lyrics are centered on giving praise to God, celebrating family and encouraging love and harmony.

In 2000, she produced “Portrait of Praise,” which included a hit song titled “If You Miss Me.” In 2005, she released the album, “Blessing and Honor,” which includes songs “Heaven,” “Turn Around” and “How Could I.”

Aside from singing, Wright said she enjoys acting and being an author. In 2010, she published her first book, “The Conqueror’s Quest,” which is a book of poems.

Wright has lived in North Carolina, in the Charlotte area, since 2015.

Her songs are produced by Chris Napier, who is a drummer and part owner at 16-Bars Multimedia LLC.

Doors for the concert open at 6:15 p.m. for red-carpet pictures.

There will also be authentic Jamaican jerk chicken for sale.