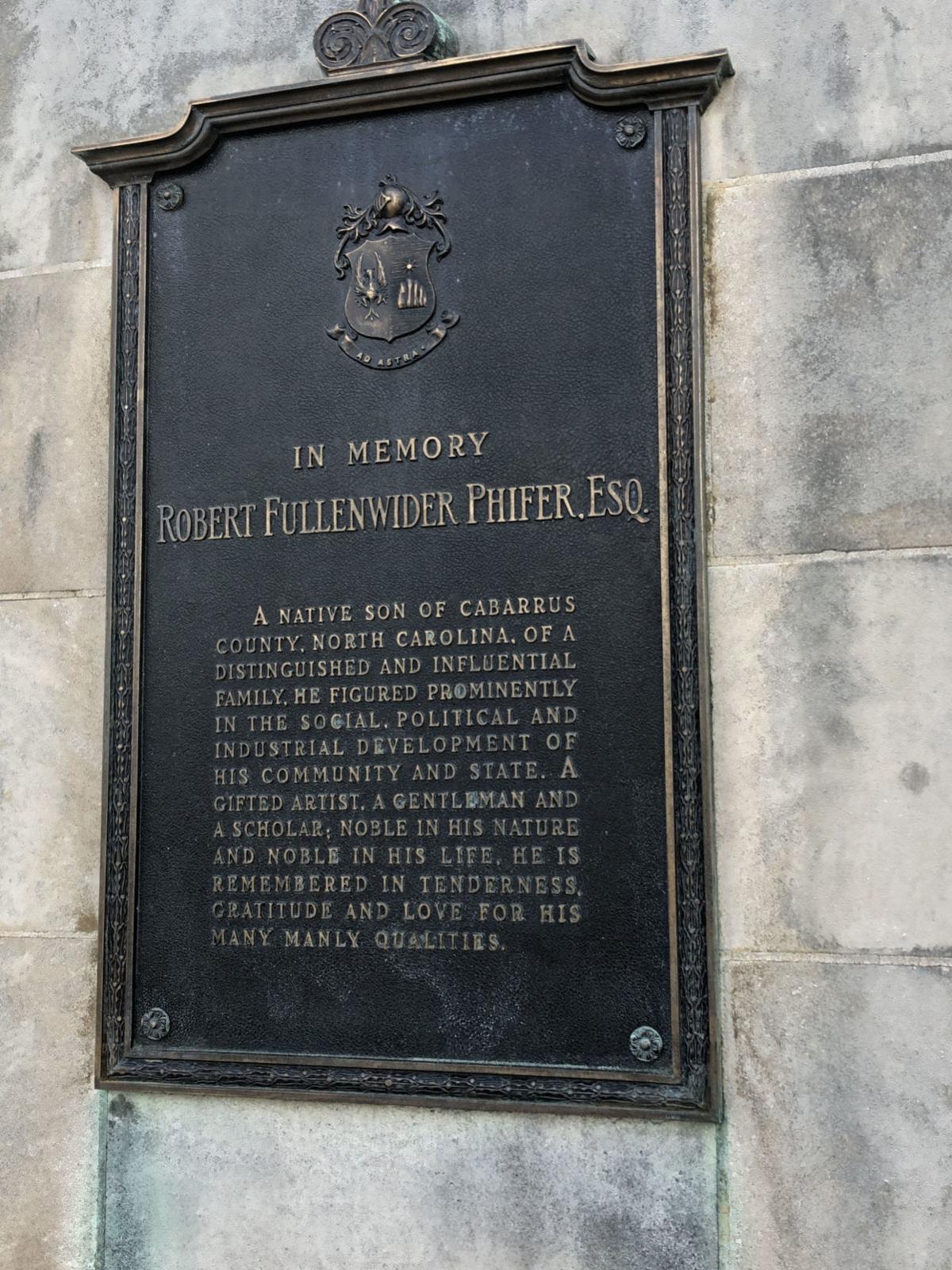 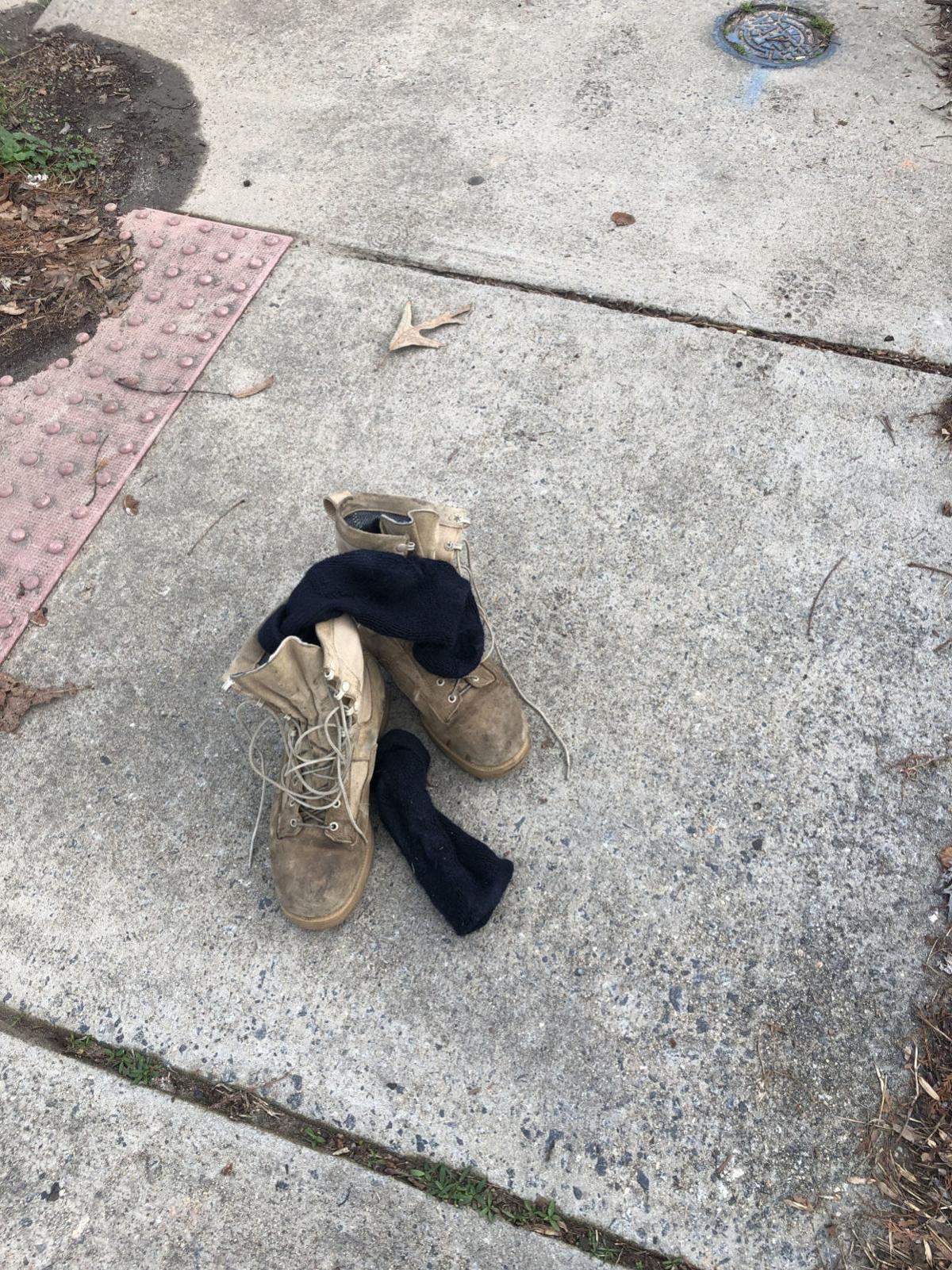 Somebody left a perfectly good pair of boots and socks on the sidewalk on Church Street. Mark Plemmons/Independent Tribune 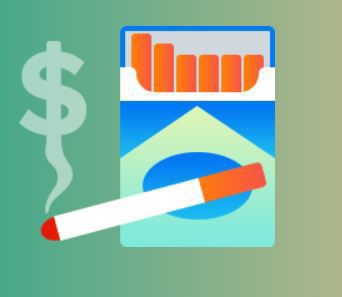 WalletHub's study found that the cost to smokers in North Carolina ranked the highest in the country.

Somebody left a perfectly good pair of boots and socks on the sidewalk on Church Street. Mark Plemmons/Independent Tribune

WalletHub's study found that the cost to smokers in North Carolina ranked the highest in the country.

Today’s Friday Five covers several things I like to talk (and complain) about, including football, smoking, litter and historical markers. Let’s kick it off with the football part.

More turf fields are coming. Thanks to tourism tax dollars, Cox Mill, Jay M. Robinson and the new West Cabarrus high schools will have turf at their football stadiums.

The Cabarrus County commissioners approved a contract with Geo Surfaces of Mooresville to install the synthetic surfaces at the schools for a cost of about $1.93 million.

The Cabarrus Convention and Visitors Bureau agreed to allow some of the hotel occupancy tax revenue to be used to pay for the projects.

The projects will include cooling systems and modifications of the irrigation systems to work with the new turf.

Deputy County Manager Jonathan Marshall said the fields will be available to book for tournaments and other play, promoting more tourism.

The turf requires less maintenance than a regular grass field and can be used more often and in wet weather.

The plan is to put turf on the other high school fields and some practice fields. Marshall said future projects would be financed, with the occupancy tax revenue paying for the debt service. The next phase is expected to come before commissioners soon.

“I’m super excited,” said Cox Mill Athletic Director Phillip Davanzo. “I worked with this before (at Mallard Creek as the athletic director), and I know how much this will mean to our teams and our programs.”

Squeezing construction in between seasons. Work will begin on the turf fields as soon as the weather allows, but the rain and temps could slow things down.

It’s not a great issue with West Cabarrus since the school doesn’t open until August, but for Cox Mill and Jay M. Robinson, women’s soccer season is coming right after basketball.

Davanzo said the Chargers have already scheduled early-season, non-conference games at away sites and that they will be flexible when conference play begins.

“We’re hoping it’s complete by conference season, but if not, we’re prepared to play some of our home games at away sites,” Davanzo said.

Jay M. Robinson AD Wes Harrington said he hopes the work is complete before the start of the season but that the Bulldogs will be flexible, too.

“If neither field is complete when we play Robinson, then we’ll go to wherever there is an open field,” Davanzo said.

Time for a rant and a few stats. I hate smoking and vaping. My eyes burn, my nose runs and the smell is horrible. That’s the effects on someone who doesn’t smoke. I can’t imagine how bad it must be for the people who deeply suck that stuff into their lungs.

WalletHub.com recently did a study on the cost of smoking and it breaks down the rankings by state. North Carolina ranked No. 1 overall, and not in a good way. WalletHub figured the lifetime cost per smoker in the state is more than $1.2 million. Here are some of the North Carolina findings and rankings:

Many employers won’t hire smokers, and with good reason. They will drive up the health insurance cost for all of your employees. They have to have smoke breaks. And they smell bad.

One of the things the WalletHub study found was that smokers miss more days of work, and they are less productive because of the need for smoke breaks.

There used to be some kind of health-care company upstairs here in the Old Creamery Building. Those women were constantly puffing in the courtyard/smoking area. I’m surprised they didn’t set off the smoke detectors when they walked back into the building.

Here is the address for the complete WalletHub study results: https://wallethub.com/edu/the-financial-cost-of-smoking-by-state/9520/.

I hate vaping, too. That stuff stinks. Oh, also you pot smokers — I would rather smell the pot than the incense you use to cover it up. Once again, the incense creates more allergy issues. Why don’t y’all just have a beer and call an Uber?

Observations on a walk down Church Street. I like fitness challenges (not hard ones) and signed up for Run for Your Life’s Frozen Feet. You have to walk, skip, run or somehow move 1 mile a day for the next month. The catch is it has to be outside.

I got Wednesday’s mile in by heading down Church Street from the office and down to Winecoff Avenue. I would like to share a couple of observations.

Dang, can’t you Hardee’s patrons keep your trash in the car or in a trash can? The sidewalk, cemetery and parking lots have Hardee’s wrappers all over the place. There are a bunch of napkins, too, probably from Hardee’s.

One thing on the sidewalk that wasn’t from Hardee’s was a pretty good pair of boots and socks. It looks like somebody took them off and walked away. I thought maybe one of the gang members had tossed it over the power lines and they had fallen. After a bit of thought, I decided it would be unlikely that the boots would be upright and have one sock draped over the side of each boot.

One of the good things about a nice walk is noticing the things around you, besides the litter and stray footwear.

Have you ever noticed the plaque on the entrance to Oakwood Cemetery on Church Street?

Who is Robert Fulenwider Phifer? The header on the plaque says, “In memory, Robert Fullenwider Phifer, Esq” and a bunch of other stuff. According to NCPedia, Phifer was the first benefactor for the N.C. Museum of Art in Raleigh.

Oh, by the way, there appears to be a typo. All references I could find to Mr. Phifer have only one “l” in Fulenwider. Perhaps all you folks who unleash your grammatical wrath on us when we make a mistake should go after the plaque maker.

Now, back to Mr. Phifer. He was the son of Caleb Phifer and Mary Adeline Ramseur. The elder Phifer made his fortune in cotton, railroads and commercial ventures.

Robert Phifer entered Davidson College at 14 and spent a couple of years there before leaving school to become a planter and cotton buyer in South Carolina. He did well and made a lot of money.

A few years later, at the recommendation of his doctor, he left the business and moved to New Orleans, where he took up painting, golfing and traveling.

Eventually, much of his fortune and paintings ended up with the state of North Carolina. It helped get the N.C. Museum of Art started.

You never know what you might learn on a good walk.

And one more thing: There sure are a whole lot of police who drive up and down Church Street. You would think that would discourage those who run the red light at Brookwood Avenue, but it doesn’t.

If you know more about Mr. Phifer and the plaque, have a story idea, or something I can rant about, email mplemmons@independenttribune.com.