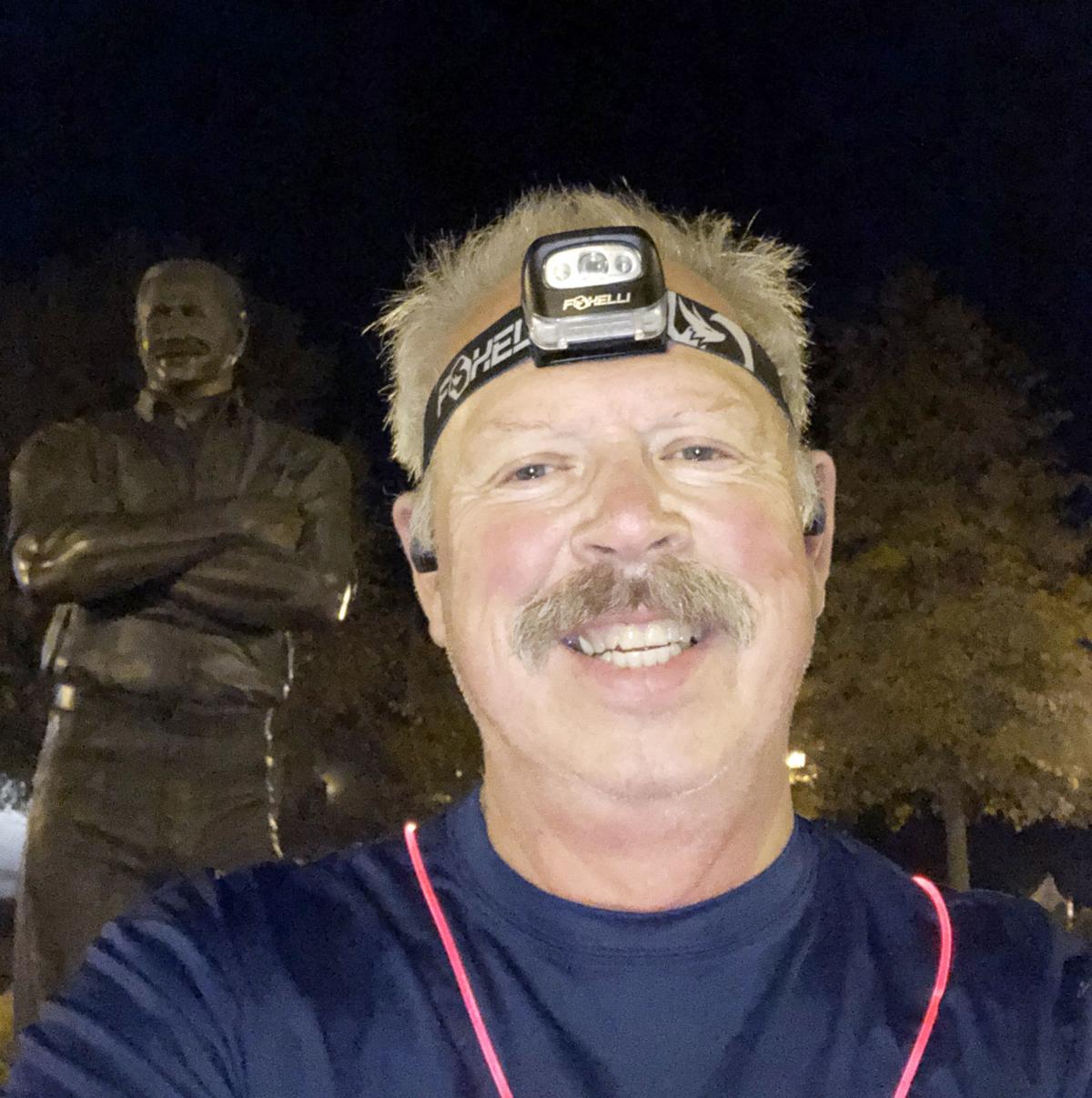 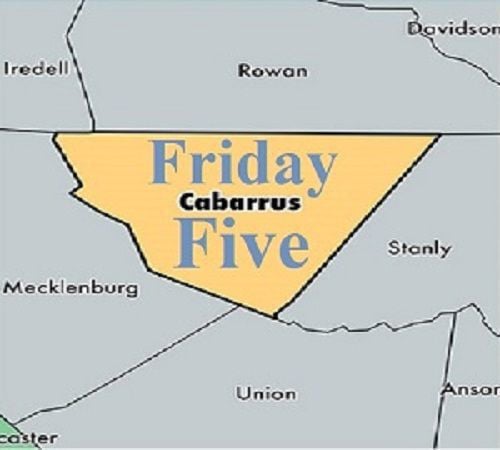 I guess my doctor and my wife are right — you shouldn’t eat so much convenience store food. {span}And you’d better be careful who you cuss.

It’s a bad idea to eat corn dogs at 2 a.m. Concord City Council member Brian King finds himself the subject of public scorn after an early morning/late night walk to a convenience store for a corn dog in Folly Beach, South Carolina. He was charged with disorderly conduct after a dust-up with police. We’ve posted the video on our website, and you can see much of what happened. Be warned, there is some profanity.

The charges were later dropped, and to be honest, from the video and from the police report, it appeared to me the officers got a little rabbit-eared and probably should have let him walk away. I guess it is a crime to be drunk in public, but calling police stupid isn’t a crime. It’s not smart, but it is protected speech under the U.S. Constitution.

Back in the good old days when we had lots of reporters, photographers and editors running around the newsroom, we would have an editorial today calling for Brian King to resign from the City Council. Well, these days, if there’s an editorial, it’s probably going to be written by me with little or no input from anybody else. With that in mind, I’m going to say that Brian King should consider resigning. That’s Mark Plemmons’ opinion. I know there are others who feel this way, too.

Brian shouldn’t resign because of the embarrassment to the city. He should resign to get his life straight. It will be much harder in the public eye.

All I know about Brian’s personal life is what I see and hear secondhand. In recent months, some of that secondhand information has not been good. Only Brian knows what is true. Maybe it’s the devil’s brew, or maybe he’s gone “Middle Age Crazy” as Jerry Lee Lewis sang, “trying to prove he still can.” If it’s not true, then he should stand tall and continue to serve and to be the man he knows he should be.

Brian, you need to take a hard look at what’s happening. Last week’s apology on Facebook was a good start. Don’t be afraid to step down if that will help you overcome whatever personal demons you may be fighting.

Now back to the corn dogs at 2 a.m. Man, do you know how long those things have been on that roller? I’ve got acid reflux just thinking about it.

Greek grilled cheese is pretty good at 2 a.m. Some of my friends know this story. Back in my college days at Chapel Hill, we liked to hang out at this basement bar on Rosemary Street called Troll’s. If it rained, there would be water standing in the floor.

One time I walked to the back to play pinball, and a bottle whizzed past my head and smashed against the wall. I got out of the way, and three or four more flew by. I guess the guy was having a bad day. It was that kind of place.

I don’t think anybody knew your name, but we had fun hanging out, and it was especially good at happy hour or on quarter-beer night. It’s probably a good thing the ABC folks changed the happy-hour laws.

Our favorite place to go after Troll’s closed was Hector’s (Famous Since 1969 — that’s what the sign said) on the corner of Franklin Street. It was like the “Saturday Night Live” diner skit with John Belushi, “Cheeseburger, cheeseburger, cheese burger … no Pepsi, Coke.”

The Greek grilled cheese was my favorite late-night meal. It pretty much was cheese on a pita cooked on the flattop grill — pretty simple, but good and cheap. They cooked it fresh, so it hadn’t been on the roller all day.

One night we finished up at Hector’s and headed back to Avery Dorm (between Boshamer Stadium and Kenan Stadium). I got as far as the base of Silent Sam (the now-controversial statue) when the grilled cheese made a reappearance.

“Hey, y’all, look at this. It looks like Communion wafers.”

“This is the last time I’m going drinking with a Baptist,” one of my friends said.

Maybe a Greek grilled cheese wasn’t a good idea after all.

Will there be corn dogs or Greek grilled cheese at the new Kannapolis ballpark? Corn dogs and beer are pretty safe bets; maybe some vendor will have grilled cheese. The ballpark is taking shape, and this morning crews will begin putting down the sod.

Do you remember when the old ballpark opened? I do. I was part of a tour of the ballpark the day before the Piedmont Phillies (the first name) took the field. My daughter Jordan was with me. She had found a nickel and was carrying it with her when we walked across center field. She dropped it and couldn’t find it.

We figure that nickel is still buried in center field. Jordan wants me to put another nickel in the outfield of the new ballpark. Today might be a good day to do that.

By the way, they call the ballpark the Kannapolis Sports and Entertainment Venue — that’s a horrible name. Surely there’s a plan to change that.

Promotion idea for the Cannon Ballers. Since Dale Earnhardt had a great mustache, and the yet-to-be-named mascot has a good mustache, they should have a mustache contest sometime this season.

The idea hit me the other day when I was running over near the Dale Earnhardt statue. I thought, “Who has a better mustache, me or Dale?”

That’s the kind of thing I think about when I’m out running in the dark and listening to Jerry Lee Lewis or wishing I had a Greek grilled cheese.

Concord should put restrooms downtown. Everybody wants their downtown to be successful. Kannapolis seems to be doing all the right things so far. One thing is putting restrooms/changing rooms on West Avenue. Concord should take note.

If you want people to come downtown, they need a good restroom. Nothing says I’m a good place to shop like the tacky “Bathrooms for Customers Only” signs you see. And if you are a customer, some of those restrooms are barely functional.

Kudos, Kannapolis. I love the restrooms, the yoga platforms and Darrell Jackson’s personal putting green. Just kidding, Darrell. I don’t know if you golf or not, but it’s a nice touch.

My only complaint in downtown Kannapolis right now is the ground-down pavement and potholes on Main Street and Vance Avenue. As one reader described, “It’s like going over a washboard and a gravel road at the same time.”

I saw sparks the other night when one low-riding car bottomed out.

We know that’s temporary, but we hope it’s repaved sooner rather than later.

Hey, Brian, if you do stay on the City Council, please work on a downtown restroom for Concord. Meanwhile, you and I both need to lay off the 2 a.m. fast food.

If you’ve got a Friday Five, story suggestion or something I can rant about, email me mplemmons@independenttribune.com. Also, start working on your New Year’s resolutions. We’ll be asking for those before you know. Sing more and cuss less are already on mine. I can’t seem to get those things balanced.

VIDEO: King steps down as mayor pro tem after incident with police

Brian King admits to, apologizes for arrest in South Carolina