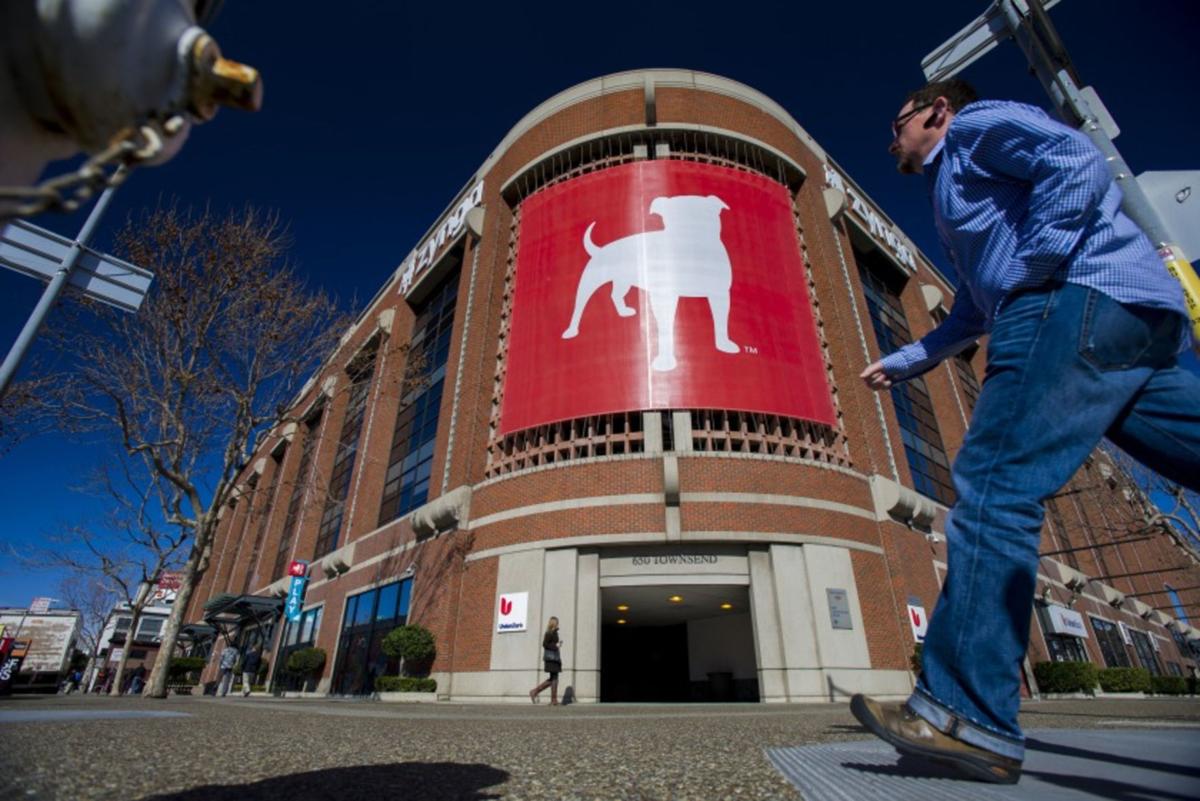 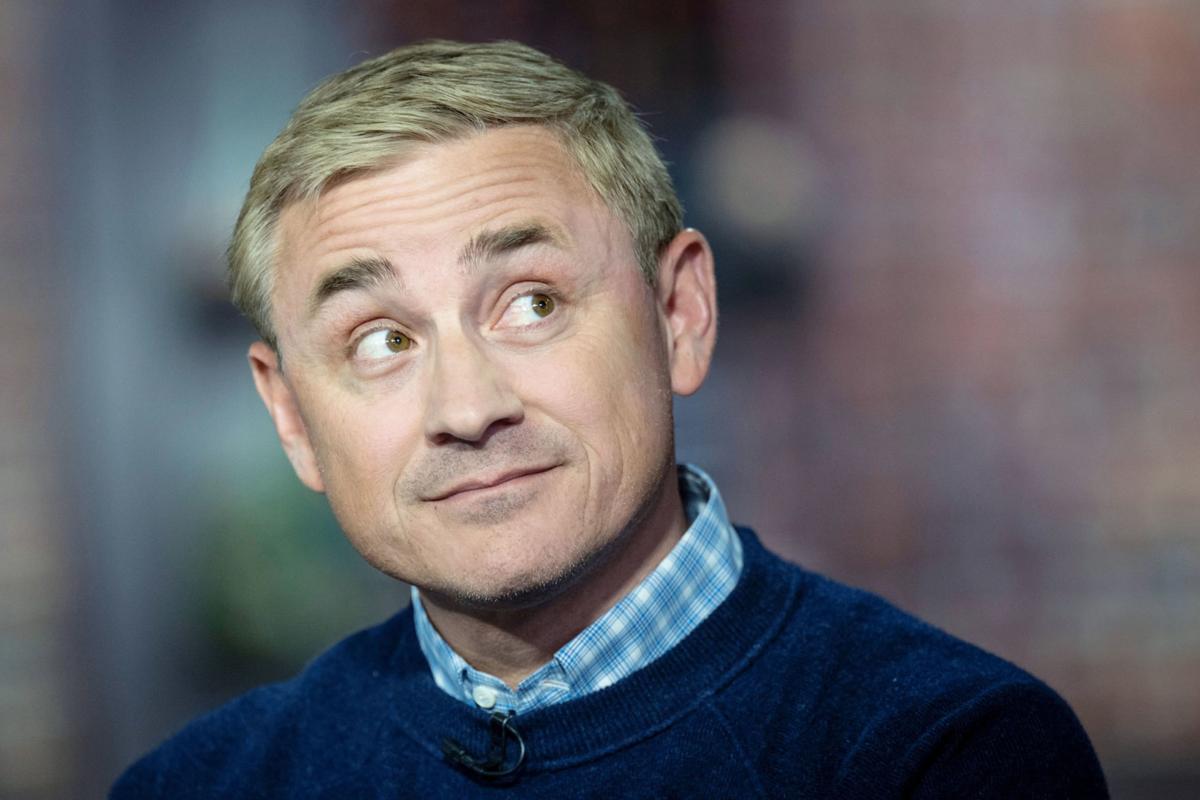 Frank Gibeau, chief executive officer of Zynga Inc., listens to a question during a Bloomberg Technology television interview in San Francisco on May 2, 2019. MUST CREDIT: Bloomberg photo by David Paul Morris.

Frank Gibeau, chief executive officer of Zynga Inc., listens to a question during a Bloomberg Technology television interview in San Francisco on May 2, 2019. MUST CREDIT: Bloomberg photo by David Paul Morris.

Frank Gibeau had only just become Zynga Inc.’s CEO, but he had to deliver some bad news.

The once-high-flying company, which shot to fame with Facebook games such as FarmVille, was now in trouble. At an all-hands meeting in Zynga’s cafeteria in March 2016, Gibeau put up a slide showing its return on equity compared with video-game peers. The room was very quiet.

“I showed them that we are the worst of the worst,” he recalled in an interview. “We are generating less return than everybody else in the industry.”

Fast-forward three years, and the mood is very different. The company increased its guidance three times last year. Profit margins have rebounded, and sales are growing at their fastest pace since the game developer went public in 2011. Zynga is “on track to be one of the fastest-growing — if not the fastest-growing — gaming company at scale,” Gibeau said.

Zynga shares have nearly tripled to $6.15 since Gibeau, now 51, took over as chief executive officer. That includes a 56 percent gain in 2019, eclipsing the S&P 500’s 29 percent increase.

The stock is still far below its post-IPO high set in 2012, when the exuberance around social media propelled Zynga to almost $16. But shareholders and Wall Street analysts are embracing the company again.

Along the way, Gibeau reinvented what Zynga is about. It now makes only a sliver of its money from Facebook-based games, which gave the company a reputation for delivering endless requests and notifications to social-media users.

Instead, Zynga focuses on stand-alone titles that consumers play on their phones. They include Words With Friends, Zynga Poker and Merge Dragons! which lets players combine dragon eggs and treasures to produce skills and objects.

Zynga also has used acquisitions to dial up growth. In 2018, it agreed to buy controlling stakes in Small Giant Games for about $560 million and Gram Games for $250 million. And it has a war chest of cash and short-term investments that’s approaching $1.5 billion, which could be used for additional deals. To raise money, Zynga has sold bonds and made more than $300 million from unloading its San Francisco headquarters in a leaseback deal last year.

The idea is to create a mini-empire of game studios and franchises, said Gibeau, a veteran of Electronic Arts Inc.

“We see a lot of opportunities to acquire assets that would grow value for shareholders,” he said. “We want to put those dollars to use.”

Zynga is preparing to reinvent itself again by embracing new platforms and devices — no matter what they may end up being.

“Ten years from now, I know for a fact that the platforms will be different,” he said. “There could be other platforms — like streaming platforms, cloud-based gaming.”

The video-game consoles that dominated the industry for so long may not exist in a decade, opening the door to other options, Gibeau said. “I want our games to be playable on anything, even if it’s a toaster or refrigerator.”

Zynga has already jumped onto Snapchat. And while it hasn’t provided details on what else is in the works, the company is developing a new multiplatform strategy.

“We have a saying: ‘Make platform transition your friend,’” Gibeau said. “You can turn yourself out of position, which frankly Zynga did by being so focused on Facebook.”

When Zynga struggled to pull out of its slump, co-founder Mark Pincus recruited Gibeau out of retirement. Though Gibeau was only in his 40s, he’d already spent 25 years at Electronic Arts and helped turn that company around.

“I really wasn’t looking for a job,” Gibeau said. “I was getting in shape. I was flying airplanes. I was looking to apply for a master’s program in history. I was spending time with my kids, traveling.”

But Bing Gordon, a fellow Electronic Arts veteran who served on Zynga’s board, approached Gibeau for help on behalf of Pincus. A 30-minute chat over coffee with Pincus turned into a three-hour meeting, and Gibeau soon joined Zynga’s board. He found himself visiting the company once a week, then every day, and he was asked to become CEO.

“I just fell in love with the place — I love turnarounds,” Gibeau said. “I learned a lot from the failures at EA. I looked at it and thought, ‘Man, this is perfect.’ I knew exactly what to do here.”

The biggest task was focusing. Under Gibeau’s new management team, Zynga went from working on about 140 projects to a dozen games.

The company concentrated on so-called live services — basically, providing new content for existing games on an ongoing basis — and tried to make its games more complex and engaging. It also invested in titles tied to movie franchises, such as “Harry Potter” and “Star Wars.” And Zynga expanded into Asia and other markets.

“The company has significant live-services expertise and has a strong advertising platform, so it can help rapidly scale promising games as they come to market,” said Matthew Kanterman, an analyst at Bloomberg Intelligence. “All in, Zynga is on firm footing for the next few years.”

Zynga’s comeback is far from complete. Its profit margins still trail those of peers, and its ability to catch up will depend on the games it releases in 2020 and beyond.

But the company has a happier workforce — and takeover targets actually want to be acquired by Zynga. That wasn’t the case a few years ago, said Mike Hickey, an analyst at Benchmark Co.

“Frank and his management just reset the culture and what the market perceives Zynga to be,” he said. “You stop worrying about losing your job and start getting excited about the bonus you make because you’ve hit your goals. That’s the biggest step in a turnaround.”