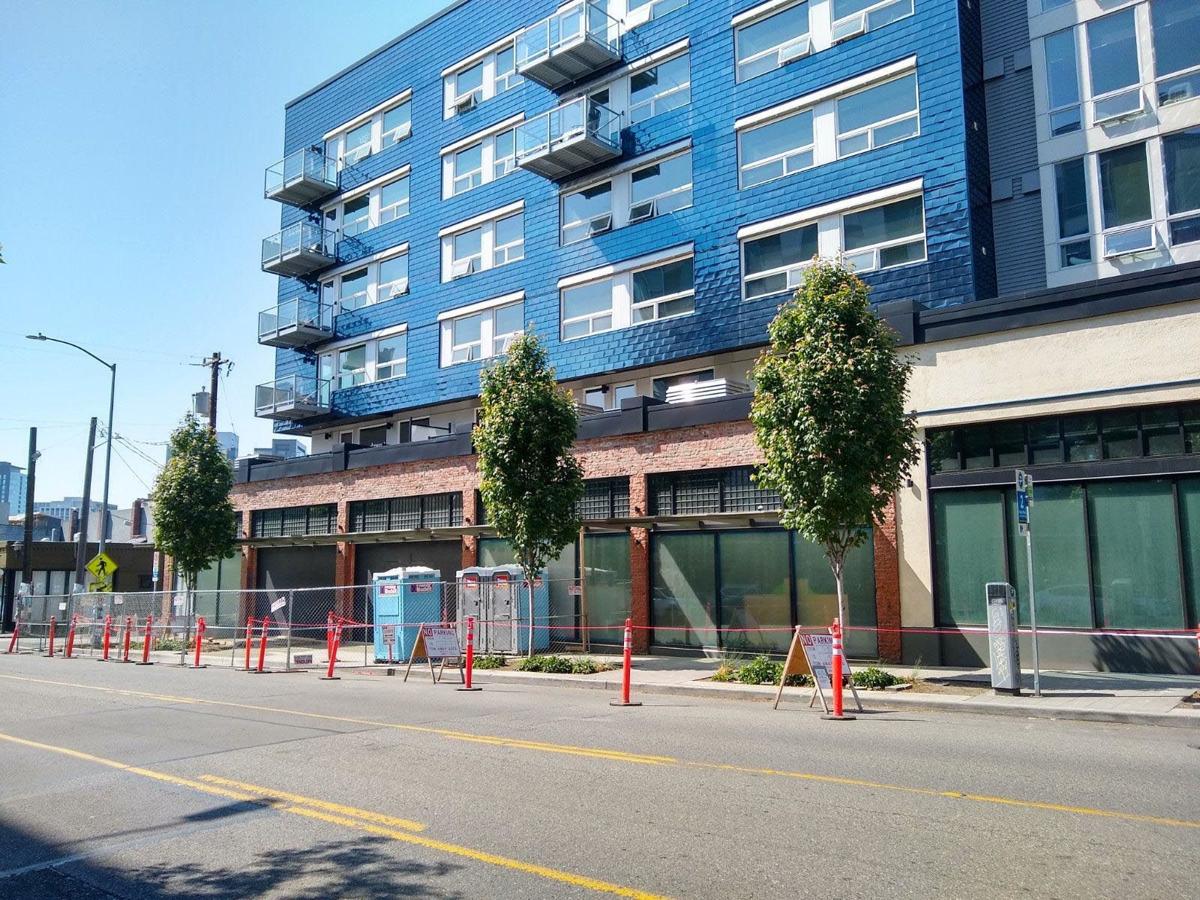 An Amazon test store photographed in May 2019 in Washington, D.C. MUST CREDIT: Bloomberg photo by Matt Day 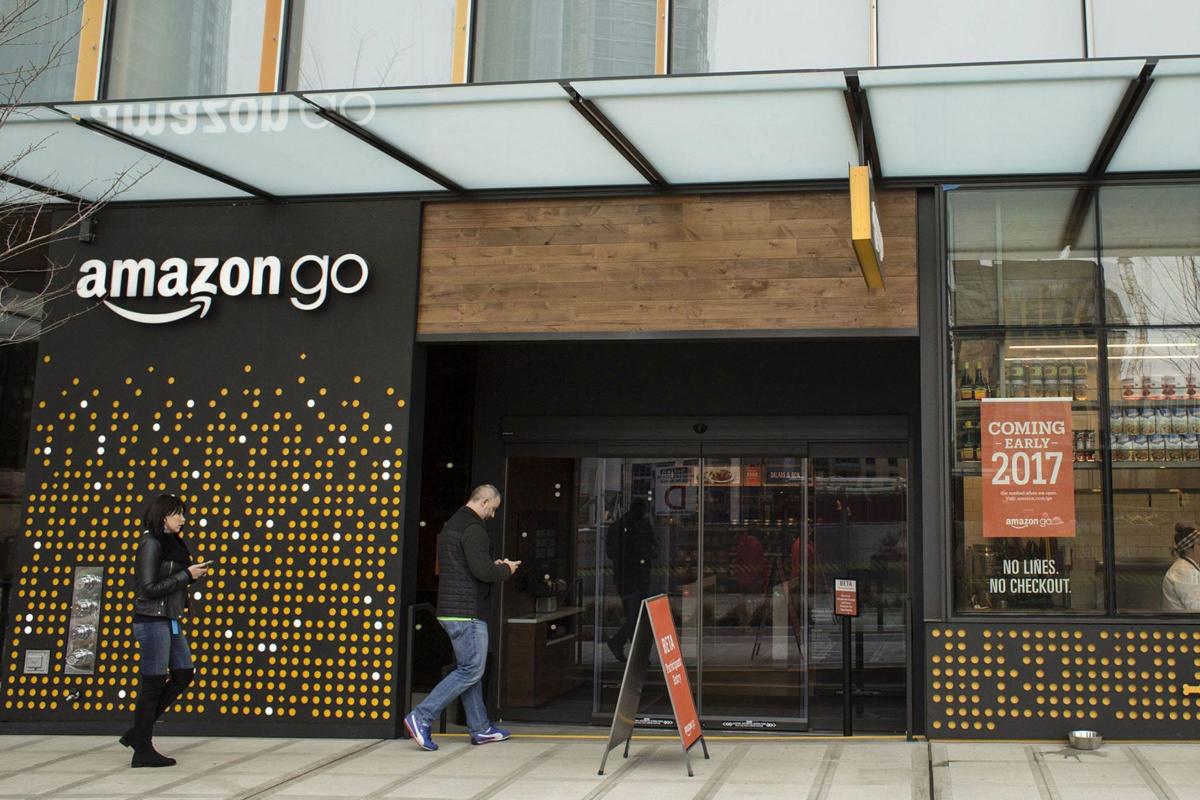 The new Amazon Go grocery store in Seattle is adjacent to Amazon’s headquarters. MUST CREDIT: Bloomberg photo by David Ryder

An Amazon test store photographed in May 2019 in Washington, D.C. MUST CREDIT: Bloomberg photo by Matt Day

The new Amazon Go grocery store in Seattle is adjacent to Amazon’s headquarters. MUST CREDIT: Bloomberg photo by David Ryder

Amazon.com is preparing to open Amazon Go supermarkets and pop-up stores, an expansion of the company’s cashierless ambitions that includes the possibility of licensing the technology to other retailers.

The new store formats and licensing initiative could launch as soon as the first quarter of 2020, according to a person familiar with the project. Amazon is testing a supermarket equipped with Go technology in a 10,400-square-foot retail space in Seattle’s Capitol Hill neighborhood.

The Go expansion is the e-commerce giant’s latest attempt to compete in the $900 billion U.S. grocery industry and perhaps other areas of retail, as well. The company already operates the Whole Foods Market chain and has confirmed plans to launch a separate supermarket brand, starting with a location in the upscale Woodland Hills neighborhood of Los Angeles. Those stores will have human cashiers. The previously unreported plan to expand Go revives Amazon’s original vision of creating full-size grocery stores without checkout lines.

Amazon opened the first Go convenience store at its Seattle headquarters almost two years ago and now operates 21 locations around the U.S. It’s not clear how much money the company has lavished on the project, but some of the 1,000 or so people working on it were recently told their cumulative salaries have totaled more than $1 billion since the project got underway in 2012, the person said.

Customers have praised the Go stores as technical marvels. But retail analysts have wondered whether the low margins at a typical corner store chain would offset the costs of the Go technology, a complicated array of cameras and software that figures out what shoppers have grabbed and automatically charges them when they exit.

The Go team, which recently folded previously separate hardware groups and engineering support staff into a new entity called Physical Retail Technologies, has spent the past two years streamlining the technology. The efforts were aimed at making the existing Amazon Go stores more profitable and the guts of the system cheap enough to entice other retailers, said the person, who requested anonymity to discuss an internal project.

People familiar with the program estimate that Amazon spent millions of dollars on the cameras, networking gear and servers in the first store alone. Newer versions of Go’s hardware feature fewer backroom servers and more efficient cameras, software and networking capabilities, substantially cutting the cost of setting up a new store, the person said.

Amazon had originally envisioned a larger Go supermarket before abandoning the concept in favor of simpler, smaller convenience stores. Most Go locations are close to 2,000 square feet and stock grab-and-go staples — cold drinks, packaged sandwiches, salads — and a smaller selection of such household items as cold medicine and phone chargers.

Now, having improved the technology, the company is getting closer to its original ambition. Amazon aims to support stores as large as 30,000 square feet, the size of a typical modern supermarket. At the Capitol Hill space in Seattle, engineers are stress-testing the camera arrays with large groups of people, the person said. (Amazon confirmed to technology news site GeekWire that the Go team was running tests at the site.)

The Go teams are also working on a sort of pop-up kiosk, a self-contained, miniature version of an Amazon Go, designed for faster setup than equipping leased retail space with all of Go’s hardware. Potential users include malls and sports stadiums, the person said.

The person said both chains were prospective customers. OTG declined to comment. Regal didn’t respond to requests for comment.

Amazon hasn’t settled on a licensing business model. Options under consideration vary by industry and include charging an upfront fee for use of the system or a percentage of total sales of a Go-equipped store, the person said.

Amazon is famous for trying many things out-including separate supermarket chains with and without cashiers-so some analysts have viewed Amazon Go as an expensive retail experiment. Now it’s clearer that Amazon is serious about mainstreaming the technology.

“The big question isn’t will the tech work-Amazon will make it work,” says Brendan Witcher, who tracks retail and consumer behavior at Forrester Research. “The question will be, ‘Will it work for a consumer, will they see this way of shopping as valuable?’”