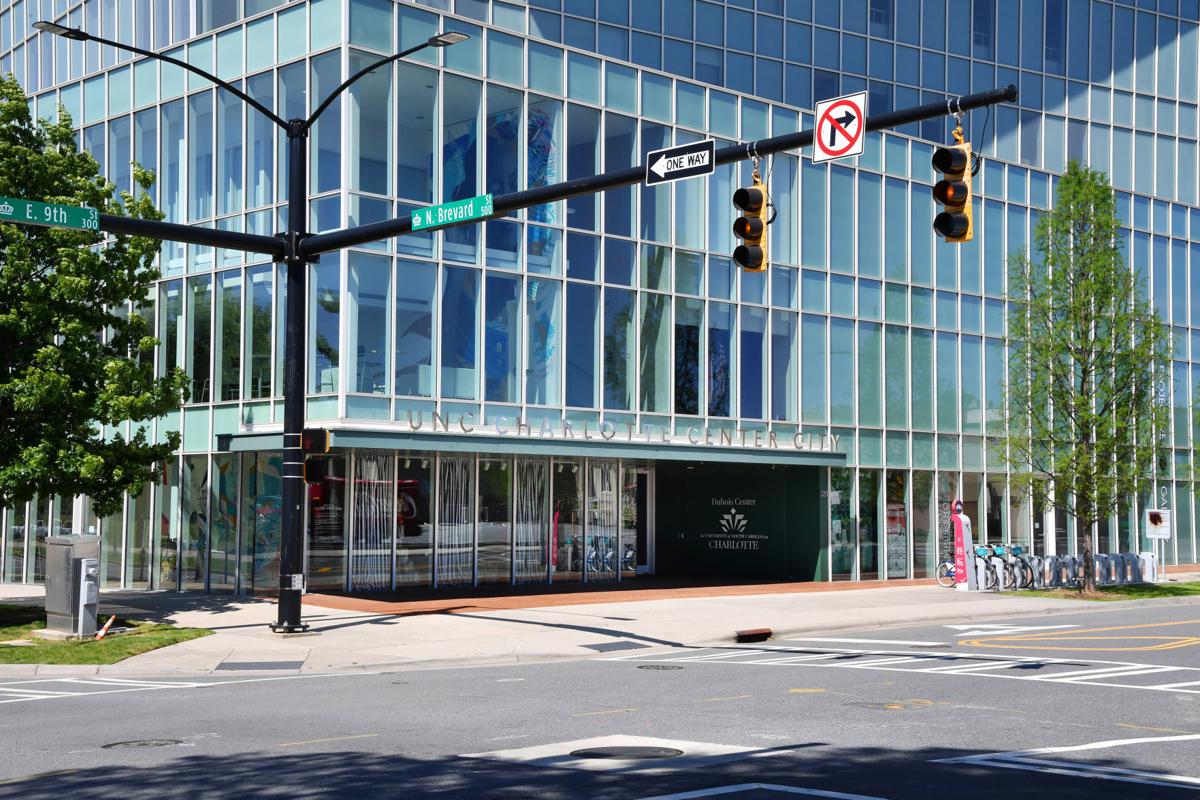 The UNC Charlotte Center City has been named in honor of Philip L. and Lisa Lewis Dubois. Wade Bruton/UNC Charlotte 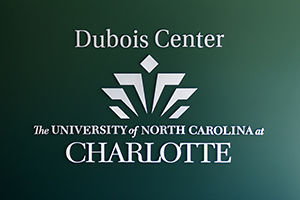 The UNC Charlotte Center City has been named in honor of Philip L. and Lisa Lewis Dubois. Wade Bruton/UNC Charlotte

CHARLOTTE — UNC Charlotte is recognizing the legacy of retiring Chancellor Philip L. Dubois and first lady Lisa Lewis Dubois by renaming the university’s uptown Charlotte Center City Building in their honor. Regarded as a centerpiece to Dubois’ 15-year term as chancellor, the 11-story glass structure on the corner of Ninth and Brevard streets will now be known as The Dubois Center at UNC Charlotte Center City (The Dubois Center).

The $50.4 million facility, which opened in fall 2011, is the only University of North Carolina classroom building conceived and designed specifically to serve the business, organizations and people in an urban center. The Uptown campus building is part of the $1.2 billion facility construction and renovation program Dubois completed during his tenure as chancellor. The space, which accommodates more than 1,300 students annually who are earning bachelor’s or master’s degrees, plus almost 2,600 more participating in continuing education options, includes 25 state-of-the-art classrooms and design studios, meeting and performance spaces. The Projective Eye Gallery, near the lobby, regularly exhibits the work of artists known locally, nationally and internationally.

“Phil came to me with this audacious idea of starting a new campus right in the middle of uptown Charlotte,” said Erskine Bowles, president of the UNC System when the concept was first proposed. “Over time, we were able to convince the legislature this building could make an enormous difference, that it could drive business and opportunities for Charlotte and the region for decades to come.”

Proximity to the university’s highly ranked part-time MBA evening program and continuing education programs for those who live and work uptown, as well as to more than 1,800 university, corporate and community events every year fulfill Dubois’ original vision to elevate the university’s profile in the Charlotte region and beyond.

“We knew we needed to have a more substantial and visible presence,” Dubois said. “That led to the decision to make our No. 1 campus construction priority a new building in Center City.”

Dubois’ foresight has been confirmed by the subsequent development of the surrounding neighborhood, which includes installation of popular First Ward Park, positioned between The Dubois Center and the city’s thriving business district, and a new light rail station, which provides more than 100 daily stops to the university’s main campus in University City.

Throughout the city, including on the main campus, are evidence of the civic contributions of Lisa Lewis Dubois, efforts that extend far beyond the traditional role of a university first lady. A passion for providing a platform for women led to serving as co-chair of the Charlotte-Mecklenburg Women’s Summit, whose outcomes guided the implementation of the Women+Girls Research Alliance, housed at the UNC Charlotte Urban Institute. Her imprint is evident on numerous education and cultural efforts that have made a difference in the lives of countless Charlotteans.

The Dubois Center at UNC Charlotte Center City is more than just a building; it’s a tangible example of the university serving the needs of a growing urban region, consistent with the institution’s mission.

“The change in the University’s visibility has paid real dividends,” Dubois said. “I feel good about leaving UNC Charlotte in a strong position as an integral partner in this great city.”