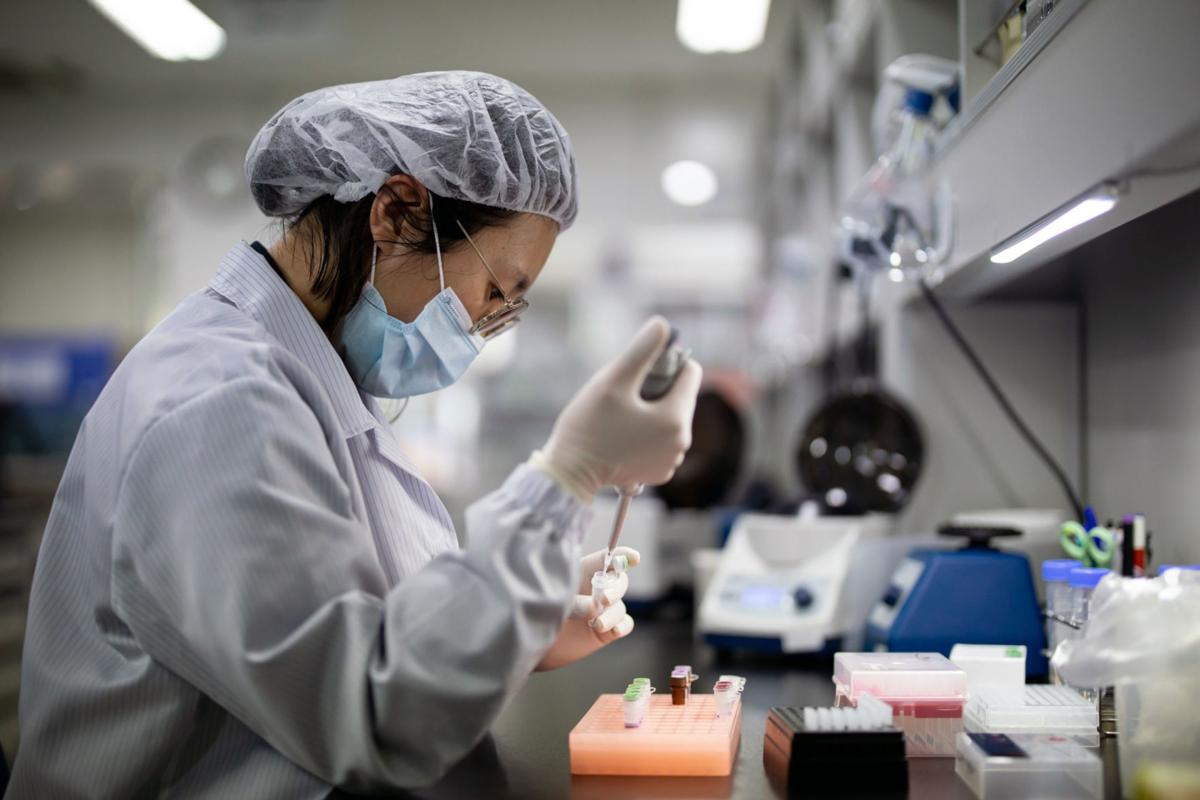 An Osang Healthcare employee works in the company's laboratory near Seoul on May 4, 2020. MUST CREDIT: Bloomberg photo by SeongJoon Cho 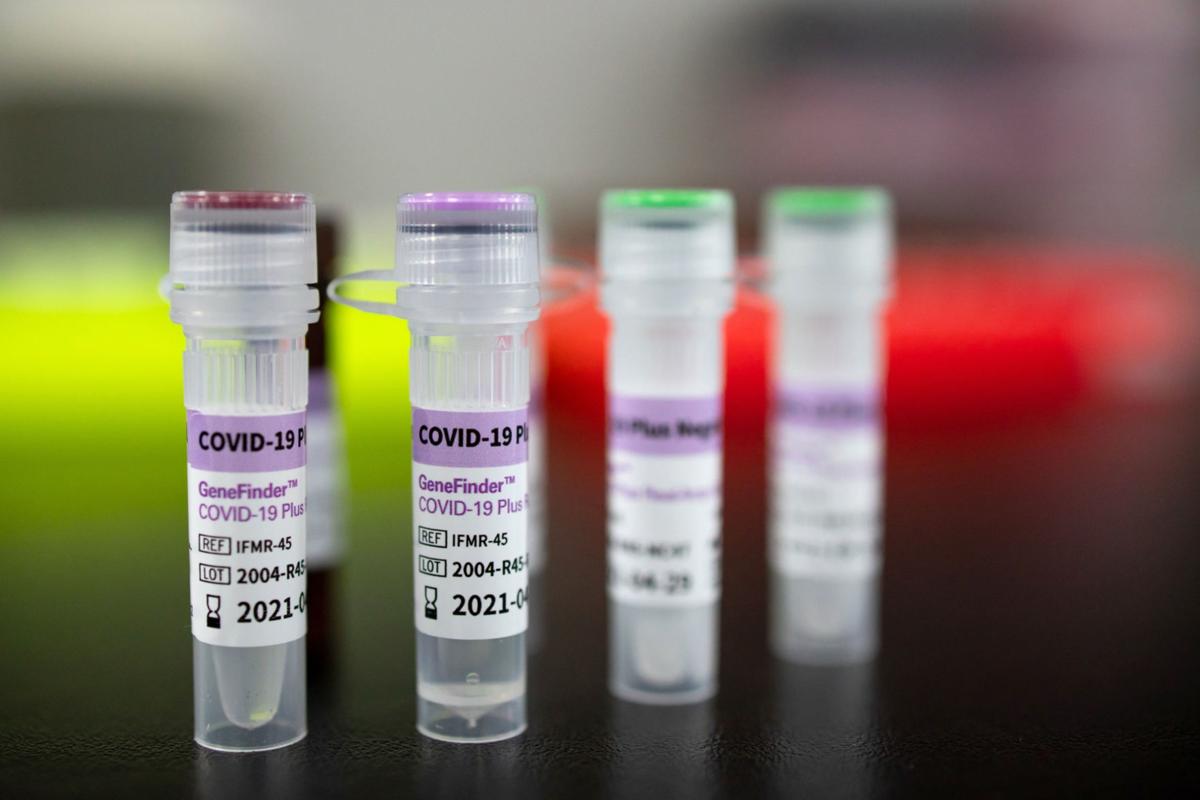 Vials of Osang Healthcare's coronavirus test-kit, photographed in the company's laboratory near Seoul on May 4, 2020. MUST CREDIT: Bloomberg photo by SeongJoon Cho 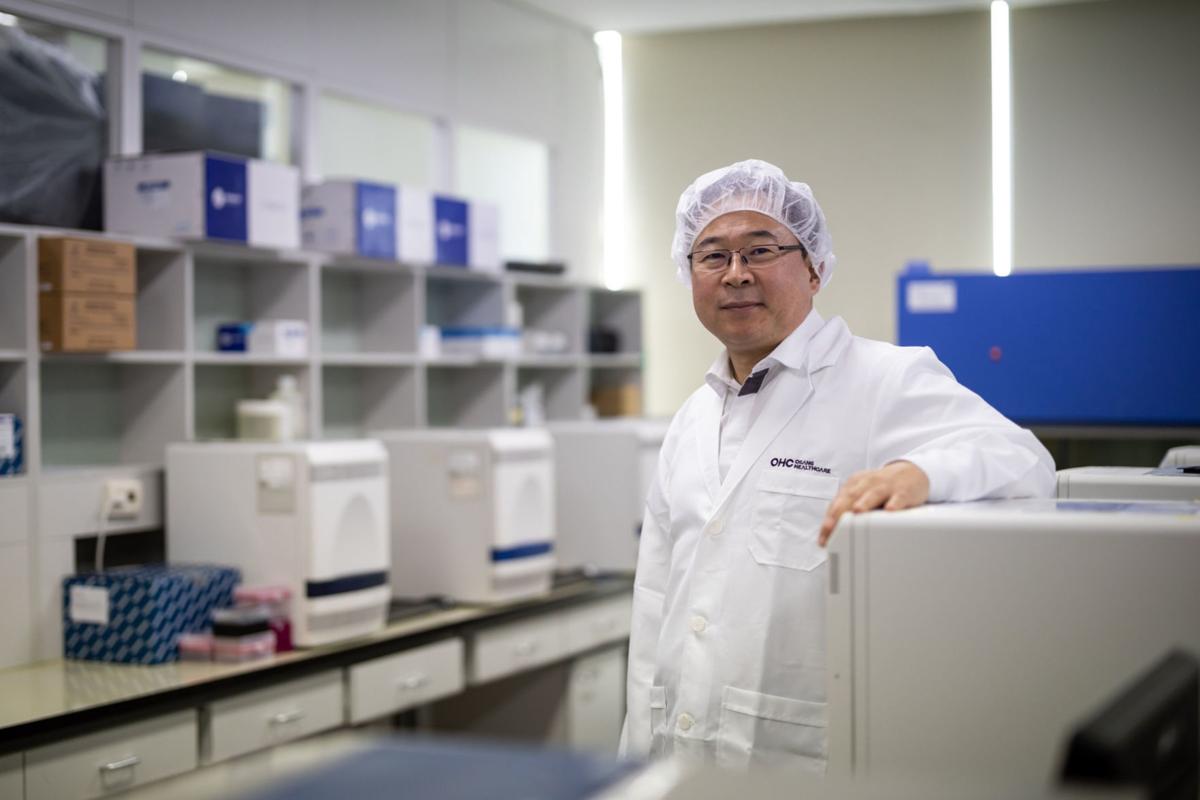 An Osang Healthcare employee works in the company's laboratory near Seoul on May 4, 2020. MUST CREDIT: Bloomberg photo by SeongJoon Cho

Vials of Osang Healthcare's coronavirus test-kit, photographed in the company's laboratory near Seoul on May 4, 2020. MUST CREDIT: Bloomberg photo by SeongJoon Cho

A South Korean medical diagnostics maker has ramped up production and is aiming to sell millions of virus test kits to the U.S., where cash-strapped states are scrambling for federal funds to buy them.

Osang Healthcare Co., the first South Korean test-kit maker to receive authorization from the U.S. Food & Drug Administration in April, is ready to ship kits that can test 100 million people in the U.S., Chief Executive Officer Lee Donghyun said in an interview.

President Donald Trump has earmarked $25 billion to expand testing in the virus rescue packages allocated to the states. Osang said distributors in 25 states, including Florida, California and Michigan, have expressed interest in the kits and are waiting for the funds to buy them.

Florida’s Department of Health said it’s not aware of any deal with Osang and the other states either declined to comment or did not respond to requests for comment.

Slow and inadequate testing has dogged the U.S. from the start of the pandemic and is one reason the virus has spread so quickly through the country, which now has the most infections and deaths globally. While nations like South Korea have relied on rapid, large-scale testing to curb their outbreaks, access to testing in the U.S. is a fraction of what it should be, according to experts. That could hamper reopening of the battered economy, with testing seen as a key way to get people back to work safely.

With some infected people displaying no outward symptoms of the virus, rapid testing among vulnerable groups has emerged as the best way of identifying virus carriers and stopping them from spreading the pathogen to others. Globally, access to testing has been uneven and especially difficult for countries without the capacity to mass-manufacture their own kits. While nations like Singapore and India are trying to procure sufficient kits, others like South Korea and China make more than enough for their own use.

Korea has enough local capacity for its testing needs, so Osang exports all of its supply, Lee said.

This worldwide competition for testing kits is expected to intensify as countries look to reopen following lockdowns that have wiped $6 trillion from the global economy.

Osang is among a group of South Korean manufacturers that started making tests to identify the new coronavirus within weeks of the disease’s emergence earlier this year. The company has supplied countries from Brazil to Russia and has already sold 760,000 tests to U.S. customers, including the Federal Emergency Management Agency, or FEMA, said Lee, 59, who founded the company in 1996.

“The Moroccan ambassador in Korea came to us twice and bought 900,000 kits and shipped them via private plane,” he said. “We only ship out the kits after the payment has been made because the entire world is facing uncertainties caused by the pandemic.”

Osang, which employs about 300 staffers in a suburb near Seoul, has exported a total of 10 million tests globally since the outbreak, and its stock has quadrupled in value this year, along with other Korean test kit makers like Seegene Inc.

South Korea’s strategy, which involves zeroing in on a group exposed to the virus and testing widely, has been cited as a potential model by the White House after the country was able to curb its first outbreak without the need for oppressive lockdown measures.

Each of Osang’s kits can run a hundred virus tests and costs $700 to $2,000, although some countries offer to pay more to procure supplies more quickly. The company can make 15 million tests per week, and has set a goal of selling 200 million tests this year, said Lee.

“It took us about a week to design the kit, but we’ve been working nonstop for it to remain reliable,” said Kim Joohyung, head of Osang’s molecular diagnostics department. “Mutation can easily occur and if that happens we’ll have to revamp our kit, so we’re keeping a close eye on the genetic sequence of the virus.”