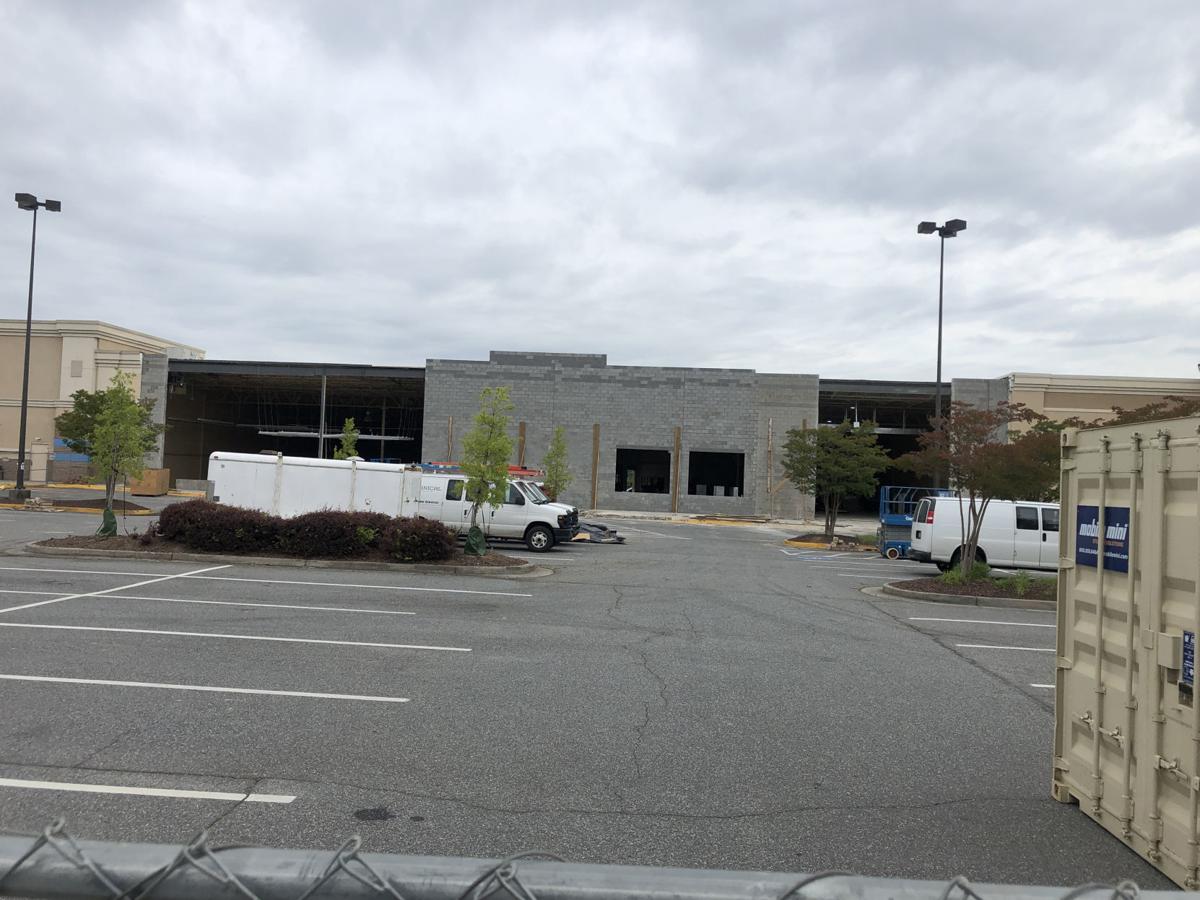 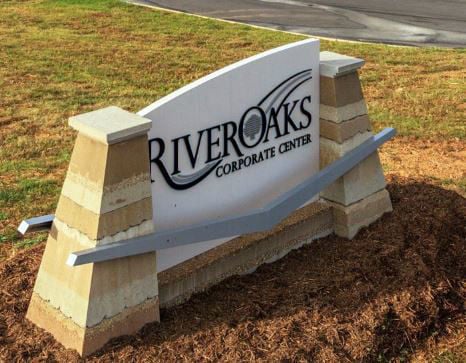 Officials are considering incentives that could help bring another company to the RiverOaks Corporate Center off Derita Road and Poplar Tent Road.

Despite the economic woes created by COVID-19 and other issues, businesses continue to consider Concord and Cabarrus County. It looks like two retail businesses are coming to the Concord Mills area, and a Charlotte-area printing company could relocate here.

The Babies R Us building is being gutted. The former retail site at the Pavilion at King’s Grant, 8062 Concord Mills Blvd., has been gutted and building permits have been issued for Buy Buy BABY. It is another baby retail store.

Buy Buy BABY has been owned by Bed Bath & Beyond since 2007. We don’t know any details on the project, but it looks like there is a lot of work to be done on the building before the store can open. We’ll let you know more as we find out about it.

I like to call the Pavilion at King’s Grant “the Krispy Kreme Shopping Center.”

Michaels is coming to the Krispy Kreme Shopping Center. A.C. Moore went out of business several weeks ago, eliminating one of the major craft-supply options. Michaels, another crafty company, has been opening in some of the locations, and it appears that going to happen at the Concord Mills site.

A permit to allow Rite-Lite Signs to install a “Michaels” sign at 8066 Concord Mills Blvd., was issued April 28. That’s the same address as A.C. Moore. There is a paper sign on the door listing the nearest Michaels over in the university area.

There were lights on in the building when I went out there Thursday morning, but I couldn’t see what was going on inside. We’ll keep looking.

An economic development project. Cabarrus County Commissioners will consider an incentive grant for a company that is considering a move to the RiverOaks development on Derita Road.

The business, now being referred to as Project Paul, would spend almost $24.6 million with a move to 700 Derita Road, Building B. It is a commercial print and mailing operation that would be moving from another location in the Charlotte area.

Information provided to commissioners by the Cabarrus Economic Development Corp. said the Project Paul company would have 136 full-time and three part-time jobs. Of those, 120½ jobs would be transferring from the current location. The average pay would be $39,936.

The incentives include rebating 85 percent of new property taxes created by the project over the first three years of the project. The city of Concord is also being asked for a similar incentive.

After the three years, Concord and Cabarrus County would no longer rebate any taxes to the company.

The economic-incentive game is all a bit sleazy to me. I like to call it the “if everybody jumped off a building, would you jump too” game. Everybody does. If you don’t do it, you are at a competitive disadvantage, meaning the company would likely go elsewhere.

There are benefits: more jobs; more tax revenue than if the company had not come here; and, after the three years, all the tax revenue comes to the local government. Nobody likes the game, but it’s one our leaders have to play — otherwise we get nothing but housing developments.

If Project Paul incentives are approved and the company decides to move here, it would happen in the third quarter of this year.

Odds and ends. At last check, there was no word on Project Press (a beverage canning operation) over on Kannapolis Parkway. Cabarrus County Commissioners and the Kannapolis City Council approved incentives for the project.

The folks at Cabarrus EDC hope they hear something in the next few weeks about that project.

The response to the 2020 census continues to creep up. I heard a radio ad the other day saying it’s more than halfway complete. Cabarrus County is lagging in the response rate for the region, with 57 percent of households responding. That’s better than the state’s percentage of 55.3 percent, but less than the United States percentage of 59.1.

Are you a Facebook user? If not, don’t worry about this one. If you are, no doubt you will know what I am ranting about. Probably 90 percent of the political posts and COVID-19 posts are false, partially false or somebody’s under-informed opinion. I am pretty close to just getting off the site completely. There are so many good things there, but I can’t get away from the crap.

If it sounds outrageous and I don’t recognize the source as reliable, I am not going to believe it. The Russians, among others, are out there filling up cyberspace with things designed to tear us apart. Please don’t fall for it.

If you have a Friday Five, story suggestion or something I can rant about, email mplemmons@indpendenttribune.com.