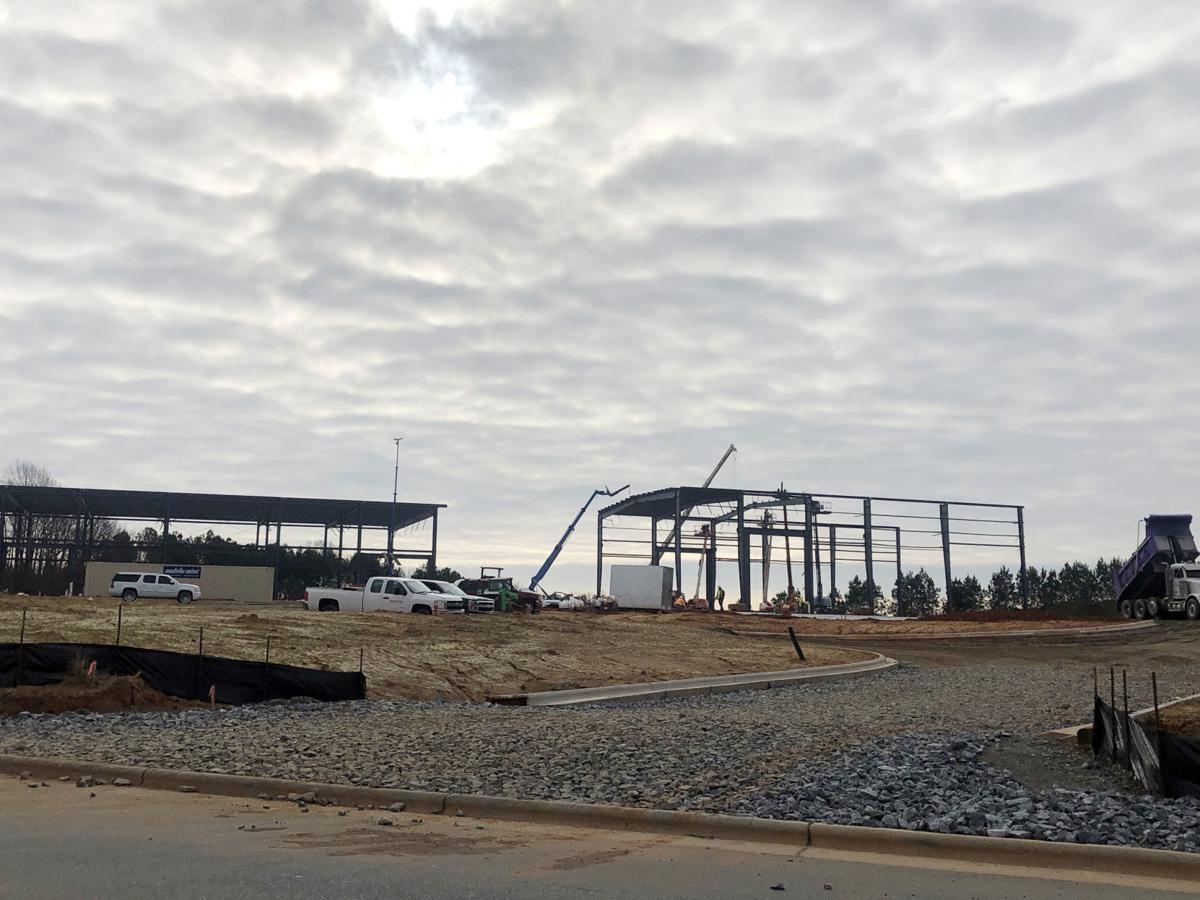 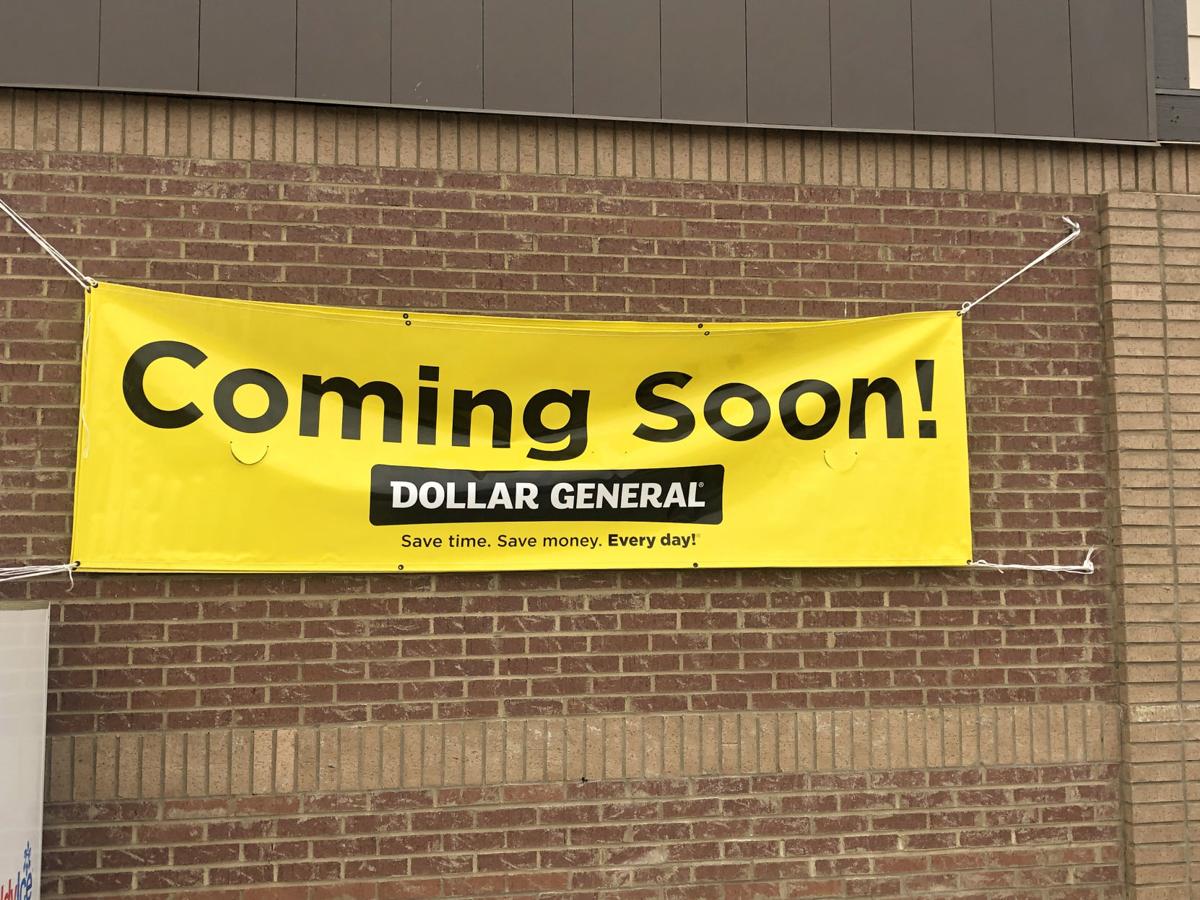 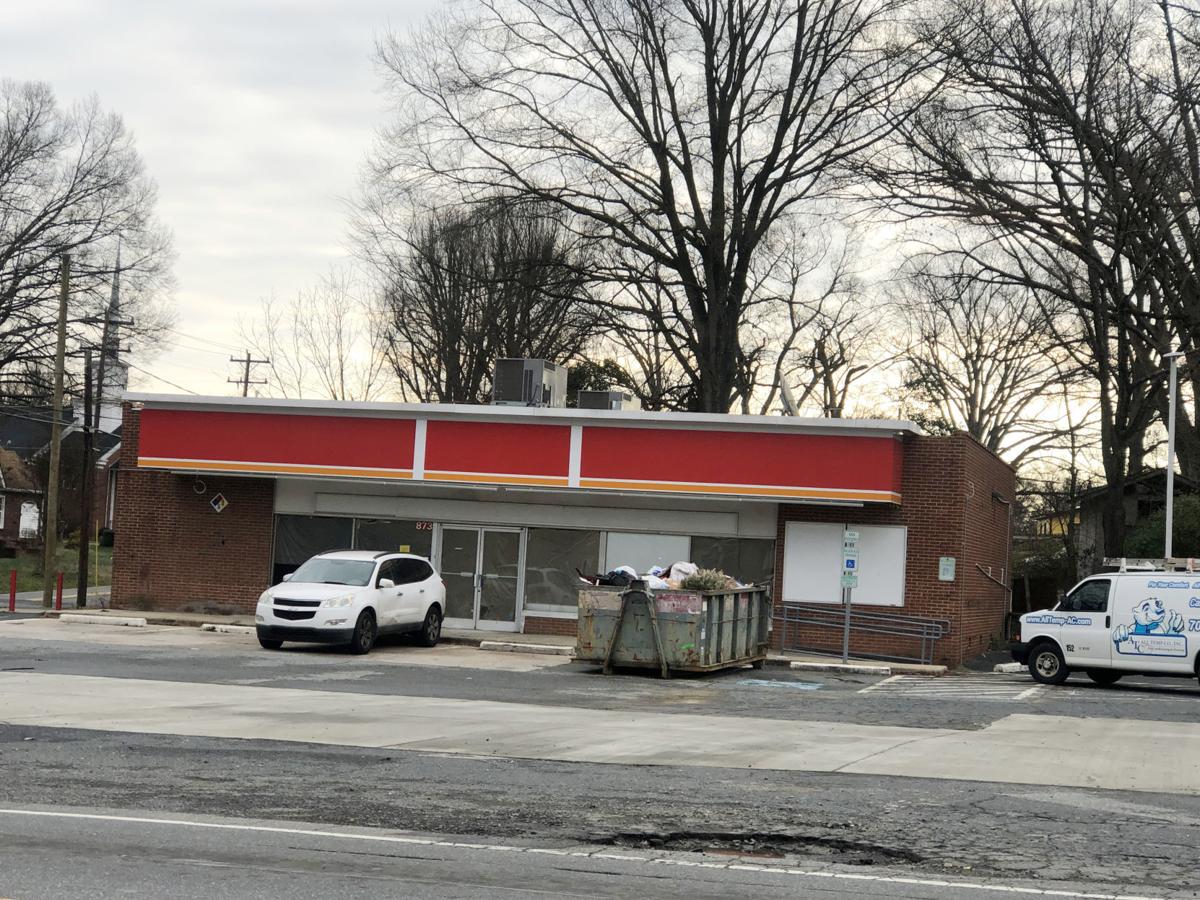 The former Circle K building on Old Charlotte Road at Union Cemetery Road is under going a "cosmetic remodel" but we don't know what business might be coming. Mark Plemmons/Independent Tribune 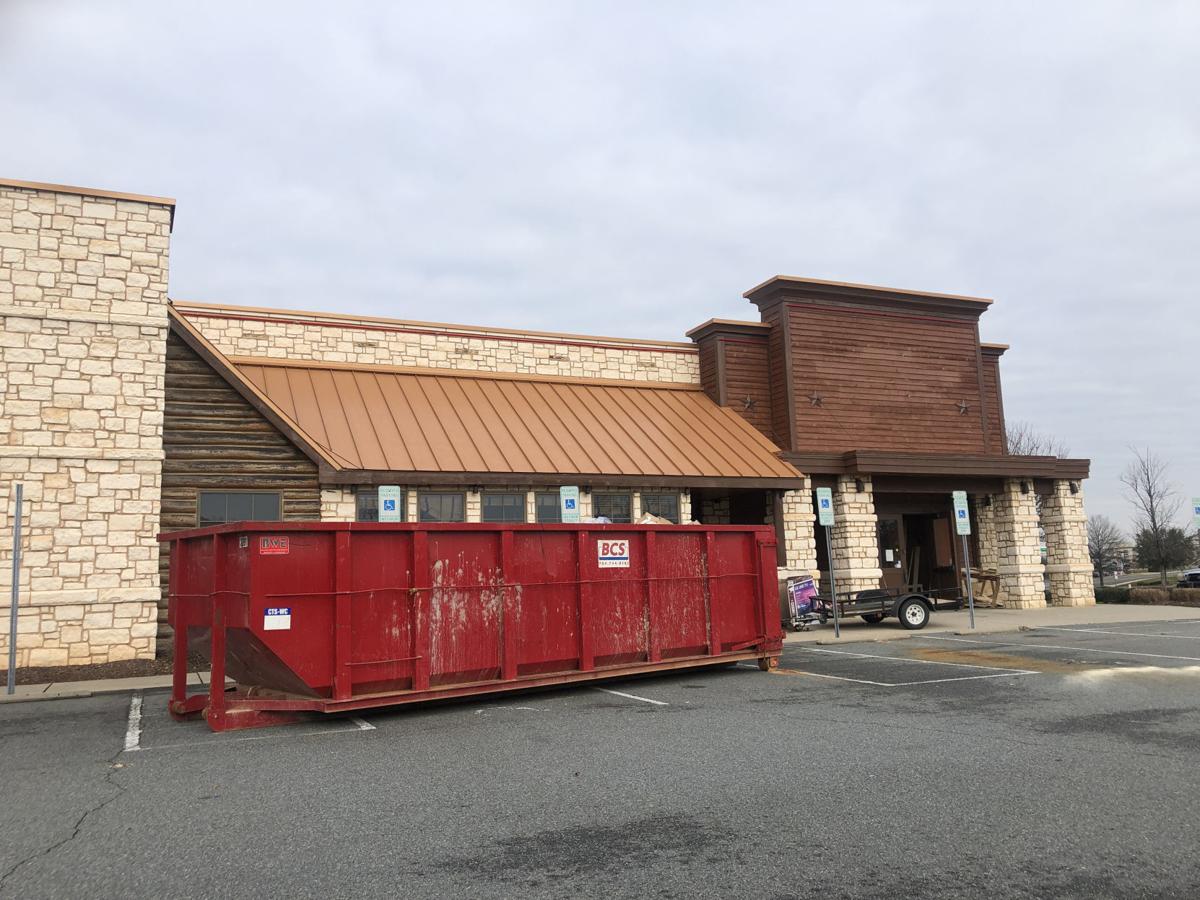 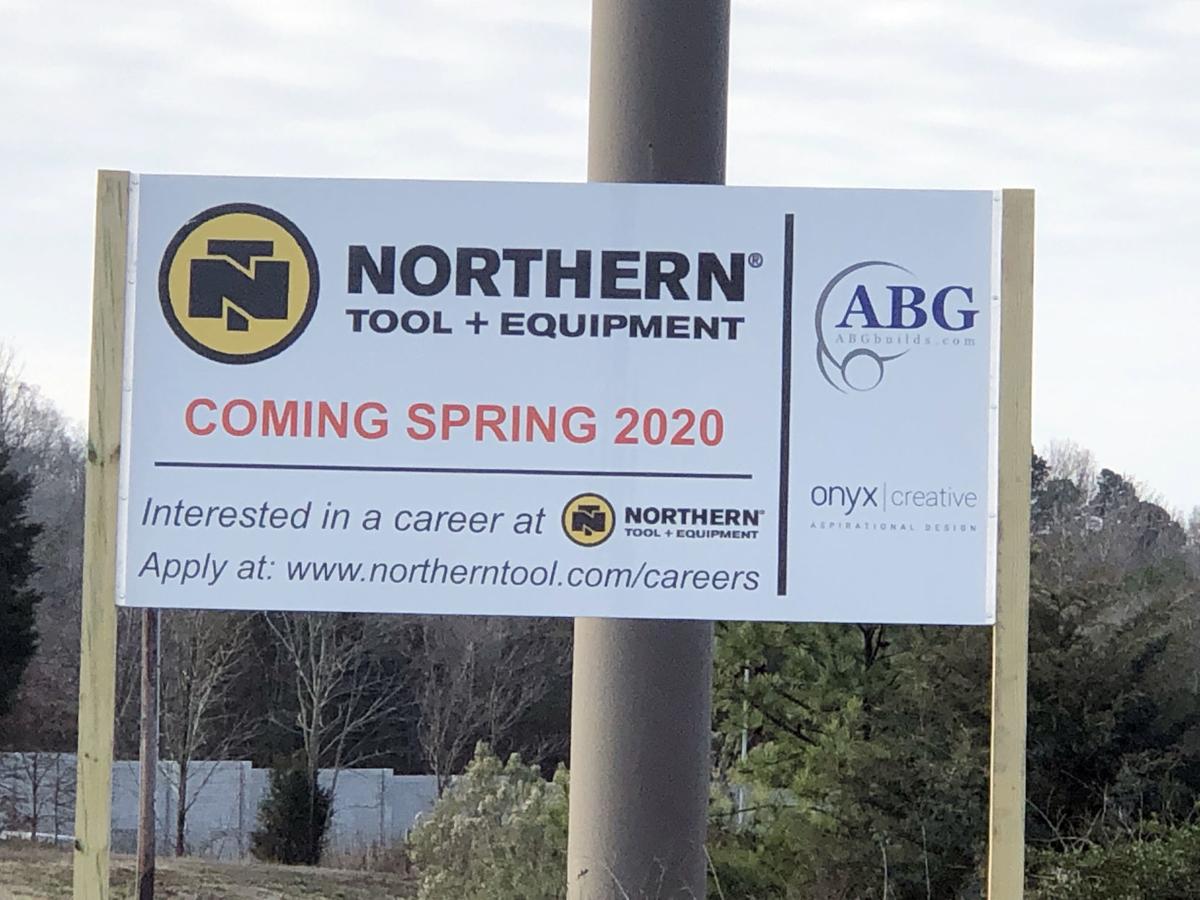 Northern Tool and Equipment is coming to the former Office Max building on Cloverleaf Parkway in Kannapolis. Mark Plemmons/Independent Tribune

The former Circle K building on Old Charlotte Road at Union Cemetery Road is under going a "cosmetic remodel" but we don't know what business might be coming. Mark Plemmons/Independent Tribune

Northern Tool and Equipment is coming to the former Office Max building on Cloverleaf Parkway in Kannapolis. Mark Plemmons/Independent Tribune

After poking around the past couple of days, here’s some of what we’ve learned about a few building projects.

No. 1A construction equipment company coming to International Business Park. Ascendum Machinery Inc. is building on nearly 13 acres in Concord. The project is on Global Avenue Northwest near the big FedEx operation closest to Interstate 85 and N.C. 73.

Ascendum purchased the property in March 2019 for $1.25 million, according to tax records.

The steel frames for two buildings have come out of the ground, and workers were grading the property when we stopped by Thursday morning.

There’s a big Volvo steam shovel on the front page of the site. There may be another name for the giant grader, but we always called them steam shovels. Maybe they call them excavators.

Ascendum has 15 locations in the Southeast and in North Dakota (that seems odd to me).

No. 2Old Office Max building filling quickly. Office Max on Cloverleaf Parkway closed in November, and workers are gutting the building and getting it ready for a new Northern Tool and Equipment to take its place.

The banner says Northern Tool will open in spring 2020.

That will be convenient. Home Depot is right down the hill. I could see hitting both locations on a trip through there — not to mention Tokyo Express and Doc Hops are good places to eat next door if you are up there around lunch or supper.

My favorite is their apple fritter. They cover the top with pecan halves and then glaze it. Words can’t describe how good their fritters are.

No. 3Buildings under renovation. The former Texas Land and Cattle Steak House at 7779 Lyles Lane (off Weddington Road and Bruton Smith Boulevard) is getting a new restaurant.

Permits show that Phillip Tran is putting a King Crab Shake Shake restaurant there. Work is underway on the 5,000-square-foot building, and the King Crab could be open as early as March.

What’s the deal with all these new crab restaurants?

The former Circle K building on Old Charlotte Road at Union Cemetery is being renovated. Permits say it is a “cosmetic remodel” before a new business opens. We don’t know what the new business might be.

There’s not a lot of work being done. The permit showed an estimated value of the work at $20,000. Hickory Woods Inc. has owned the property since 1974. The work is being done by Edirissa Sallah and Emr Extreme Builders LLC. We’ll keep an eye on this one. It’s been a convenience store location for as long as I’ve lived in Cabarrus County.

No. 4The rumor mill. A lot of these spec buildings are filling up pretty quickly. We don’t have a lot of names. Many are distribution operations, and even if we had a name, it wouldn’t mean much to us. The good thing is they still create jobs and increase the tax base.

One rumor we’re hearing and a couple of people have said, “I could see that happening,” is Amazon looking for a third location in Cabarrus County.

Amazon filled the Derita Road building pretty quickly as well as the massive building off N.C. 73/Kannapolis Parkway. There are still lots of job ads being floated for the company. Anybody know who Amazon’s community-relations person is locally?

No. 5Insensitive comments, ‘nutjobs.’ In last week’s Friday Five, I used the word “nutjobs” when ranting about red-flag laws and the Second Amendment.

I used that term intentionally for two reasons: 1. I felt like that is what some of our audience would understand. 2. I can’t help but feel animosity toward someone who walks into a school, church or other public place and opens fire. I don’t care that they are mentally ill — I still feel anger toward them and toward the helplessness we all have in those situations.

This should be an apology, but it’s not. Chalk this up as an explanation. Mentally ill people need help, and they don’t need stigmas that would keep them from getting help or from living their lives in peace after they have been treated. These are our neighbors, family and friends. My father suffered from PTSD (they used to call it shell shock), and one of my grandmothers was in and out of Broughton Hospital several times. I’ve seen mental illness up close. Certainly they weren’t nutjobs, nor are others suffering from depression and other such ailments.

When a mentally ill person commits a heinous crime, it’s really hard to walk back from the “nutjob” category. We as a society and I as a person struggle with forgiveness and second chances. It’s something I need to work on.

No. 5AOpening soon. The Dollar General has a big “opening soon” sign and workers are stocking the shelves with merchandise. I still can’t figure out why a couple of those folks who live out there are so angry about the store.

The thing I would be concerned about is the mountain range rising from the BFI/Speedway landfill. I call it Mount Bruton (for our friend O. Bruton Smith), and the Jay M. Robinson students call it “Mount Trashmore.”

It is crazy how big it is getting. Maybe Parks and Rec can sponsor some mountain-climbing classes out there pretty soon.

If you have a Friday Five, story suggestion or something I can rant about, email me at mplemmons@independenttribune.com.